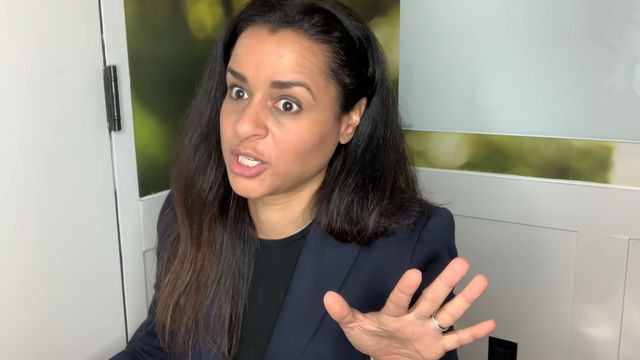 Sarah Cooper has made a name for herself over the past few years as a comedian, but she really blew up this year with the help of TikTok. She posts humorous videos of herself lip-syncing to Donald Trump and whatever nonsensical thing he’s said this week. She’s even been blocked by Trump on Twitter, which is an honor in its own right. She has the hashtag #blockedbytrump in her Twitter bio, wearing it like a badge of honor.

Recently, it was announced that Cooper would be getting her very own Netflix special. The special will be entitled Sarah Cooper: Everything’s Fine. According to the L.A. Times, Netflix says the special will be a “variety special full of vignettes dealing with issues of politics, race, gender, class, and other light subjects,” along with guest interviews, sketches, and more.

Sarah Cooper blew up this year, especially during the pandemic, with her videos racking over 13 million views on Twitter and her most popular TikToks getting 3 million views. Cooper’s success has also translated into mainstream media, as she just guest-hosted an episode of Jimmy Kimmel Live.

Cooper was already making a name for herself in the comedy world long before she started making these videos. While she was still working, she was doing stand-up comedy on the side. Shortly after that, she ended up writing two books, 100 Tricks to Appear Smart in Meetings and How to Be Successful Without Hurting Men's Feelings. The former was based on a blog post she wrote that went viral.

Cooper, who calls Trump her ‘head writer,’ took to Twitter to confirm the news of the Netflix special where she thanked everyone for their support.

It’s true! I’m getting a Netflix special! And I couldn’t have done it without all your support, THANK YOU SO MUCH ❤️❤️❤️

Sarah Cooper: Everything’s Fine will be directed by Russian Doll and Orange Is The New Black star Natasha Lyonne, and has SNL vets Maya Rudolph and Paula Pell as the executive producers. The special is set to premiere sometime this fall on Netflix.

Why Do All These Women Keep Accusing Me Of Sexual Harassment?

Tags: Sarah Cooper , Donald Trump , Netflix , TikTok , satire , politics , comedian , comedy
Support Feminist Media!
During these troubling political times, independent feminist media is more vital than ever. If our bold, uncensored reporting on women’s issues is important to you, please consider making a donation of $5, $25, $50, or whatever you can afford, to protect and sustain BUST.com.
Thanks so much—we can’t spell BUST without U.