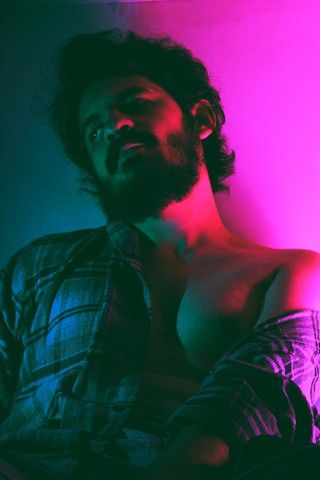 #beautifullybisexual has been trending on Twitter since last night and bi folks are feeling themselves. People are tweeting out their best selfies with the hashtag “#beautifullybisexual,” and it’s honestly overwhelming. Here are a few to start us off:

i heard #beautifullybisexual was trending n if ya don’t know now u do lmaooooo ? pic.twitter.com/ZcXt30xf7l

oh shit. i think they talkin ab me. #beautifullybisexual pic.twitter.com/84iGAOLlh1

While the trend is definitely about bisexuals serving up looks, it’s also about visibility. Although we’ve been getting more openly bi characters in the media, such as Brooklyn Nine-Nine’s Rosa Diaz or Kat Edison from The Bold Type, it’s hard to find representation that encompasses our whole community. With this hashtag, however, bi folks are resisting erasure and demonstrating the myriad forms in which bisexuality can exist.

I wanna see more #beautifullybisexual Muslims! I love being a queerjabi and I love our community ? pic.twitter.com/6ITlgZxO5F

Contrary to popular belief, asexuals can be part of the bi community. Twitter user @DeansPistol writes “I’m Asexual but Biromantic does that count.” The answer is yes, of course it counts! Attraction encompasses both romantic and sexual attraction, which is something we should remind ourselves of more often.

I’m Asexual but i’m Biromantic does that count ? #beautifullybisexual pic.twitter.com/mNsCTdesd0

Bisexual men have also been using the hashtag to increase their visibility. In a world that deems any man who has sex with other men as strictly gay, bi men are showing us that they exist and are here to stay.

Men are often discouraged for their bisexuality. If this is you, just know you are #beautifullybisexual and deserve to be who you are in your purest form. Much love ❤️ pic.twitter.com/7ks0wpxupb

It’s also important that we see more gender-nonconforming and nonbinary bisexuals. The term is still incorrectly assumed to exist within the binary; many people think being bisexual means being attracted to only men and women. Some may define it differently, but bisexuality is generally defined as the attraction to more than one gender identity.

Since #beautifullybisexual is trending here’s some of my extremely varied looks. I’m bi and gender fluid and PROUD!!! ??? pic.twitter.com/oNXCVFsY7F

And then there's those who are using this as an opportunity to come out. It warms my heart.

#beautifullybisexual yes this is my coming out post, and what about it?

love who u want to love ??? pic.twitter.com/KiNViG424n

#beautifullybisexual Guess this is me coming out.. again LOL pic.twitter.com/i3XuNnRxHE

In a time where many queer folks have to put up with homophobia and biphobia at home, it's refreshing to see this small way of building community.