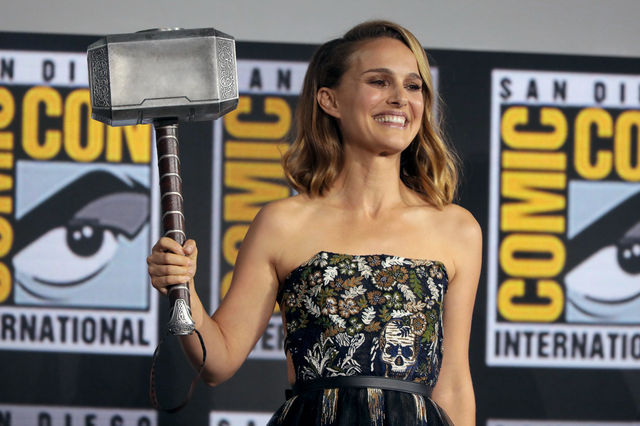 Los Angeles is about to get a new professional women’s soccer team, thanks in part to Natalie Portman. On Tuesday, June 21, the National Women’s Soccer League awarded a group led by Portman the rights to form a franchise in LA. The team has not yet revealed the official name although it is tentatively named Angel City, and is still in early stages of development. The NWSL only has about nine teams throughout the United States.

The group that’s led by Portman also has some other notable names such as America Ferrera, Jennifer Garner, Eva Longoria, Alexis Ohanian, Serena Williams, Mia Hamm, Abby Wambach, among others. Portman told PEOPLE, “We started going to games, and we quickly became really passionate fans of the sport. But we slowly started seeing that it wasn't getting the celebration it deserved.”

Alexis Ohanian, co-founder of Reddit and husband to Serena Williams, is the lead investor of this group through his firm Initialized Capital. The investment group is majority woman.

Having a women’s soccer team in Los Angeles would be huge, considering that L.A. is home to the second-largest sports market in the country. Of having it in Los Angeles, Portman commented, “We just started thinking about, what if there was a team in L.A.? We're the center of entertainment in this country for media. What can we do to change the way people are paying attention to this sport? Obviously, the players themselves have been incredible and have brought so much attention, but everything hasn't always followed their success and their popularity.”

Portman says, “[We want to] expand those sports heroes — and those sports modeling behaviors — to have women in those positions, too. To celebrate women at the same level as the way we celebrate male athletes is culture-shifting.”