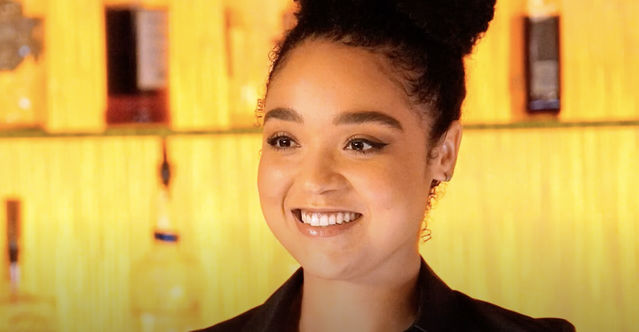 Actress Aisha Dee calls for more diverse storytelling behind the camera in an Instagram post about her time on her show The Bold Type. Dee hopes that with this open letter, the show can “really practice the things The Bold Type teaches, by acknowledging mistakes and making commitments to be better in the future.”

Dee plays Kat Edison who is queer on the series that follows three millennial women through romantic relationships and career paths at the fictional Scarlet Magazine. As a biracial woman, Dee was also very open with her experiences growing up in Australia, “in very white, very conservative spaces”. Her experience coming to grips with her identity has also affected her career including her role on the Freeform show. Dee points out in her statement how the role came to her when her self-esteem was at a very low point.

“For the first time in my career, I got to play a character who was centered in her own narrative. She wasn’t just the white character’s ‘best friend’. She was empowered and confident, she approached the exploration of her queer identity with an open heart, and was met with nothing but love and acceptance. Kat Edison: unapologetic, outspoken, brave, the woman I always wished I could be.” Dee wrote. So, inspired by Kat’s character, Dee wanted to address some issues that Freeform and The Bold Type need to reflect and act on.

Dee says that it took “three seasons to get someone in the hair department who knew how to work with textured hair,” and two seasons to get any BIPOC in the writer’s room, “and even then, the responsibility to speak for the entire Black experience cannot and should not fall on one person.”

She pointed out how that behind the scenes, there were no queer Black or Muslim writers on staff when they wrote that tumultuous love story of Kat and Adena. Dee also has a problem with a storyline for season 4 of The Bold Type, where Kat is romantically involved with a conservative woman named Ava, whose homophobic father runs a gay conversion camp.

“The decision to have Kat enter into a relationship with a privileged conservative woman felt confusing and out of character. Despite my personal feelings about the choice, I tried my best to tell the story with honesty, even though the Kat I know and love would never make these choices. It was heartbreaking to watch Kat’s story turn into a redemption story for someone else, someone who is complicit in the oppression of so many. Someone whose politics are actively harmful to her communities.” Dee wrote.

“I could list every microaggression and example of problematic behavior I’ve encountered throughout my career, but I’m not writing this for sympathy or to incite anger — I’m writing this in the hopes that the people who come next don’t have to experience the things I have,” Dee said, continuing to explain her what it is like for her as a Black woman in Hollywood.

In an interview with BUST, Dee spoke about how she wants to write about her own experiences, “I'm also kind of working on trying to share some stories of my own because obviously, you know, we need to see more stories that are for us and by us and I think playing Kat has really motivated me to be more confident and kind of saying, like, ‘Oh, I think I can do this’. Maybe a few years ago I wouldn't have said that, but now I feel really motivated to be in the driver's seat and to tell stories that I find really interesting, too.”

She also talked about what she hopes The Bold Type will explore in the future, “I would also really like Kat to have a queer community around her. It makes sense to me that, you know, as someone who is discovering her sexuality and moving in queer spaces, I would love to see her have more queer friends and friends that are people of color, too. I think it's really important to see more than one person in the room at a time.”

Along with many other people in the industry, her costars of the show, Meghann Fahy (Sutton) and Katie Stevens (Jane), reposted Dee’s open letter and supported her in the comments.

“Our goal on The Bold Type is and has always been to tell entertaining, authentic stories that are representative of the world that Kat, Jane, and Sutton live in — we can only do that if we listen,” the statement reads.

Actress Aisha Dee concluded in her statement on Instagram, “By speaking out, I’m taking a risk. It’s scary, but it’s worth it. This is not a judgment. This is a call to action. We deserve to see stories that are for us, by us.”

Watch the trailer for season 4 of The Bold Type:

Header image of Aisha Dee from The Bold Type via YouTube.