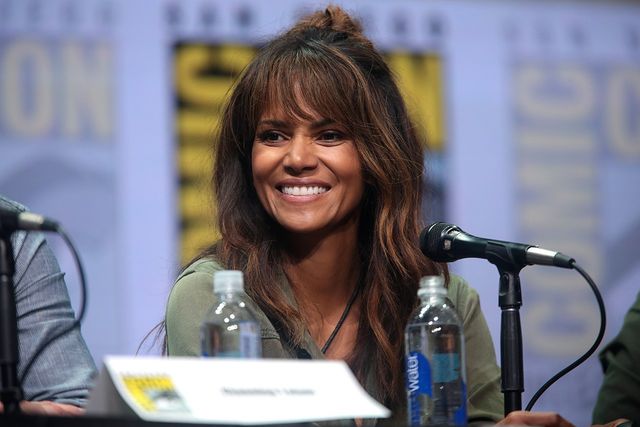 Over the weekend, actress Halle Berry was under fire after having made some comments regarding playing the role of a transgender man. During an Instagram Live, Berry spoke with her hairstylist, Christin Brown, and said that she was preparing for the role of playing a transgender man, but was not yet a member of the cast.

Throughout the Instagram Live which is now viewable via IGTV, Berry misgendered the transgender man she said she was considering playing multiple times and said that his story was a “female story.” Berry also stated that she was interested in the role because “who this woman was is so interesting to me.” It’s important to note that misgendering is an act of violence against trans people.

One commenter on Christin Brown’s post stated, “Trans people are so very tired of cis actors taking up roles that so many trans people would give anything to play. Halle Berry, please reconsider this, especially given you’ve already misgendered your character from the jump. Your language is damaging. A woman doesn’t transition into a man. He is and always was a man. If you’re already not using the right terms from the jump you have no business playing this role.”

Another said, “Please rethink this role. There are plenty of us trans actors who are more than capable of telling our stories, myself included. We fight tooth and nail for representation in Hollywood, and receive the least amount of it. Please let US tell OUR stories.”

After the backlash, Berry posted an apology to her Twitter stating that she was no longer considering the role and said, “As a cisgender woman, I now understand that I should not have considered this role, and that the transgender community should undeniably have the opportunity to tell their own stories.” She promises to be an ally for representation. It should be noted that Berry does not explicitly apologize for misgendering the transgender man she was thinking of playing.

Berry’s statement was well-received by LGBTQ+ organization GLAAD who tweeted, “We are pleased that Halle Berry listened to the concerns of transgender people and learned from them.” GLAAD also shouted out the new Netflix documentary Disclosure: Trans Lives on Screen which talks about trans representation in media. The account for the documentary also tweeted, “Thank you Halley Berry for listening and learning.”

We are pleased that @halleberry listened to the concerns of transgender people and learned from them. Other powerful people should do the same. A good place to start is by watching @Disclosure_Doc to learn about trans representation in media. https://t.co/SAxSvXxbk3

Thank you @halleberry for listening and learning. We hope #DisclosureNetflix is one of many educational tools you and others can rely to inspire and strengthen allyship. https://t.co/SA71QFsgAN

.@halleberry Thank you for hearing us and for taking the time to listen and understand our concerns. Furthermore, I appreciate your vow to take action and use your platform to promote better representation and opportunities for marginalized artists on both sides of the lens. ?✊? https://t.co/gistCQV0xG

The Netflix documentary was directed and produced by trans man, Sam Feder, and offers insight into the transgender representation problem that the media seems to have. It features many trans actors such as Laverne Cox, Brian Michael Smith, Mj Rodriguez, and Elliot Fletcher. The documentary has gotten rave reviews from critics and is available to stream on Netflix.

This story might be familiar as Scarlett Johannson also was up for consideration for a transgender role but ended up rescinding her consideration after considerable backlash. This isn’t a problem that is unique to Berry, Hollywood has had a history of casting cis individuals to play trans characters such as Eddie Redmayne’s performance in The Danish Girl and Jared Leto in Dallas Buyers Club. Having a cis person play a transgender person reinforces the false idea that being transgender is a costume, as transgender actress, writer, director, producer, and activist Jen Richards explains in a video from 2017 about Matt Bomer playing a trans woman in the movie Anything. In the video, Richard states that “When Jared Leto gets up and accepts his award for playing a trans woman with a full beard, the world thinks, ‘Oh, okay, underneath it all, it’s still a man. Behind trans women, it’s really just a guy with good makeup and good hair, etc.’ And that’s true for those men who are playing these parts but it’s not true for actual trans women who live our life 24/7 as women and have always been women even before we transitioned.”

There are plenty of talented trans actors that can play trans roles, and when cis people portray trans characters, not only are they reinforcing dangerous ideas about what it means to be trans, they are taking away opportunities from a marginalized group. The kind of ideas that cis people playing trans characters reinforces leads to violence against trans people, something we have seen far too much of this year, especially towards Black trans women.

Having cis actors tell transgender stories also actively takes away work from transgender actors. There are many talented trans actors who haven’t had the opportunity to tell their own stories because Hollywood has given the roles to cis people instead, in order to make the characters and the story more palpable for a cis audience. We need to let transgender people tell their own stories. While there have been strides in recent years when it comes to representation, this is clearly a sign that we still have a lot more work to do when it comes to transgender actors and characters.

It is good that Berry is stepping back and no longer considering taking the role but that is just one step. We must do better when it comes to transgender representation, and we must listen to and uplift transgender voices.