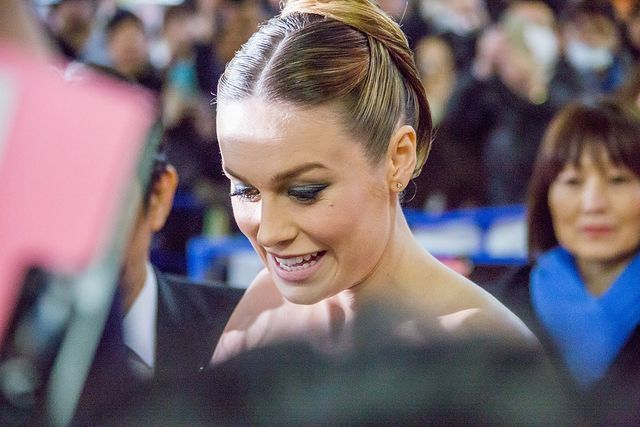 Earlier today actress Brie Larson, best known for Captain Marvel, joined the many celebrities who have made YouTube channels in recent years such as Jack Black and Will Smith. She uploaded her first YouTube video called “So, I made a decision…” and announced that she was starting a YouTube channel. She goes on to say that YouTube has been a place that has helped her learn about a myriad of things, and that the website is “the place to talk about things are important and that matter.” Larson states that there will be a mixture of silly content, creative expression, deep conversations, anti-racist information, and inclusive content.

In her first video, Larson videochats with friends, family, and YouTube creators. Some of the YouTube creators that she talks with include ASAPScience, Lilly Singh, and Connor Franta, among others. She explained she was reaching out to these creators because she thinks they “have been able to do what I think are really interesting, creative, and humane, and empathetic things on the platform.” She asks the YouTube creators about what kind of content she should make, tech tips, and using YouTube for good.

This content is completely different from what we’ve seen from Larson before, since YouTube is a much more personal platform. In the video, she says, “People know me so much through another lens, through a director’s vision, through a photographer and it’s fine…” but she wants people to know herself through her own lens. She says she’s not sure what kind of videos she’s going to make but she says that she loves “talking to people, learning, food, [and] video games.” Of using YouTube as a platform for good and change, Larson states that “I’m a white woman with privilege and a platform so it just doesn’t make any sense to me to just make it all about me the whole time.”

At the end of the video, Larson says that she’s including Black creators that are talking about Black Lives Matter, and she intends to continue conversations like that on her channel, but notes “it’s important to recognize that those people with boots on the ground doing this work in a very profound way and you should hear it from them.” Some of the Black creators that Larson shouted out include Aaron Phillips, Janet Mock, Mengwe, and Mj Rodriguez. For the full list, make sure to check out the description on her first video.

People on Twitter were quick to react to Larson’s announcement of her new YouTube channel and "Brie Larson" trended on Twitter moments after the video dropped.

brie larson being a youtuber is the only good thing of 2020 pic.twitter.com/oZOjkOsW5k

brie larson running out of the room so she can show her switch on camera is the most brie larson thing she has ever done pic.twitter.com/WUpyxfUxqN

Only hours after creating her first YouTube video, Larson already has over 47,000 subscribers. If you’re looking for a good replacement for Shane Dawson after his many controversies, we suggest subscribing to Brie Larson.

Brie Larson As Captain Marvel Soars At The Box Office