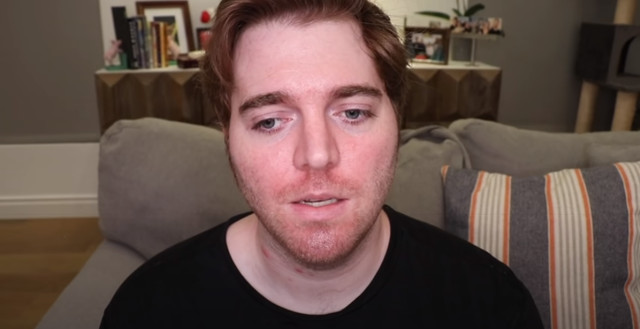 Now, I haven’t been keeping up with all the drama—I refuse to watch another 40-minute Tati video—so I don’t know exactly what’s going on with Tati and Jeffree Star and James Charles and all of that.

However, I do know that many of Shane Dawson’s old videos have resurfaced (again) and many are calling for the YouTube veteran’s end on the platform.

Dawson previously addressed these misdeeds in the past but made another video on June 26 apologizing for them again and vowing to do better in the future. However, many online are saying that his apology was full of excuses and pointed out that he was an adult when he made the videos and should have known better.

Shane Dawson’s racist and problematic behaviour is on another level, sorry but that “apology” wasn’t enough... in fact it wasn’t an apology at all it was just full of the same old excuses...why are black people always your f*cking punching bags?!

Others have called the apology insincere and pointed out that despite his previous apology for similar jokes, he continued to sell and promote “Shanaynay” merchandise — a "ghetto" character—and made money off of the racist videos on his channel up until recently.

Why Shane Dawson didn’t take accountability, hasn’t changed, and why I’m not accepting his apology: a thread pic.twitter.com/fz50otH5xU

Since then, YouTube has announced that it will temporarily suspend monetization of Shane’s three channels (with a total of roughly 34.4 million subscribers), according to TubeFilter. However, it is not clear how long this suspension will last and what lasting consequences Dawson will face on the platform.

The platform did something similar when Logan Paul uploaded his infamous Japanese suicide forest video in which viewers saw Paul and his posse filming with and making jokes about a man they found who had recently committed suicide. Paul’s ad revenue was temporarily suspended but quickly returned and his channel hardly took a hit from the incident, according to The Verge.

Dawson has been facing consequences in other aspects of his career as well. According to Insider, Target has announced that it will no longer sell Dawson's two books: I Hate Myselfie and It Gets Worse. Makeup brand Morphe removed Dawson's Conspiracy makeup line from its website, which he created with beauty YouTuber Jeffree Star, who is also facing backlash. According to Insider, Morphe has not publicly announced why the products were removed, but they no longer show up on searches of the website.

This all seems to be an attempt to clean up the platform. Earlier this week, YouTube removed channels of people like former KKK leader David Duke and white supremacist Richard Spencer for violating the website’s laws on hate speech, according to The Guardian.

Whether or not this is a sign of significant progress for the website, it definitely sends a message to creators and viewers alike about what racism can get you on YouTube.

Blackface: Simplified For Those Who Still Don't Get It

Tags: racism , youtube , Shane Dawson , blackface , demonetization
Support Feminist Media!
During these troubling political times, independent feminist media is more vital than ever. If our bold, uncensored reporting on women’s issues is important to you, please consider making a donation of $5, $25, $50, or whatever you can afford, to protect and sustain BUST.com.
Thanks so much—we can’t spell BUST without U.