Cancel Culture or Accountability? Jenna Marbles Steps Back From YouTube 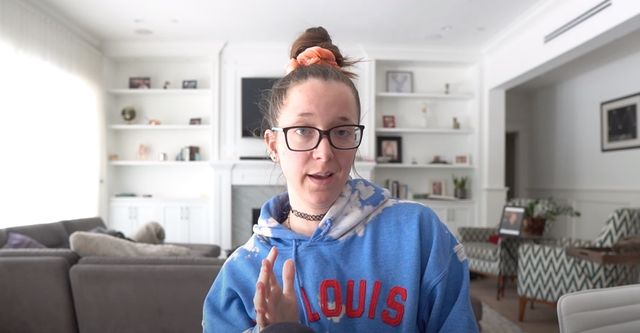 YouTube sensation Jenny Mourey, better known as Jenna Marbles, announced that she would be stepping back from her channel after being asked to apologize for racially offensive videos. On Thursday, June 26, she uploaded a video titled “A Message” in which she apologizes for performing in blackface and making racist remarks in one of her rap songs.

The first video she addresses, which is now private, depicts Mourey impersonating Nicki Minaj in blackface. She states, “It was not my intention to do blackface. But it doesn’t matter - because - all that matters was that people were offended and it hurt them.” In the second video, also from 2011, Mourey raps the lyrics, “Hey Ching Chong Wing Wong, shake your King Kong ding dong” and agrees that the lines are blatantly racist and offensive.

She also acknowledges past videos where she slut-shames women that “ran around and slept around,” claiming she had “a lot of internalized misogyny,” explaining that the video does not “reflect my attitude towards anyone and their bodies.” Additionally, Mourey apologizes for videos in which she stereotypes men and women on the basis of gender.

The responses to the apologies have been mixed. Many are upset about Mourey’s decision to leave YouTube and are blaming “cancel culture,” in which public figures are held accountable for doing something problematic. Sky Williams, another YouTuber, tweeted, “We need to celebrate REFORM AND CHANGE instead of condemning the past...She has proven she’s grown. She’s shown her growth in her work and life. FREE HER.”

Regardless of whether or not cancel culture ended the Jenna Marbles platform, it was ultimately Mourey’s decision to stop making content. The public held her accountable for her actions, and she thought that the best response would be to take a step back. To me, that has nothing to do with cancel culture, but accountability.

Y'all know Jenna Marbles left on her own volition, right? Like, she even said no one came for her neck. She added shit she did that no one was talking about *on her own reflection.*

Y'all don't know what growth looks like and it shows.

On the other hand, I do take issue with the fact that other male public figures, such as Shane Dawson, who donned blackface multiple times and made jokes about pedophilia, continue to make content without actually holding themselves accountable.

ARE YALL FUCKING HAPPY NOW CANCEL CULTURE WHERE THE FUCK AM I GONNA GET MY WEEKLY MARBLES, PEACH, CERMET, BUNNY CONTENT NOW JENNA MARBLES WAS THE ONLY YOUTUBER I ENJOYED WATCHING FUCK YALL IM TIRED OF YOU BITCHES #jennamarblesislovedparty #JennaMarbles pic.twitter.com/tqrU4lf1H4

As twitter user @katiplier__ alludes to, we definitely hold women to a higher standard.

But regardless of what other public figures did, Jenna Marbles’ videos were harmful and her decision to apologize and step back shows that she is actually listening and responding to criticism. It’s not about cancel culture, but knowing when to apologize and make space for other voices.