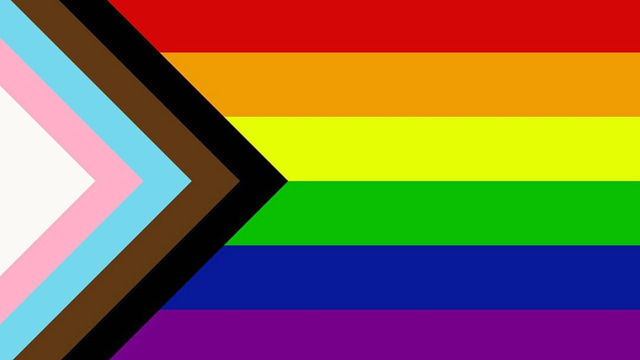 With pride month coming to an end, we must celebrate young adult literature that features LGBTQ+ characters. Unlike usual queer and trans media, these books will not have unnecessary pain, death or sad endings. At times heartbreaking and joyous, these books are both a celebration of life, friendship, and love, and a shining example of hope in the face of adversity. So, here is our list of 13 young adult novels about queer and trans identities: 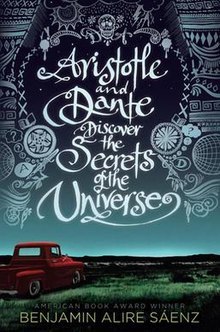 Aristotle and Dante Discover the Secrets of the Universe is a coming-of-age YA novel by Benjamin Alire Sáenz. Set in El Paso, Texas in the 80s, the novel follows two Mexican-American teenagers, Aristotle Mendoza and Dante Quintana, their friendship, and their struggles with racial and ethnic identity, sexuality, and family relationships. 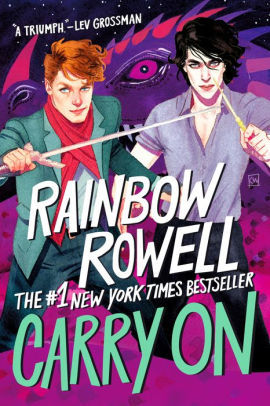 Carry On by Rainbow Rowell follows Simon Snow, the "Chosen One" of the Magical world, prophesied to defeat an evil force that has been wreaking havoc on the World of Mages for years. The novel is a spinoff from Rowell's novel Fangirl. "Simon Snow" is the name of the fictional series of novels that the protagonist in Fangirl is a die-hard fan of. There is a behind the scene romance in Carry On between Simon and Baz. Simon tells himself he will figure out his sexuality later and that he doesn’t want to worry about labels, which is a good message for young people questioning their sexuality. 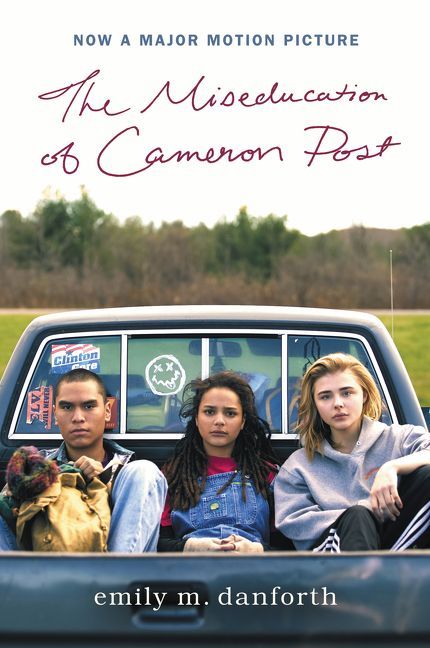 The Miseducation of Cameron Post is a coming-of-age novel by Emily M. Danfort. The novel's protagonist is Cameron Post, a young Montana girl who is discovering her own sexuality. After her parents die in a car crash, she lives with her conservative aunt and her grandmother who force her to attend conversion therapy where she meets other queer people her age. This book was also made into a movie in 2018 staring Chloë Grace Moretz. 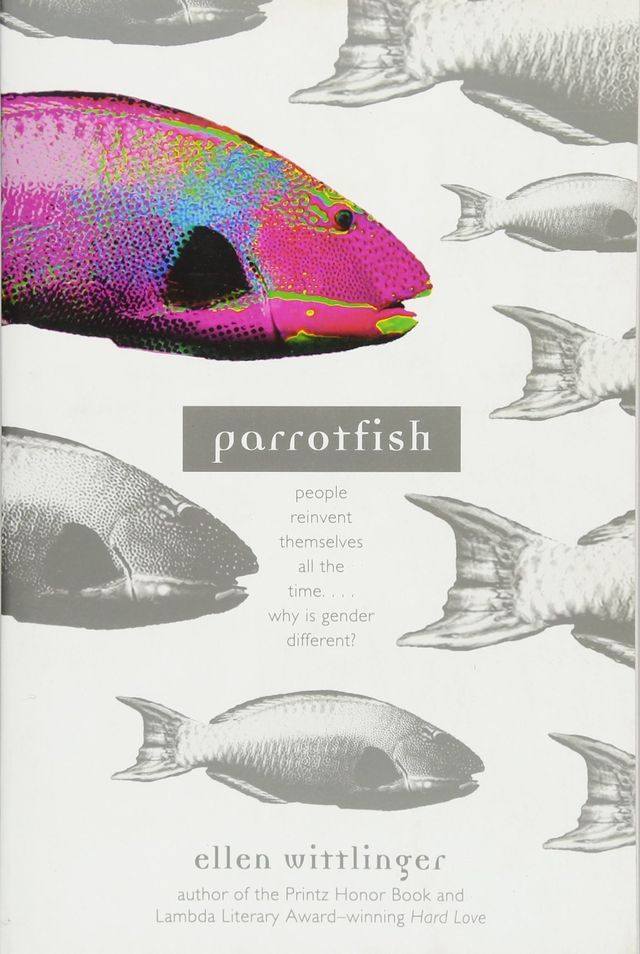 Parrotfish is a groundbreaking novel from author Ellen Wittlinger that tells the story of a transgender teen’s search for identity and acceptance. Grady is happy about his decision to finally be true to himself, despite worrying about things like which gym locker room to use. Although he didn’t expect his family and friends to be happy about his decision, he also didn’t expect kids at school to be downright nasty about it. But Grady also finds unexpected allies in this thought-provoking novel that explores struggles any reader who has been a teen questioning their gender can relate to. 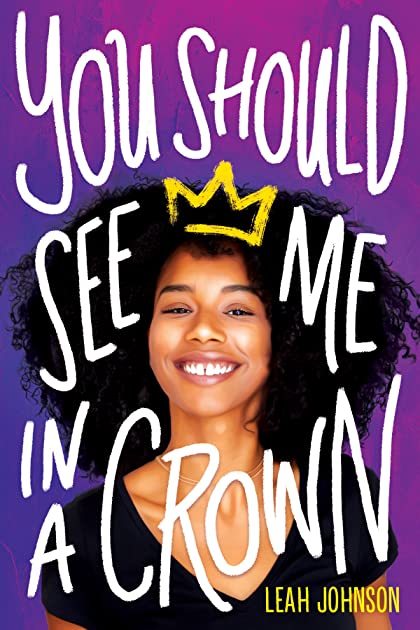 You Should See Me in a Crown is a novel by Leah Johnson published in June 2020. The story follows Liz Lightly, who hatches a plan to leave the 'small, rich, prom-obsessed midwestern town' she lives in because she feels 'too black, too poor, too awkward' to live her best life there. To get a scholarship for her dream school, Liz has to win Prom Queen. And while this is probably the last thing she’d want to do, she meets the new girl Mack who is smart and funny and very cute. This story is light, funny and a great love story. 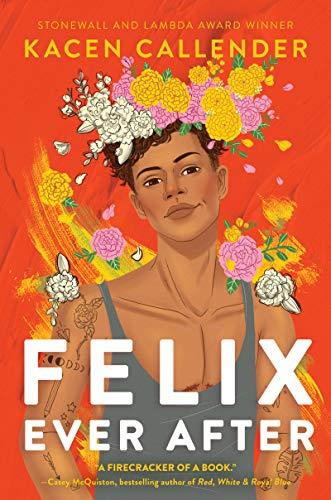 Felix Ever After is a coming of age story by award-winning author Kacen Callender about a transgender teen, Felix, grappling with identity and self-discovery while falling in love for the first time. Even though he is proud of his identity, Felix also secretly fears that he’s one marginalization too many—Black, queer, and transgender—to ever get his own happily-ever-after. But as he navigates his complicated feelings, Felix begins a journey of questioning and self-discovery that helps redefine his most important relationship: how he feels about himself. 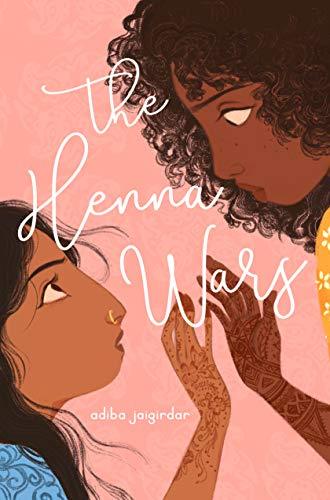 The Henna Wars by Adiba Jaigirdar follows two queer women of color, Nishat and Flávia who fall in love while battling it out during a school henna competition. As the competition heats up, Nishat has a decision to make: keep her sexuality a secret from her family, or give a relationship with Flávia a chance. 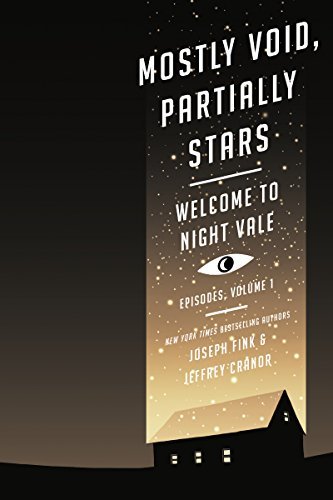 From the authors of the New York Times bestselling novel Welcome to Night Vale and the creators of the #1 international podcast of the same name, comes Mostly Void, Partially Stars, a collection of episodes from Season One of their hit podcast, featuring an introduction by Jeffrey Cranor and Joseph Fink, behind-the-scenes commentary, and original illustrations. It introduces us to Night Vale, a town in the American Southwest where every conspiracy theory is true, and to the strange but friendly people who live there. Itt also follows radio host Cecil and paranormal investigator Carlos as they fall in love. 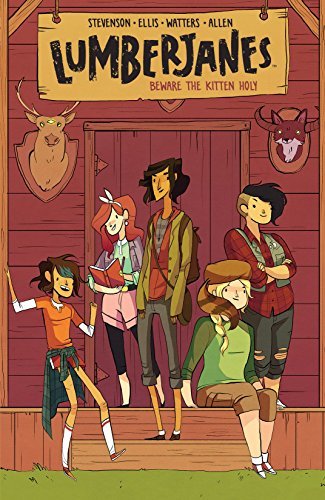 Lumberjanes is a comic book series created by Shannon Watters, Grace Ellis, Brooklyn A. Allen and Noelle Stevenson. The story follows a group of girls named Mal, Ripley, Molly, April, and Jo spending summer at a scout camp, and the strange creatures and supernatural phenomena they encounter there. The characters also are queer and non-binary. It’s a cute story and a fast read to devour. Think of it as an explicitly queer Gravity Falls. 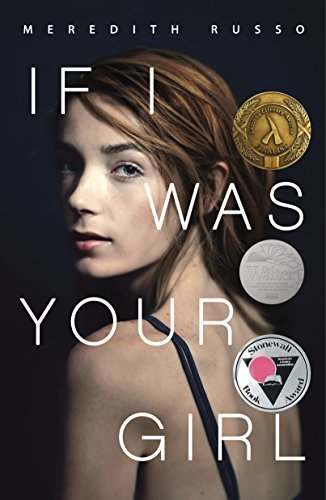 If I Was Your Girl by Meredith Russo is a coming of age story following Amanda, an 18-year-old pretty, popular girl who is hiding a secret. Because she hasn’t always been Amanda. She changes schools for her senior year and now she finally feels like herself. But she starts wondering if she owes her new friends the truth about her past? When she falls in love with a boy and wants to tell him about herself, she becomes worried at how he’ll react. 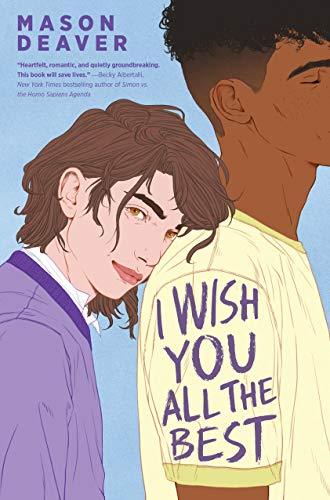 I Wish You All the Best by Mason Deaver follows Ben De Backer who comes out to their parents as nonbinary and is thrown out of their house and forced to move in with their estranged older sister, Hannah, and her husband, Thomas, whom Ben has never even met. Struggling with an anxiety disorder compounded by their parents' rejection, they come out only to Hannah, Thomas, and their therapist and try to keep a low profile in a new school. But what started as a disastrous turn of events looks like it might just be a chance to start a happier new life when he meets Nathan Allen. 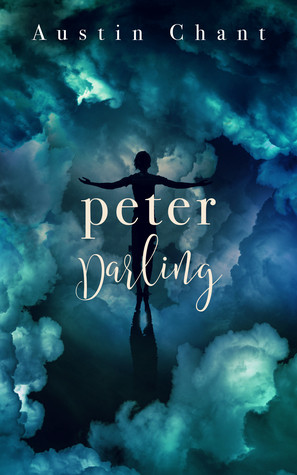 Peter Darling by Austin Chant is a new telling of the famous book by James Matthew Barrie with a trans-twist. It follows Peter Pan about he leaves Neverland to grow up, leaving behind his dreams of boyhood and going back to his as Wendy Darling, a girl. Growing up, however, has only made him realize how he truly is a man. But when he returns to Neverland, everything has changed and he worries how he will fit in anymore. 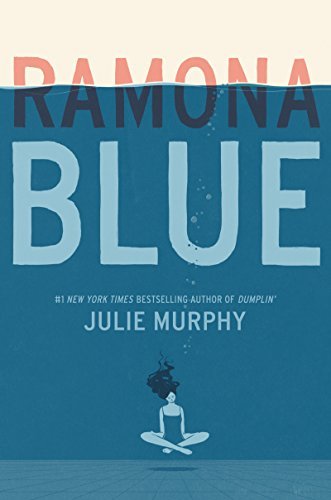 Ramona Blue by Julie Murphy is about a girl named Ramona whose life was changed by Hurricane Katrina forever. Since then, she has to be the adult of the family. When her childhood friend Freddie returns, their friendship picks up right where it left off and he talks her into joining him swimming at the local pool. As Ramona falls in love with swimming, her feelings for Freddie begin to change too, which is the last thing she expected. She had always thought she was a lesbian but now she was questioning her sexual identity. Ramona begins to wonder if perhaps she likes girls and guys or if this new attraction is just some random mistake.

Tags: young adult , novel , pride , gay , trans , lgbtq , queer
Support Feminist Media!
During these troubling political times, independent feminist media is more vital than ever. If our bold, uncensored reporting on women’s issues is important to you, please consider making a donation of $5, $25, $50, or whatever you can afford, to protect and sustain BUST.com.
Thanks so much—we can’t spell BUST without U.