Disney’s Problematic Splash Mountain Ride Will Be Replaced By A New "Princess and the Frog" Theme, Finally 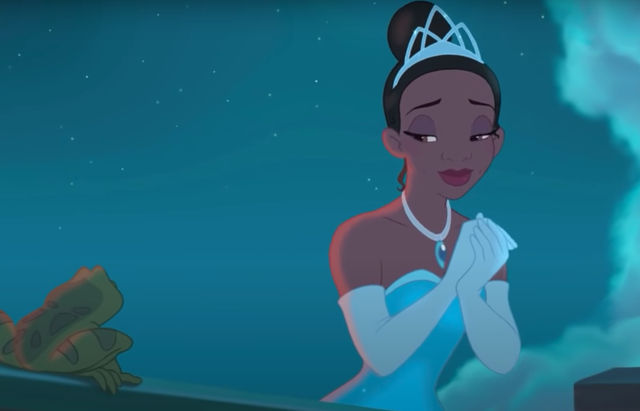 After 30 years, Disney Theme Parks are finally saying goodbye to the notorious Splash Mountain. Known best for its 49 foot drop, making it a must-ride for all thrill-seeking park goers, the log flume ride is based off of the horrifically racist 1946 film Song of The South. Now, the theming of the ride will instead revolve around the 2009 animated film The Princess and the Frog, which features the first Black Disney Princess, Tiana, and takes place in New Orleans during Mardi Gras season. This change comes after 20,000 people signed a Change.org petition to officially remake the racist ride into a Prince and the Frog extravaganza.

While it’s a wonder that the ride was even perceived as okay back in 1989 when it was erected, seeing as Disney has been ashamed of Song of the South for quite some time, there has been significant backlash in recent years calling for the ride to be re-themed or removed altogether. In a recent outcry to remove a number of racist insignias for various sports teams, food products, and other pop culture institutions, Disney finally decided to make the leap and get rid of Splash Mountain’s racist legacy.

Disney has tried its best to conceal the film Song of the South for the past few decades, having placed it on the “Disney Vault” for good back on its 40th anniversary in 1986. Because of this, it would make sense that there are so many who are unfamiliar with the problematic nature of the film. For those who are unaware, Song of the South is a live-action/animated hybrid movie that depicts a man named Uncle Remus telling the story of Br’er Rabbit to a little boy on a plantation in Georgia. Not only are the live-action portions of the film problematic, mainly for grossly romanticizing plantation life, but the animated portions perpetuate harmful and racist stereotypes as well. The problematic nature of the animated portions mainly come in the form of stereotypical and appropriated dialect and vernacular as well as some other unsavory references. Basically, the film should have never been made. And while it seems that Disney would agree for the most part, it is a little strange that Splash Mountain stood as an institution for so long and songs from the film, such as “Zip A Dee-doo-dah,” remain anthems for the Disney company to this day. Most of that, however, is now changing.

Get those racists out and build that princess and the frog ride ?? Tiana runs this bitch now ? #splashmountain pic.twitter.com/oiHsl5pxt3

The Princess and the Frog, which came out in 2009, takes place in the 1920s and follows the story of a young Black girl named Tiana who has dreams of opening the best restaurant in New Orleans. Drawing influence from the fairy tale by the same name, however, Tiana is turned into a frog after kissing a prince who has been tricked by the evil Dr. Facilier. From there, she goes on a journey to get herself and the prince turned back into humans and finally get her restaurant. Of course, The Princess and the Frog is not perfect: many have criticized Disney for the fact that Tiana, who is the first and only Black Disney Princess, and her prince are depicted as frogs for 60 percent of the film. All in all, however, the film is lauded for featuring a number of Black characters and voice actors, depicting the vibrant culture of New Orleans, its Jazz-inspired soundtrack, and giving so many children a princess they can look up to.

While most of the responses to the ride change online have been positive, there have certainly been a number of Disney fans defending the old ride and, seemingly, its legacy. While disheartening, the negative backlash is not altogether surprising. And of course, because the Walt Disney Company is such a force in the entertainment industry who have the power to do a lot more than just get rid of one racist ride, many fans are poking fun at the whole situation as well:

we are turning splash mountain into a chase bank https://t.co/Okbj2NWRKJ

Prior to the announcement that Disney would be re-theming the infamous Splash Mountain to revolve around Princess Tiana, little of her could be found in the park aside from the actress who plays her for meet and greets and the rogue key-chain here or there. The decision to remake Splash Mountain in her honor will also be adding some much needed diversity to the parks. In the Disney Company's official statement, they noted that the ride is intended to be inclusive and serve as something everyone can connect with and be inspired by. "It speaks to the diversity of the millions of people who visit our parks each year," they stated.

Anika Noni Rose, who plays Princess Tiana in the films, responded to the Splash Mountain announcement. “It is really exciting to know that Princess Tiana’s presence in both Disneyland and Magic Kingdom will finally be fully realized!” she wrote. “As passionate as I am about what we created, I know the fans are going to be over the moon. The Imagineers are giving us ‘The Princess and the Frog’ Mardi Gras celebration we’ve been waiting for, and I’m here for it!” Other stars from the film, such as Michael Leon-Wooley who played Louis and Jenifer Lewis who voiced Mama Odie, also voiced their excitement. Heading the project is Charita Carter, senior creative producer with Walt Disney Imagineering. “Like Princess Tiana, I believe that courage and love are the key ingredients for wonderful adventures. I am delighted to be a part of bringing this fun-filled experience to our guests,” Carter stated.

Let me introduce you to the Imagineer heading the creation of the Princess & The Frog ride and bringing Princess Tiana's presence into the parks: Ms. Charita Carter pic.twitter.com/ucJj6fP0lb

Claps for Disney for doing the right thing and celebrating Princess Tiana, but there is still a long way to go. On top of hiring more creatives of color, putting out more diverse films, and perhaps even giving Tiana a much needed sequel, we're only asking that they keep up this energy and take a critical look at some of their other theme park choices. We're looking at you, Small World and Jungle Cruise.

A Woman-Led ‘Star Wars’ Series Is In The Works

Tags: Princess Tiana , Princess and the Frog , Splash Mountain , Disney , Disney World , Disneyland , Walt Disney Company , Song of the South
Support Feminist Media!
During these troubling political times, independent feminist media is more vital than ever. If our bold, uncensored reporting on women’s issues is important to you, please consider making a donation of $5, $25, $50, or whatever you can afford, to protect and sustain BUST.com.
Thanks so much—we can’t spell BUST without U.