Tessa Thompson, Issa Rae, and Over 300 Black Artists Call on Hollywood to Divest From Police 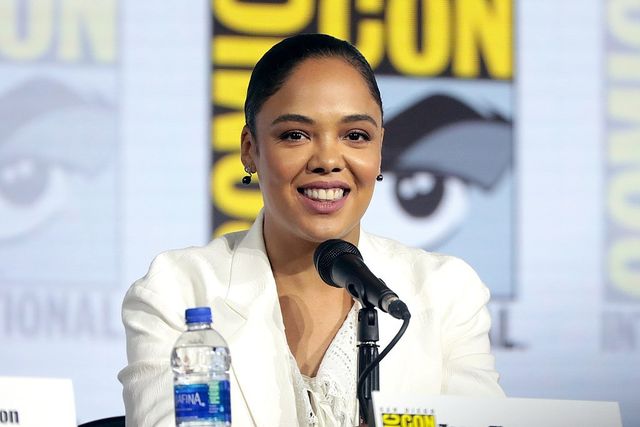 Tessa Thompson, Kendrick Sampson, Viola Davis, Idris Elba, and Billy Porter are a few among over 300 Black artists and studio executives who have signed an open letter calling on Hollywood to divest from the police and anti-black content and to invest in the Black community and anti-racist content. This letter was developed by  Kendrick Sampson and Tessa Thompson alongside Black Lives Matter co-founders, Patrisse Cullors and Melina Abdullah.

The letter details the deep-seated legacy of white supremacy in Hollywood, saying that the “lack of a true commitment to inclusion and institutional support” has only reinforced that legacy. The letter states that Black artists "demand better" and calls on Hollywood to "prove that Black Lives Matter...by taking bold moves to affirm, defend and invest in Black lives."

Further, the letter demands that Hollywood divests from the police by committing to having no police on sets and pressuring any state that Hollywood benefits via tax rebates to divest from police and invest in Black lives. The letter also calls for the industry to divest from the making of anti-black content “that dehumanizes or criminalizes Black people (cis, trans, queer, and mentally ill) and/or champions abuse by law enforcement.”

The letter also includes calls for investment in anti-racist content by having all major studios have “multiple senior level Black executives with budget authority and greenlighting power” and investing “in developing, producing and distributing anti-racist content that humanizes and advances nuanced portrayals of Black people.”

The letter also demands that Hollywood invests in Black careers in Hollywood. Hollywood can do this, the writers continue, by having Black partners and board members in every agency and management company in order to provide support for Black agents and managers. They demand that “every Hollywood institution should have a system of recruitment and ongoing support of Black professionals.”

Lastly, the letter demands that Hollywood invests in the Black community. This includes utilizing Black-owned businesses for PR, catering, etc., having unions expand their accountability, and consulting with organizers.

Some other notable names to sign this open letter are Yara Shahidi, Tiffany Haddish, Michael B. Jordan, Octavia Spencer, Zoe Kravitz, and Issa Rae. The letter states that it’s “time for Hollywood to acknowledge its role and take on the responsibility of repairing the damage and being a proactive part of the change.” The calls from this letter to divest from the police come after the idea of defunding the police and investing in communities has become a mainstream movement since the killings of George Floyd and Breonna Taylor.

The letter concludes by saying, “In light of continued systemic, brutal murders of Black people, members of the Black community in Hollywood are standing together with the Movement for Black Lives, a coalition of community-based organizations from all over the country including Black Lives Matter, and with the families and loved ones of George Floyd, Breonna Taylor, Tony McDade, Kenneth Ross Jr, Wakeisha Wilson, Rayshard Brooks and countless others in the movement to Defund Police and Defend Black Lives.”

You can read the whole letter here.

Here’s How Community Members Of Spokane, WA Are Responding To The Aftermath Of The BLM Protests

“This Is A Moment Of Possibility:” Angela Davis Appears On UK News Channel To Speak On Black Lives Matter Movement