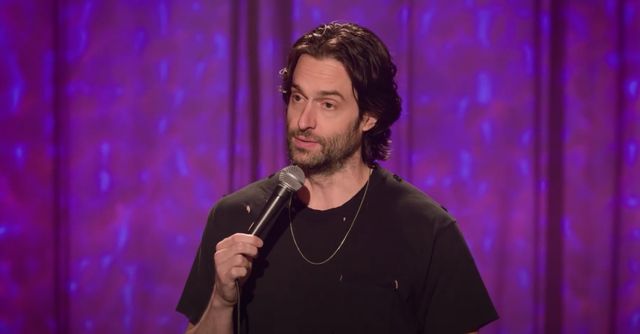 It seems like every week, there’s another male celebrity being exposed as a pedophile. From longtime creep R. Kelly to professional predator Jeffrey Epstein to, now, comedian Chris D’Elia, who is facing multiple accusations that he made sexual advances on minors over the past few days.

fuck you @chrisdelia. you solicited nudes from minors while u were in vancouver and tried to fuck my friend when we were 16, and when i called u out on twitter you told her you’d ruin her life if i didn’t delete it. absolute pedophile scumbag

imagine being 16 and being groomed by a stand up comedian twice ur age and the only reason you never met up and never got physically m*lested was because u had just gotten a boyfriend ur own age pic.twitter.com/xq7XDrat8i

This is crazy bc I’ve literally had this sent to me about Chris Delia as well https://t.co/o05YWjIUqo pic.twitter.com/qbYQ7mIK6Z

However, each time someone like this is exposed as a monster who preys on children, news publications always refer to the victims as “underage women.”

Chris D’Elia has addressed the allegations: “I have said and done things that might have offended people during my career, but I have never knowingly pursued any underage women at any point. All of my relationships have been both legal and consensual” https://t.co/Siex32zOMY

Referring to victims as “underage women” instead of what they really are (which is children) blurs the lines that were crossed in the crime. Calling young girls women who have just not aged yet reduces the severity of the crime for a lot of people — turning the adolescent girls into adults who just aren’t adults yet. As Megan Garber put it in her Atlantic article: “It suggests an American culture that remains reluctant to equate the interests of powerful men and the interests of vulnerable girls.”

"It is a word that implies the ability to make adult choices such as engaging in an adult sexual relationship," said Donna Hughes, a leading international researcher on human trafficking, in USA Today. "Using the term 'underage woman' implies that she is a mature woman, but the law has made her 'underage.'"

D’Elia himself used the same verbiage in a statement to TMZ earlier this week: “I know I have said and done things that might have offended people during my career, but I have never knowingly pursued any underage women at any point.”

It is notable that D'Elia himself used the term "underage women" in his apology when, throughout his career, he commonly uses the term "girls" to refer to women in general. The fact that he changed his phrasing solely for his apology shows an attempt to shift responsibility to the group of accusers. Especially when you compare his response to his friend and fellow comedian Whitney Cummings' response, in which she refers to those who have come forward as "girls" and puts the responsibility on the adult in the situation: D'Elia.

“Using the phrase "underage women," on the other hand, does not add clarity; in fact, it does the opposite,” said Elizabeth Jensen in an opinion piece for NPR.

So why do news outlets use this phrase? Why not call them girls?

In a USA Today article, Alia E. Dastagir mentions that the phrasing is a combination of a few things, including the use of legal terms instead of informal terms, “avoiding words that would compromise the presumption of innocence prior to conviction and reporting limitations, such as having access to court documents but not victims.”

In crime stories, one goal of the writer is not to imply guilt before a trial. If a person is on trial, it is important to make sure that the jury of their peers is not walking in already convinced of their guilt. Oftentimes, outlets have to be careful about phrasing so they don’t accidentally make a person charged seem guilty to their audiences. It’s the difference between saying someone was arrested for a robbery and arrested in connection with a robbery. This weird phrasing is often an attempt to do exactly that. Even in cases like D’Elia where there are no actual charges, only accusations, it is important for a publication not to imply guilt.

However, how does using the term “underage women” do anything other than confuse audiences and minimize victims’ trauma? Implying that girls who have been abused and are under 18 years old as women who simply aren’t of-age yet is dangerous and shifts the blame slightly off of the predator’s shoulders. Using the terms “girls” or even “minors” serves the same purpose, so why aren’t we using that?

Regardless of whether or not D’Elia is guilty, let’s refer to girls abused by adults by what they really are: children.