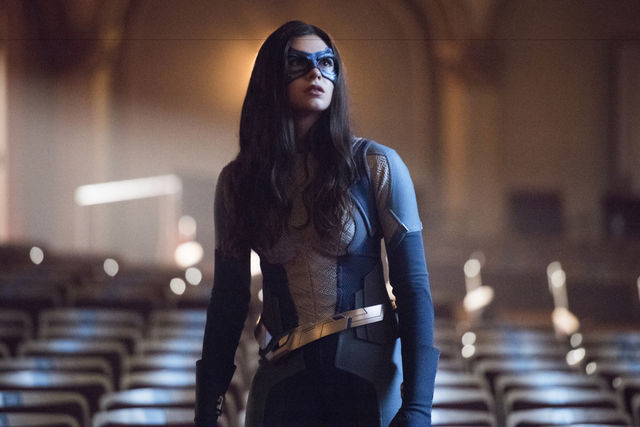 This Pride month, we’re excited to see Nicole Maines get special attention for her acting and activism in Variety’s Power of Pride List. As the first transgender superhero to ever appear on TV, most people know Maines from her ass-kicking role as Nia Nal, or ‘Dreamer,’ on The CW’s Supergirl. However, Maines has been our LGBTQ+ superhero since she was in middle school.

In 2014, Maines and her family sued their Maine school district in a case that went all the way to the state’s Supreme Court regarding her right to use the women’s bathroom at her school. Her case paved the way for students to use the school bathroom according to their gender identity: a landmark victory for the LGBTQ+ community, and transgender youth in particular.

Since her court case win, Maines has been a fierce advocate for trans visibility. On-screen, we’ve had the pleasure of watching Nia’s character develop as she grapples with both supervillains and transphobia. You can also catch her starring in the 2019 feminist vampire flick, Bit, where Maines depicts a teenager who stumbles upon a ring of queer vampiresses who use their deadly powers to rid the streets of predatory men.

And off-screen? You can find Maines advocating for trans rights on her social media platforms, whether it’s calling out cisgender celebrities for playing transgender roles or advocating for better healthcare for trans folks.

For more info on our badass superhero, check out her New York Times bestseller, Becoming Nicole, written with Amy Ellis Nutt, which recounts her family’s journey in accepting her identity as a woman and the fight for her rights.