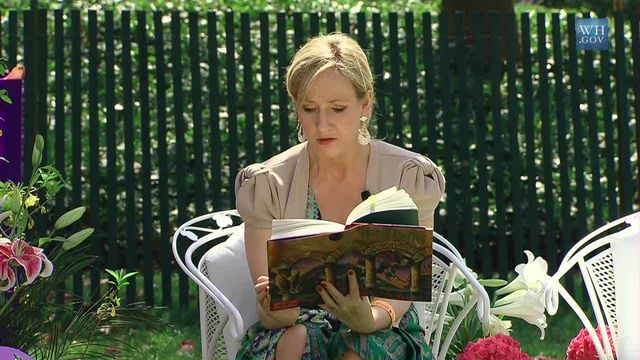 Recently, author J.K. Rowling has come under hot water for some of her remarks regarding transgender people on Twitter and her subsequent statement to her website. Many people have accused Rowling of being a TERF (trans-exclusionary radical feminist) for her comments excluding trans women from her conversations about feminism.

On June 6, Rowling made a tweet that mocked people for wanting to be more inclusive by saying “people who menstruate” instead of “women,” including people of all gender identities who menstruate. She made various other statements that were poorly received by members and allies of the transgender community.

In a June 8 blog post for LGBT organization The Trevor Project, Daniel Radcliffe, who portrayed the titular character in the franchise, spoke at length about Rowling’s statements and reaffirmed the important notion that “transgender women are women.” He went on to say, “Any statement to the contrary erases the identity and dignity of transgender people and goes against all advice given by professional health care associations who have far more expertise on this subject matter than either Jo or I.” Radcliffe noted that he is “still learning to be a better ally” to the transgender community and that “it’s clear we need to do more.”

The boy who lived isn’t the only one speaking out. Emma Watson, who played Hermione Granger, also commented on Rowling’s remarks on Twitter, writing that “trans people are who they say they are.” While Watson didn’t specifically name Rowling in her thread of tweets to the transgender community, her statements came shortly after Rowling’s. Watson also encouraged her followers to donate to trans organizations such as Mermaids.

In a rare public statement, Rupert Grint, who played Ronald Weasley, spoke out against Rowling’s comments as well. According to the BBC, Grint said, “I firmly stand with the trans community and echo the sentiments expressed by many of my peers. Trans women are women. Trans men are men.”

Ginny Weasley actress Bonnie Wright also took to Twitter to condemn Rowling’s remarks and to affirm her support for the transgender community. In her tweet, she wrote that “[trans women] are women” and told Harry Potter fans that “if Harry Potter was a source of love and belonging for you, that love is infinite and there to take without judgment or question.”

If Harry Potter was a source of love and belonging for you, that love is infinite and there to take without judgment or question. Transwomen are Women. I see and love you, Bonnie x

Katie Leung, who portrayed Cho Chang in the franchise, spoke out against Rowling’s statements in a more creative way. While she didn’t address any of Rowling’s comments, she tweeted out, “So, you want my thoughts on Cho Chang? Okay, here goes...(thread)." In the thread, instead of talking about the movies or books, she linked directly to ways to donate and sign petitions in support of black trans women.

So, you want my thoughts on Cho Chang? Okay, here goes...(thread)

Chris Rankin, who played Percy Weasley in the films, also tweeted out organizations and resources to learn about and help the transgender community. In a reply, he stated, “I’ve been incredibly lucky to meet some amazing trans kids and young people at events all over the world. I how much the magical world means to many of these kids as a place of safety.”

There are MANY places you can help, find info, and support the trans community. Here’s a few off the top of my head:@Mermaids_Gender @TrevorProject @TransEquality

Eddie Redmayne, who played Newt Scamander in Fantastic Beasts and Where to Find Them, also affirmed his support for the transgender community and condemned Rowling’s remarks towards transgender people. Redmayne gave a statement to Variety where he said, "I disagree with Jo's comments. Trans women are women, trans men are men and non-binary identities are valid.” Redmayne went on to say, "I would never want to speak on behalf of the community but I do know that my dear transgender friends and colleagues are tired of this constant questioning of their identities, which all too often results in violence and abuse. They simply want to live their lives peacefully, and it's time to let them do so."

This isn’t the first time Rowling was accused of transphobia: she was criticized for standing behind Maya Forstater, who lost her job due to transphobic tweets and beliefs. According to the BBC, some of Forstater’s views include that transgender women cannot identify as women and that the UK government shouldn’t let people declare their own gender. Rowling made a tweet in support of Forstater with the hashtag #IStandWithMaya, which led to people accusing her of transphobia.

It's important to realize that Rowling's comments were not made in a vacuum, but in a world where transgender women, particularly of color, are being targeted and subject to violence. Rowling’s statements have been called dangerous and transphobic by members of the transgender community, and it’s beyond time we start listening to them.

A Black Trans Women Was Attacked, and Cis Women Need to Open Their Purses