Details
BY Nadia Gapur
IN Entertainment
Published: 27 May 2020 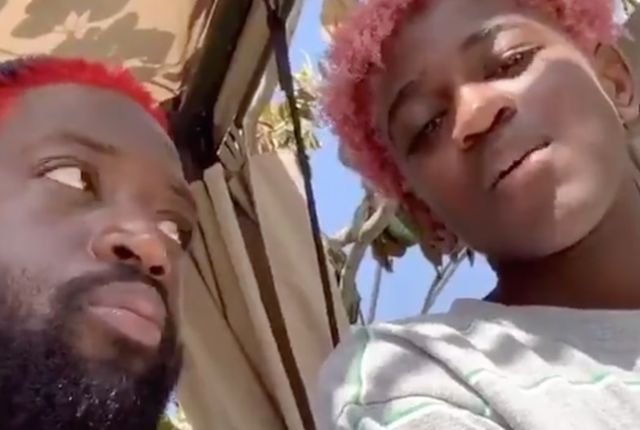 Supporting your child is crucial to their growth. Let alone supporting your LGBTQ+ child. LGBTQ+ children need all the love and support they can get. Retired NBA star Dwyane Wade sets an awesome example for his 12-year-old daughter Zaya.

Paper Mag hailed him "Father of the Year"in a recent article and there’s no denying that. From the moment his daughter wanted to be called Zaya up to their recent quarantine hair makeovers. He took to TikTok and Instagram to show off their red and pink ‘dos.

While most parents of color, especially fathers, are still getting used to supporting their LGBTQ+ children, Wade has always been vocal in supporting Zaya. The 3x NBA Champion and father of four told ET, “We understand the position we've been put in, especially in our community, and even though it's not always a popular thing to speak out on issues that people are uncomfortable with or not as educated on, but this is the platform that God gave me and my family," he added. “So, we use it.” Wade is someone, parents struggling to come to terms with their child’s sexuality, can look up to since he is both a big star and person of color. The media needs more role models like Wade and his family.

Both he and his wife, actress Gabrielle Union, have been active in their parenting, “We are... proud parents of a child in the LGBTQ+ community — and we're proud allies as well," he said on Ellen in February. "We take our roles and responsibility as parents very seriously.” Wade added, “My job as a father is to facilitate their [his children’s] lives and to support them and be behind them in whatever they want to do.”

Both Zaya and Dwyane Wade’s quarantine hair makeovers aren’t just for fun but it makes a statement. He is a proud father of a LGBTQ+ child.

Everyone allow her to re-introduce herself her name is Zaya Wade! Last night was Zaya’s first red carpet and we couldn’t have been prouder of how she handled the questions that were asked of her. She has emerged as one of the young faces and voices for the LGBTQ+ community. #truthawards