The Abortion Storyline on “Roswell, New Mexico” is the Perfect Allegory for Everything Wrong With "Heartbeat Bills" 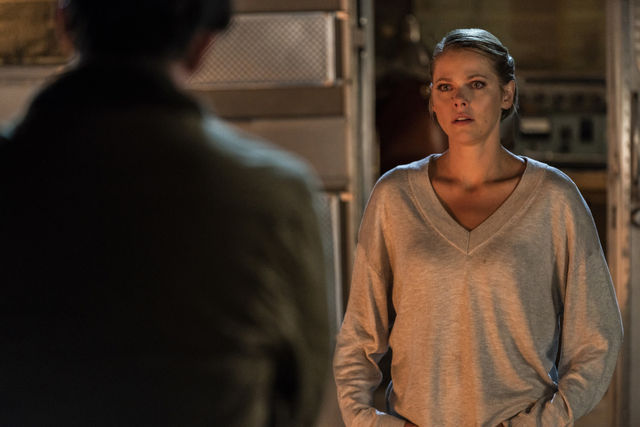 Roswell, New Mexico on the CW is just one of today’s shows that is accurately portraying and normalizing abortions. A main character on this science fiction hit show, Isobel Evans (Lily Cowles), learns that she is pregnant by her abusive ex-husband. She fears going to the doctor because she is an alien and does not want to risk discovery. With limited options, she takes matters into her own hands.

Isobel tries to self-induce an abortion without medical supervision by swallowing a poison, and it works. Although a medically-supervised abortion is one of the safest procedures, there are at least 22,800 deaths as a result of unsafe abortions every year according to WHO and the Guttamacher Institute of New York. Thankfully, Isobel survives.

Showrunner Carina Adly MacKenzie co-wrote the episode following the introduction of “heartbeat bills” to emphasize the impact they have on women, she told MTV in an interview. By exploring this topic in a sci-fi show about aliens, it’s the perfect allegory for the abortion issue in this country especially at a time when abortion access is currently under attack.

When Isobel was affraid to go to the doctor to get the procedure, she mirrors the many people who live in abortion deserts, like New Mexico. Her experience also explores states with other invasive obstacles that many people don’t have the luxury to avoid, like mandated restrictive waiting periods.

Recently, lawmakers in Texas and Ohio are trying to use the coronavirus pandemic to try and weasel in a ban against abortion care. They are calling it an “elective” and “non-essential” procedure. Is a service “non-essential” if it has the power to completely change someone’s life forever? And, the relief packet for COVID-19 was delayed because Republicans tried to sneak in abortion restrictions.

According to a report from the Guttamacher Institute, the number of at home abortion attempts may be on the rise probably because many feel like they have no place to turn to. At least 43 other TV shows in 2019 had an abortion storyline. Shows like Sex Education, Shrill, Euphoria, 13 Reasons Why, The Bold Type and more have helped normalize a procedure that has been demonized for centuries. Isobel’s narrative in Roswell, New Mexico highlights the problems with abortion access. With science fiction’s legacy of tackling controversial topics, this show was able to point out parallels to the real world, and, unfortunately, how realistic Isobel’s situation is for many people today.