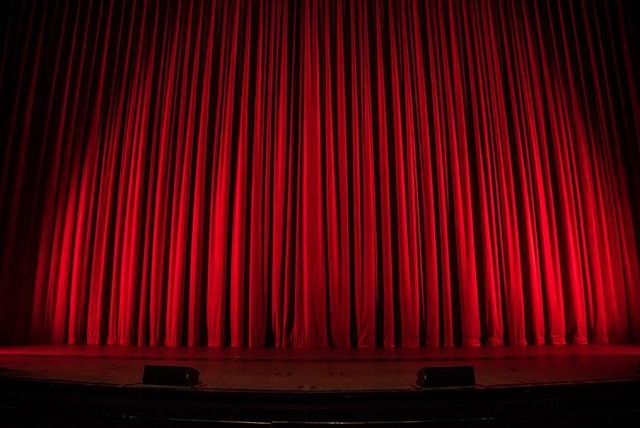 It’s difficult to turn on the news or see an alert on your phone and not feel as if the world is a garbage fire, but there are folks out there doing their part to make it so we feel like we still have room to breathe.

Broadway veteran and Tony Award-winning Laura Benanti took to Twitter last Friday, calling on high school students to share videos of themselves performing songs from their upcoming shows that had to be cancelled as a result of the pandemic. Students everywhere have worked tirelessly for months to get to opening night, only to have their dreams dashed due to the outbreak of COVID-19. Turning a negative into a positive, Benanti decided to ask students to post videos of themselves at home or clips from rehearsals for shows that would have been.

Dark times for all. Trying to find some bright spots. If you were meant to perform in your High School musical and it was cancelled please post yourself singing and tag me. I want to be your audience!! Sending all my love and black market toilet paper. ? pic.twitter.com/BVYR4t3dJE

Soon, the hashtag #SunshineSongs became filled with tons of videos from young people all over the country showcasing their skills. “I want to see you. I want to hear you,” Benanti says in the 45-second clip.

The arts have long since been a place of solace for many, and in troubled times like these it isn’t surprising to see that people are taking comfort in this area. We’ve seen folks quarantined in Italy singing from their doors and windows to keep morale high, and now Benanti’s online initiative is helping to spread some happiness and help lighten the shared, palpable anxiety felt around the world.

In an interview with NPR about the trending hashtag, Benanti said, “Although these kids are incredibly disappointed that they’re not able to perform for a live audience, they’re now getting a huge audience via social media. Social media doesn’t always contribute to society in a wonderful way and I think this is an example of how it actually can.”

Though the movement started out centered around high school students, people of all ages are getting in on the fun. The videos shared using the hashtags have been reassuring to Benanti. "The overall feeling that I get from it is how committed these kids are, how open-hearted they are, how sincere they are," she told NPR. "We’re a society that values sarcasm and cool people don’t really care and I love seeing how much these kids care."

Benanti’s movement inspired other celebrities to keep spirits high online for fellow creatives. Jennifer Garner took to Instagram with her hashtag #heyjenlookatme that called on her followers and anyone on social media to upload content from shows that have been shut down in response to the pandemic.

To the Elsas and Matildas; to the Willy Lomans and Romeos. Not to mention the flautists, the pianists, the gymnasts, the shot-putter. We want to SEE—show us what you’ve got!! ? #heyjenlookatme (I just now found out one of my favorite Broadway stars @laurabenanti had the same idea. Hi Laura! ♥️? You can tag her, too, at #SunshineSongs)

Lin-Manuel Miranda retweeted Benanti, thanking her and stating that he’d also be keeping up with the hashtag—a promise he clearly kept when he responded to a video a young woman posted of her brother performing “Burn” from Miranda’s hit Broadway musical Hamilton.

Last week all of Broadway went dark by New York Governor Andrew Cuomo's order. As of now, performances are scheduled to return the week of April 13. Official Broadway World on Instagram has been treating fans with their Living Room Concert series which features, you guessed it, Broadway performers doing songs from their living rooms. So far, the series has featured performances from Jagged Little Pill’s Kathryn Gallagher, Dear Evan Hansen’s Andrew Barth Feldman, Pretty Woman’s Andy Karl and Orfeh, Hello Dolly’s Carolee Carmelo, and Hadestown’s John Krause, who was set to begin his run as Orpheus in the 2019 eight-time Tony Award-winning show on March 12.

The Real Story Of The Schuyler Sisters