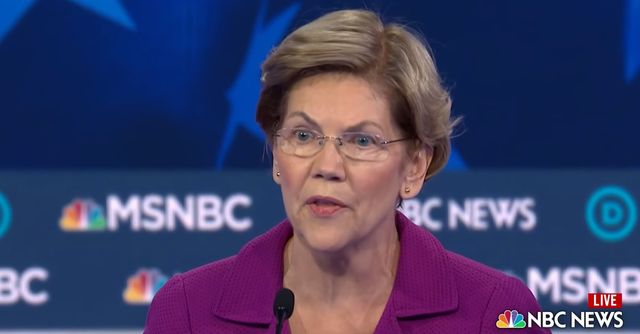 Whether you watched it happened live or saw it on Twitter hours later, just about everyone has seen the now viral clip of presidential candidate Elizabeth Warren completely and utterly annihilating fellow candidate Mike Bloomberg at the Democratic presidential debate in Las Vegas, Nevada last Wednesday. If you don’t remember it, here’s a little refresher:

In the clip, Warren cites the many times the billionaire candidate made sexist statements against women, specifically quoting the instances in which he referred to women as “fat broads” and “horse faces lesbians.” She went on to explain that the U.S. would be taking a huge risk if it were to replace one arrogant billionaire with another in the 2020 election, stating that it’s high time the nation has a president who actually supports working families. Personally, I’ve watched this clip about 15 times at this point, but Warren didn’t end there. She went on to roast the stop-and-frisk supporting mayor even further, calling on him to release multiple women from the NDAs he forced them to sign. Since, Bloomberg has released only three women from their NDAs, which is suspicious to say the least, but that’s a story for a different time.

Watch this, and tell me Elizabeth Warren wouldn’t mop the floor with Trump in a debate.

And then donate here: https://t.co/yJWWwAlhWP

Throughout the entirety of her campaign, Elizabeth Warren has not seen nearly as much recognition or media coverage as some of her counterparts. While her supporters have always rallied behind her, her wit, preparedness and candor during debates has been all but overlooked by the masses. That is, until now. It seems that after last Wednesday’s debate, Warren re-lit the flame she needed to be recognized amongst Sen. Sanders, Mayor Buttigeg and Vice President Biden on the debate stage. Warren’s “Bloomberg Roast” had Democrats excitedly posting their thoughts and comments after the debate. And obviously, as is the way of the new millenium, many of the posts people were making took the form of memes.

So, here are 11 memes that surfaced on Twitter in the days after last week’s Dem debate that will have you simultaneously rolling on the floor laughing and getting ready to donate to Sen. Warren’s grassroots campaign ASAP:

1. This post that perfectly encapsulates Warren supporter’s frustration when the media neglected to cover her polling results in the past, resulting in #WheresWarren to begin trending on Twitter. (Seriously, scroll down the thread to see just how many times Warren has been erased from polling results on major news outlets):

And for their next trick... corporate media will make Elizabeth Warren completely vanish.

2. This iconic clip of the one and only princess of pop, Britney Spears, which will now forever represent Elizabeth Warren posting up to the debate stage on 2/19/20:

Media: Elizabeth Warren is done. No need to mention her anymore.

3. This here GoT reference posted by Jemele Hill, which also represents Warren getting ready to be the most quick-witted, prepared individual on that stage. #BigStructuralChangeIsComing:

4. A clip of Warren’s initial Bloomberg roast with a dope beat layered over it for your viewing pleasure:

5. Now, for some quality memes that represent Warren AFTER she took Bloomberg down. Exhibit A:

My analysis on tonight’s debate: pic.twitter.com/BUQiMsVZPa

6. Exhibit B, which actually had me cackling out loud on public transportation:

7. This carefully crafted GIF which we shall be labeling Exhibit C

And here’s a little bonus meme for you, because #6 was a response to this not quite as funny but still smirk-worthy gem:

8. Taylor Swift writing in her diary, which this Twitter user likened to Sen. Warren post-Wednesday debate.

9. This clip which is quite literally ME after I heard the news that Elizabeth Warren earned $5 million dollars in one night, subsequently inspiring me to make yet ANOTHER $5 donation. #BillionaireTears:

I don’t know why you guys are surprised. Elizabeth Warren has been taking down rich guys trying to run a grift on you her whole career. This is what she was made for. This is just a taste of how she’s going to handle Trump. https://t.co/05PgJq6vyZ

11. And last but not least, my nomination for the best meme on the Internet in 2020 so far. Do with this what you will.

Oh, and one more bonus meme-- a response to the aforementioned Miley Cyrus clip. Because let’s be real, did she lie? No.

Warren after tearing through everyone pic.twitter.com/59tD8x3vx2

Why The "Can A Women Be President?" Question Is Getting Old

Tags: Elizabeth Warren , Sen. Warren , Bernie Sanders , Mike Bloomberg , Joe Biden , Memes , Dem Debate
Support Feminist Media!
During these troubling political times, independent feminist media is more vital than ever. If our bold, uncensored reporting on women’s issues is important to you, please consider making a donation of $5, $25, $50, or whatever you can afford, to protect and sustain BUST.com.
Thanks so much—we can’t spell BUST without U.