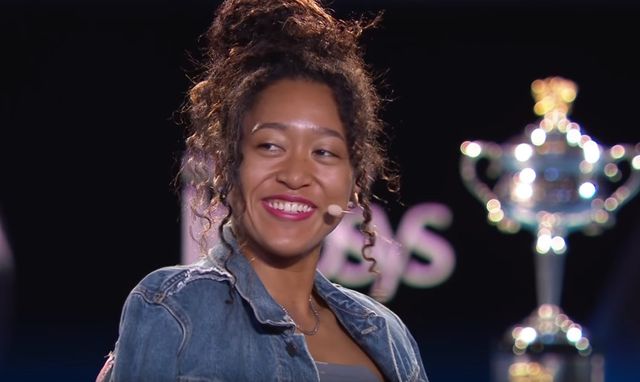 At 20 years old Naomi Osaka became a household name after her triumphant win over Serena Williams at the 2018 US Open and now Netflix is bringing her life story to its streaming platform.

The as-of-now unnamed series is being produced in partnership with the athletic company, Uninterrupted—which was founded by LeBron James and Maverick Carter. This series will center around the 22 year old's career turning point in 2018 to her continued tournaments and her preparations for this summer’s 2020 Olympics in Tokyo, where she will represent for Japan.

In a prepared statement to Variety, Osaka said, “To be able to tell my story and let people in during this big year, working with a team that really understands me, has been a rewarding experience. It won’t look like a traditional sports documentary, and I’m so excited to share it with everyone.”

The series is said to cover not only her professional life but behind the scenes moments as well, including Osaka’s life as a mixed-race athlete and her personal interests outside of tennis. According to reports, viewers will also get to see Osaka make a trip to her homeland of Japan.

Osaka moved to the United States when she was three years old and has been training since then. She is the first Asian player to maintain top ranking in singles. At sixteen, Osaka’s ascent in the tennis world began when she defeated former US Open champion Samantha Stosur in her Women’s Tennis Association (WTA) debut in 2014. Since then, Osaka continued her meteoric rise in 2016 at the Toray Pan Pacific Open, cracking into the top 50 WTA rankings. She placed second and was named the WTA's “Breakthrough of the Month”.

In 2018, Osaka won her first WTA title at the Indian Wells Open. Later that year came her US Open win against Serena Williams, a win that made her the first Japanese player to win a Grand Slam title.

Yesterday Osaka revealed the Olympics’ motto for this summer’s games in their trailer: United by Emotion. According to organizers, the motto drives home the ability of sports to bring people from all walks of life together.

There's A Reason Why All Eyes Are On Coco Gauff