America’s Boyfriend Paul Rudd Faces Off Against Himself on Netflix 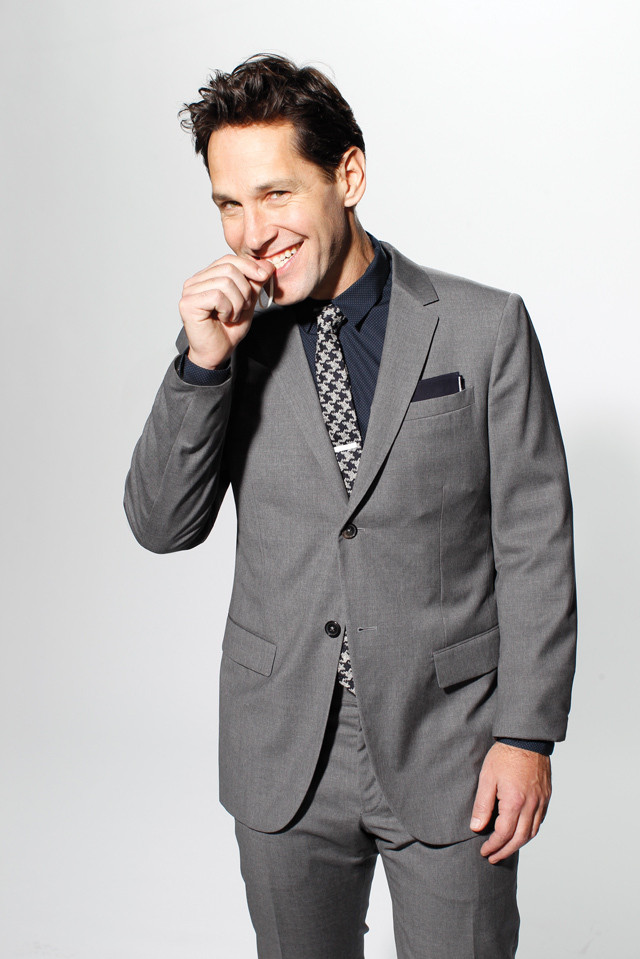 THERE IS NOTHING more delightful than waiting for Paul Rudd to call. Except for when he actually does. When I answer, he says, “Lisa! It’s Paul!” with his signature enthusiasm, affording me the opportunity to fantasize that we’re old pals. It’s not a stretch—I’ve had a crush on the 50-year-old Rudd since 1995 (!), when he played Alicia Silverstone’s love interest in Clueless. And there have been countless opportunities to fall for Rudd since—from his role as Phoebe’s quirky husband on Friends to Rashida Jones’ root beer float–serving boyfriend in I Love You, Man to his recent megastar turn as Marvel superhero Ant-Man (for which he uncovered six-pack abs and officially became a mainstream object of thirst). He even makes douchebag roles, like foxy jerk Andy in Wet Hot American Summer and Anchorman’s macho Lothario Brian Fantana, utterly loveable, because his charm is impossible to suppress. Such is the case with his latest project, the Netflix series Living With Yourself, in which he plays opposite himself as a man faced with a clone who’s superior in every way.

It’s a boon for audiences, since everyone can agree that two Paul Rudds are better than one. “Oh, I’m not so sure about that,” he says, after the words tumble embarrassingly out of my mouth. Who wouldn’t agree? “Got a pen?” he asks with a laugh. Still, the existential dramedy is a binge-able treat for fans of this feminist heartthrob. It’s a title he lives up to, even if he’s not a hundred percent sure about the word. “I consider myself a feminist in that I consider myself a humanist,” he says. “I believe in equality for all—whatever your sex, whatever your sexual preference, whatever your race. And when it comes to pay, when it comes to everything, throughout history, women have gotten screwed, truly, and it makes no sense at all to me. So I believe absolutely in women’s [equality]. I suppose that makes me a feminist. All of my agents, my lawyer, every single person on my team for the entirety of my career—they have all been women. When it comes to advice, perspective, dealing with problems, I trust them. I love really strong women who have opinions. For anybody to say these things now, it sounds like they’re really hoping to garner some kind of applause or something. But my whole life I’ve always thought, Why don’t they just let women run this country? We’d be better off for sure. The kind of men who gain power, they have some sort of testosterone-y thinking that I’ve never really cottoned on to.” 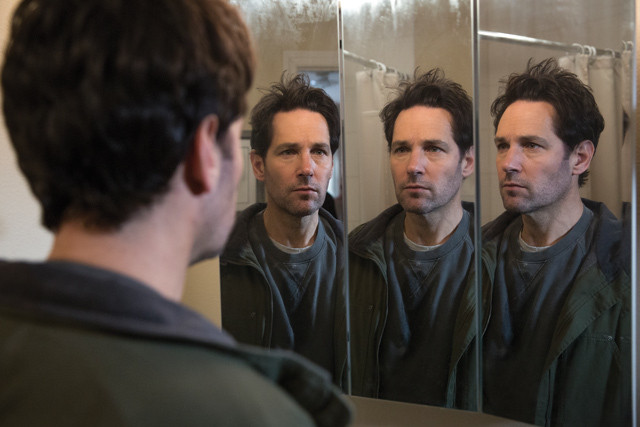 Rudd in Living With Yourself

His casual use of the typically British phrase “cottoned on,” reminds me that though Rudd grew up mostly in the suburbs of Kansas City, KS, his parents were originally from London. He studied theater at the University of Kansas, then at the American Academy of Dramatic Arts in L.A. before moving to New York City following the success of Clueless. That’s where, at the behest of his agent, he got a publicist and met his future wife, Julie Yaeger, who was working at the PR firm he hired. They married in 2003, and have a 13-year-old son, Jack, and an 8-year-old daughter, Darby. But having kids never changed Rudd’s style of comedy. “I was a master of the dad joke as a teenager!” he declares. “It’s only recently that my kids are like, Aww, dad, here’s more dad jokes. I’m like, ‘No! These are my jokes! They were once just bad jokes, now they’re dad jokes.’ Now they’re in a more specific category but they’re still hacky, cornball, not-particularly-clever jokes, and I love them.”

Another thing Rudd absolutely loves is the 1979 film A Little Romance starring a teen Diane Lane. It was his favorite movie growing up, he says, before launching into a synopsis—an American girl living in Paris runs away to Venice with a French boy because kissing under the Bridge of Sighs in a gondola at sunset will supposedly cement their love forever. Rudd uses the film to explain that he’s always enjoyed grand romantic gestures, “But there’s also something about the smaller strokes,” he says. “Like, if my wife goes, ‘Oh, I got you a new toothbrush, because I figured you probably needed a new toothbrush’—those kinds of gestures are real and deep. There’s something beautiful to me about that.”

How Amy Heckerling Made The Classic "Clueless": 52 Weeks Of Directors

BUST Man Of The Week

Rock Dreams: The Courtneys On Their Love For Waffle House, Black Sabbath, And Paul Rudd