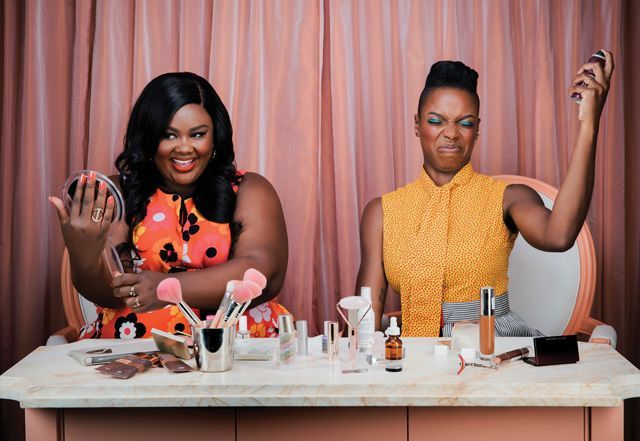 Sasheer Zamata and Nicole Byer celebrate a decade together in the comedy trenches on the Best Friends podcast.

It was best friendship at first sight when comedians Nicole Byer and Sasheer Zamata met 10 years ago. Both were studying improv at New York’s famed Upright Citizens Brigade Theatre, where their shared instructor assigned them to the same performance showcase. Byer vividly recalls her first impression of Zamata, whose comedic timing impressed her immediately. “She was wearing teal pants and a goldenrod shirt,” says Byer. “I was like, ‘Wow! She looks cool and she’s funny.  And she’s Black?! I’m going to make her my friend!’”

A short time later, Zamata’s regular improv partner flaked on a performance and Byer jumped in to replace her. “I was there by myself,” says Zamata, the gratitude in her voice still palpable after a decade. “We performed together and it was…” they continue in unison, “magic.”

In the years since, Byer and Zamata, now both 33, have been improv partners, they’ve collaborated on a web series, and they now co-host a podcast, Best Friends, on which they discuss their day-to-day adventures and interview other real-life besties like fellow funny ladies Casey Wilson and June Diane Raphael. Their dream guests are Oprah Winfrey and Gayle King, but “they actually responded and said no,” says Zamata with a laugh. “I would’ve preferred they ignored us, but it was a hard no.” 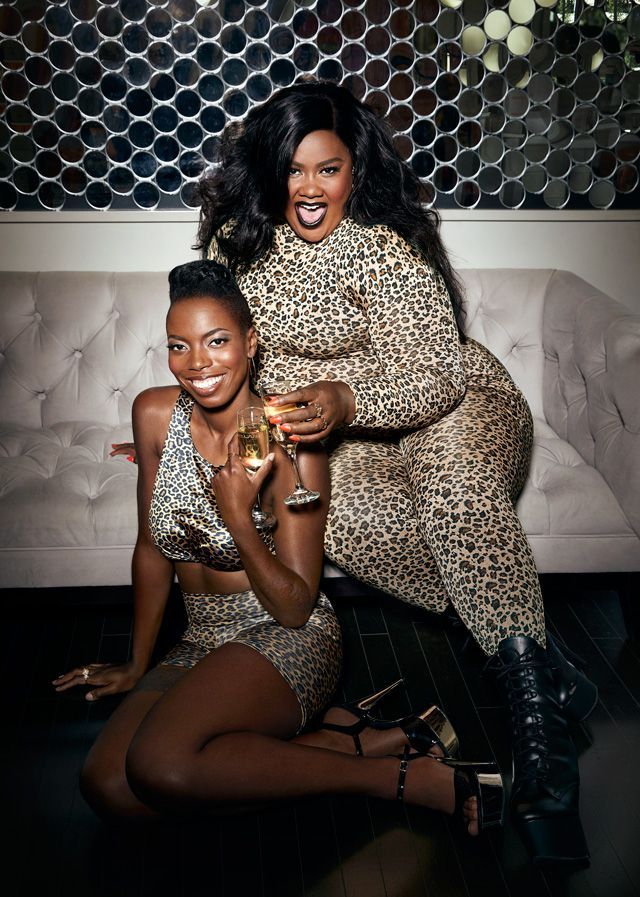 Byer and Zamata have also both found success working separately. Zamata’s star rose when she joined sketch comedy’s biggest stage, Saturday Night Live, in 2014 (she quietly exited the show in 2017) and she has since appeared in her own 2017 standup special, Pizza Mind (on Amazon Prime), and now hosts a live traveling variety show—Sasheer Zamata Party Time!

As for Byer, many fans first saw her as one of the hilarious talking heads on MTV’s Girl Code and she’s since gone on to host Netflix’s amateur baking competition Nailed It!, appeared on NBC’s The Good Place, and host about a gazillion podcasts in addition to Best Friends.

On the night we meet up, they’re preparing for a live taping of Best Friends at L.A.’s Largo at the Coronet theater. They’ve just spent the day posing for their BUST shoot, running to Staples, and then per Byer’s request, going to check out a giant dildo on display at the famed sex shop Chi Chi LaRue’s. The pair has an Odd Couple kind of appeal, with Zamata often playing straight man to the zanier Byer. But according to Zamata, “I think we’re more alike than we are different. We both like being at home with just each other and nobody else.”

In fact, when Zamata moved from New York to L.A. after leaving SNL, Byer had one demand. “She was like, ‘You can’t live farther than 10 minutes away from me,’” says Zamata.

Byer interjects, “What? Did you want to move to Venice so we’d never see each other?!”

Fortunately, that didn’t happen and the two often spend their days together, hate-watching 13 Reasons Why, attending pole-dancing class together, or working on a screenplay they’ve been shopping around Hollywood.  “We want to create more and more things together,” says Zamata. “We got some stuff cooking.” 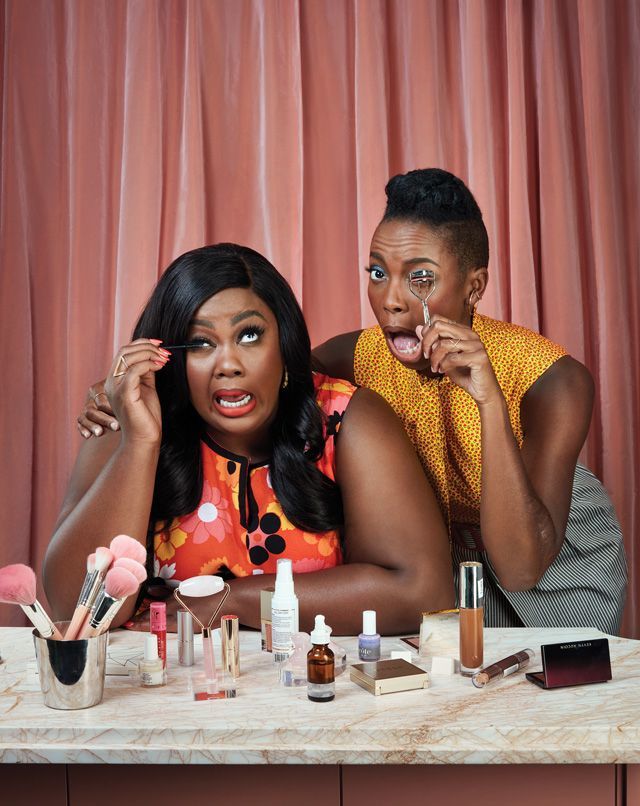