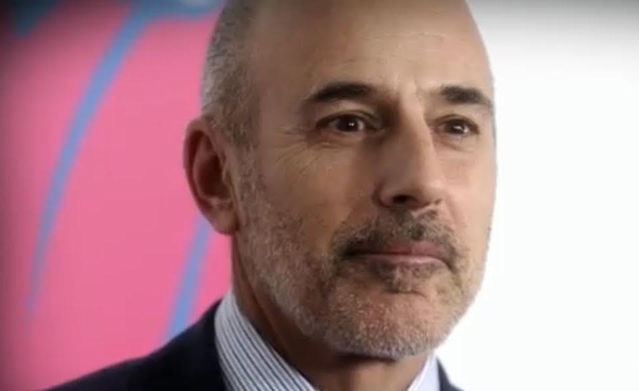 After having obtained an advance copy of Ronan Farrow’s new book Catch and Kill, Variety released information about Farrow’s “explosive” interview with former NBC News employee Brooke Nevils. The interview provides graphic details about the night when Nevils said that Today Show Host Matt Lauer anally raped her while they were covering the 2014 Olympics in Sochi.

Farrow writes that Nevils “was in the midst of telling him she wasn’t interested again when he ‘just did it.’” Nevils said the encounter was painful, and she cried into her pillow while it happened.

Nevils told people at NBC about the assault, including her bosses, although for the most part, it did her little good. Farrow explains, “She was made to sit in the same meetings as everyone else, discussing the news, and in all of them colleagues loyal to Lauer cast doubt on the claims, and judgment on her.”

The alleged rape wasn’t the only sexual encounter between Nevils and Lauer, but Nevils explicitly stated that their relationship was tainted by Lauer’s power and influence. Ultimately, former Today Show anchor Meredith Vieira convinced Nevils to come forward with her allegations after Nevils confided in Vieria in 2017.

Later that year, Nevils filed a detailed complaint to NBC who fired Lauer shortly thereafter. The company withheld Nevils’ name and described the allegation vaguely as “inappropriate sexual behavior in the workplace” in an official statement.

However, Farrow reports that while the public may not have known Nevils’ identity until now, it became common knowledge at NBC after chairman Andrew Lack revealed that the assault happened in Sochi, significantly narrowing the field of potential accusers.

Nevils eventually went on “medical leave” and was given a script by NBC studios, which emphasized that she left NBC to “pursue other endeavors” and that NBC “treated her well.” She was also paid a seven-figure sum, though Nevins says she was never interested in the money.

In the aftermath of Lauer’s firing, three more women anonymously came forward with accusations of sexual harassment against him. According to the accusations Lauer exposed himself to female co-workers and gave them sex toys as gifts with explicit notes attached.

On Wednesday, Lauer’s former Today co-hosts Savannah Guthrie and Hoda Kotb took a moment out of their broadcast to reflect on the news.

“I want to say that I know it wasn’t easy for our colleague Brooke to come forward then. It’s not easy now. We support her and any women who have come forward with claims,” Guthrie said.

“You feel like you’ve known someone for twelve years. Then all of the sudden it’s like a door opens up and it’s a part of them you didn’t know,” Kotb added.

This Woman Says She Was Raped By A Lyft Driver—And Now, She's Fighting Back

Unbelievable Is Worth The Watch

Tags: brooke nevils , ronan farrow , catch and kill , matt lauer , meredith vieira , savannah guthrie , hoda kotb , today show , sexual assault
Support Feminist Media!
During these troubling political times, independent feminist media is more vital than ever. If our bold, uncensored reporting on women’s issues is important to you, please consider making a donation of $5, $25, $50, or whatever you can afford, to protect and sustain BUST.com.
Thanks so much—we can’t spell BUST without U.