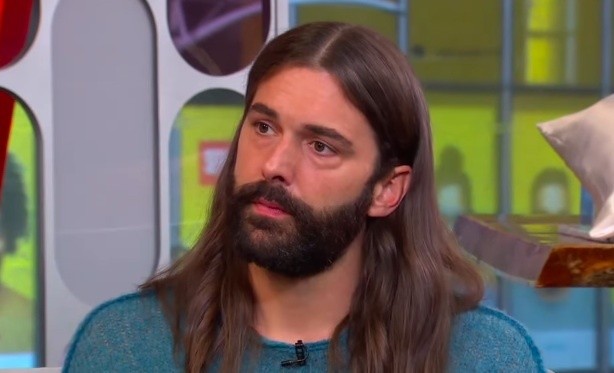 In anticipation of his new memoir coming out, Jonathan Van Ness has revealed his status as being HIV positive. In an interview with the New York Times, Van Ness talks about being diagnosed at Planned Parenthood when he was 25, an experience that turned him into a lifelong supporter of the organization. He recounts his journey to self-acceptance, telling the publication:

“When ‘Queer Eye’ came out, it was really difficult because I was like, ‘Do I want to talk about my status?,” he said. “And then I was like, ‘The Trump administration has done everything they can do to have the stigmatization of the L.G.B.T. community thrive around me.’” He paused before adding, “I do feel the need to talk about this.”

By talking about it, Van Ness aims to destigmatize the community and to also draw attention to how the high cost of healthcare affects people living with HIV. In fact, it’s because of healthcare that Van Ness has chosen to endorse Elizabeth Warren for president, writing in a tweet:

The moment I knew I was endorsing @ewarren was last month when I misplaced my HIV meds. It cost $3500 to replace them out of pocket with “amazing” plantinum level insurance. Healthcare shouldn’t be for profit ever, it’s a human right.

“The moment I knew I was endorsing @ewarren was last month when I misplaced my HIV meds. It cost $3500 to replace them out of pocket with “amazing” plantinum level insurance. Healthcare shouldn’t be for profit ever, it’s a human right.” In a follow up tweet, he also writes that his medication consists of one daily pill, making the exorbitant price especially heinous.

Queen of the Personal Phone Call herself, Elizabeth Warren called JVN upon hearing the good news. Van Ness shared a video of their phone call on Twitter, and it’s a moment of pure joy. Explaining his decision to Senator Warren, Van Ness tells her: "When I realized, it was at the last debate. And I was like, 'This health insurance industry is a f***ing racket, I've had enough!'"

Thank you for your support, @jvn! Shoulder to shoulder, we’re going to fight for #MedicareForAll. No one should be able to make a profit off of denying people health care—and together, we’ll win. pic.twitter.com/8aF4Ut55jq

While the senator might not use that exact language, she shared in his sentiments, calling healthcare “a human right...not just for some of us, for all of us.”

JVN and Senator Warren are right: the American health care system is irreparably broken. If it costs thousands of dollars a month for one daily pill for someone with “amazing” insurance, imagine what it’s like for someone who doesn’t have that kind of access.

"Queer Eye's" Tan France On The Importance Of Sharing Your Own Story: Bust Interview

"Pose's" Billy Porter Slays By Always Paying Homage To The Past: Bust Interview

In Honor Of Suicide Prevention Week, Here Are Resources For LGBTQ+ Women In NYC

Tags: Jonathan Van Ness , JVN , Queer Eye , HIV positive , health care , Elizabeth Warren
Support Feminist Media!
During these troubling political times, independent feminist media is more vital than ever. If our bold, uncensored reporting on women’s issues is important to you, please consider making a donation of $5, $25, $50, or whatever you can afford, to protect and sustain BUST.com.
Thanks so much—we can’t spell BUST without U.