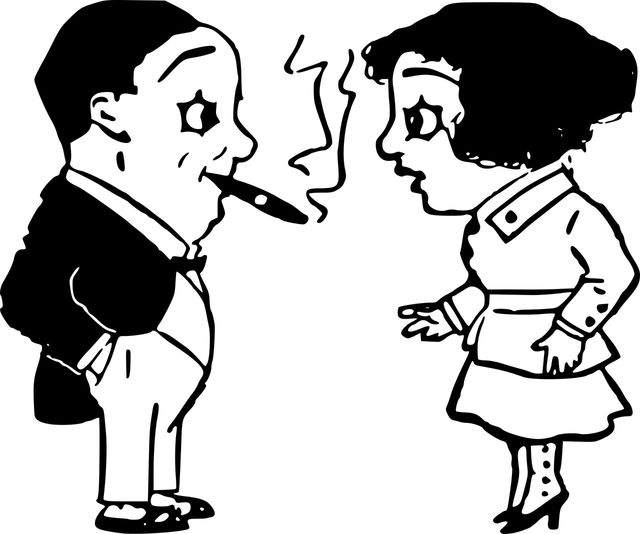 During a roundtable discussion for The Daily Wire, a conservative news outlet headed by Ben Shapiro, four men gathered in what looked like a replica of Ron Burgundy’s office from Anchorman (think wooden shelves filled with random liquor bottles and an overall décor that overcompensates in manliness) and concluded, while literally smoking cigars, that comedy is actually inherently masculine.

They backed up these assertions by citing Roseanne Barr and Sarah Silverman as examples of women who are funny, but only because they act like dudes. After neglecting to explain how either comedian is “emulating a man,” Shapiro, who’s known for believing that the wage gap is a myth, among other nonsensical opinions, put his two cents in, saying that “men purport to be invulnerable and humor is about vulnerability,” specifying that his wife laughs when he hits his head, but he would never laugh if she hit hers. If humor is about vulnerability, then perhaps these men consider comedy to be inherently masculine because a woman publicly showing vulnerability makes them uncomfortable.

Unsurprisingly, the hilarious responses from women on Twitter have already proven these men’s shoddy hypothesis to be totally inaccurate.

"comedy is inherently masculine" says the four men smoking cigars in a fake den on a set trying to give the illusion that they are infact masculine themselves https://t.co/kJ5eCAsm8E

The best part of this clip is when Ben Shapiro admits his wife would laugh if he injured himself https://t.co/iQNCpTpkJU

Comedians Carolyn Castiglia And Shalewa Sharpe Open Up About Doing Standup Over 40 On BUST's "Poptarts" Podcast!