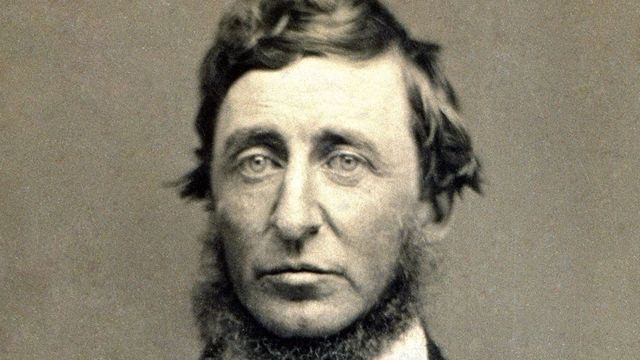 Noted author, transcendentalist, and now exposed literary sadboi Henry David Thoreau was recently called out for his less-than-honest portrayal of his time at Walden Pond.

A thing I wish I knew about Thoreau as a teenager was that his mother brought him sandwiches and Walden Pond was on her property. I think I might have made some different life choices had I understood that.

This set off a wave of replies, with many quick to point out Thoreau’s whole hypocritical deal. 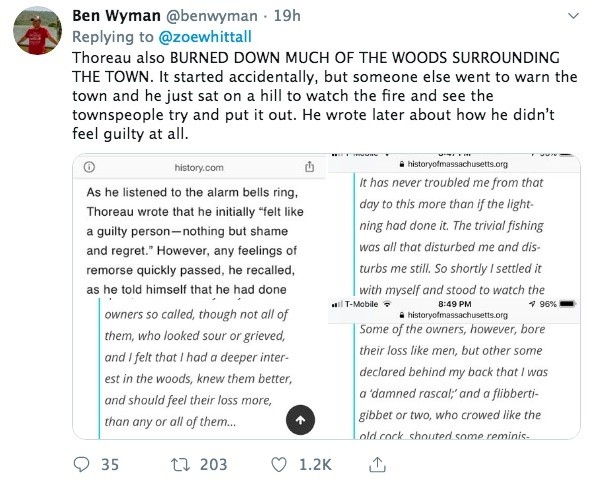 Even Jesus, the son of God himself, wasn't immune from the call-outs! 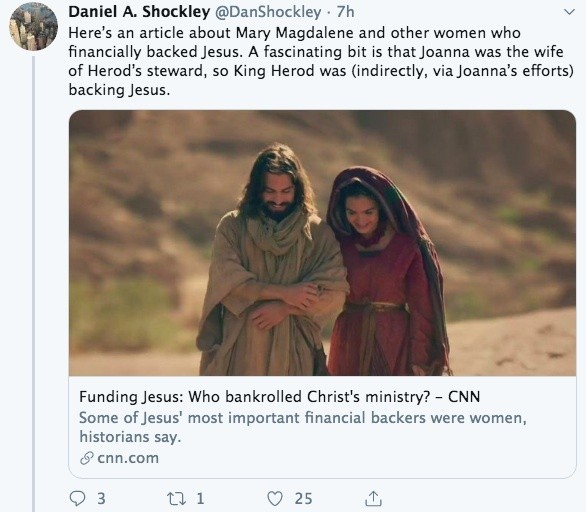 "In reality, Walden Pond in 1845 was scarcely more off the grid, relative to contemporaneous society, than Prospect Park is today. The commuter train to Boston ran along its southwest side; in summer the place swarmed with picnickers and swimmers, while in winter it was frequented by ice cutters and skaters. Thoreau could stroll from his cabin to his family home, in Concord, in twenty minutes, about as long as it takes to walk the fifteen blocks from Carnegie Hall to Grand Central Terminal. He made that walk several times a week, lured by his mother’s cookies or the chance to dine with friends."

The thread also highlights how many MANY other “genius” men in history lived successful lives built off the invisible labor of the women in their lives. In a memoir about her grandfather Pablo Picasso, Marina Picasso writes about her grandfather's many muses and mistresses: “He submitted them to his animal sexuality, tamed them, bewitched them, ingested them, and crushed them onto his canvas. After he had spent many nights extracting their essence, once they were bled dry, he would dispose of them.”

Albert Einstein’s requirements for his wife, Mileva, were cruel, telling her in a written list of demands that: "You will renounce all personal relations with me insofar as they are not completely necessary for social reasons" and "you will not expect any intimacy from me, nor will you reproach me in any way" as well as making sure that his laundry and three hot meals a day from her were always taken care of.

Anyways, this is just a PSA about any Thoreaus in your life. That artsy creative type who leaves you on read while simultaneously trying to Manic Pixie Dream Girl you? He's not all that.

Tags: Henry David Thoreau , Walden Pond , Twitter threads , transcendentalism
Support Feminist Media!
During these troubling political times, independent feminist media is more vital than ever. If our bold, uncensored reporting on women’s issues is important to you, please consider making a donation of $5, $25, $50, or whatever you can afford, to protect and sustain BUST.com.
Thanks so much—we can’t spell BUST without U.