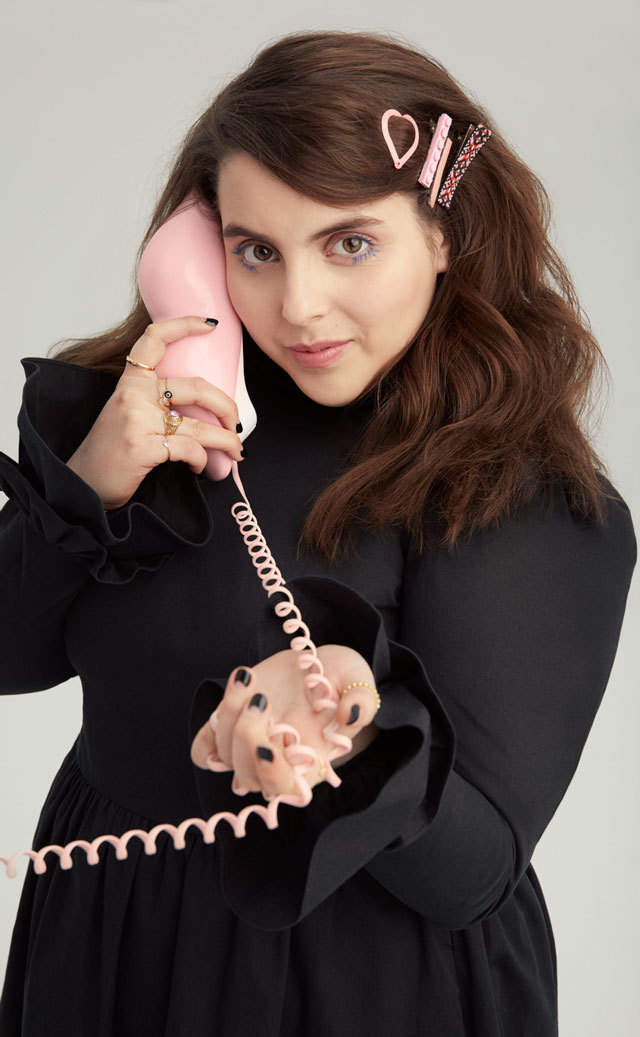 BEANIE FELDSTEIN HAS flair on screen and off. When we meet, the bubbly actor lights up as she points out the smattering of pins on her denim jacket—Planned Parenthood, Ravenclaw, “Broads Bite Back,” a letter “B”—as well as a delicate necklace sporting the name of her excellent May 2019 comedy, Booksmart, written in cursive.

A diehard musical theater fan since she was a toddler, the Los Angeles-born Beanie (a nickname for Elizabeth) has been winning the hearts of audiences and Hollywood insiders alike since her breakthrough performance in her pal Greta Gerwig’s 2017 directorial debut, Lady Bird. “Greta’s a dear friend of mine,” the 26-year-old says. “She feels like a sister, and I sometimes look at her and I’m like, ‘I owe so much to you every minute of every day, but then you’re also genuinely just my friend.’ It’s such a beautiful thing.”

For all the love fans have for Lady Bird’s delightfully prickly title character, played by Saoirse Ronan, many also wanted to see more of Feldstein’s Julie—a sweet, earnest musical theater nerd who finally gets sick of her best friend’s shit. So it’s great that Olivia Wilde’s directorial debut Booksmart finally puts Feldstein front and center as the alpha female Molly, who drags her BFF Amy (Kaitlyn Dever) on a party quest the night before high school graduation. There’s lots of love in Booksmart, along with a huge dollop of humor, teen sex jokes, and millennial feminism. (It’s also virtually impossible to avoid bringing up the tender-but-raunchy 2007 film Superbad as a parallel flick for guys, especially since that movie’s star, Jonah Hill, is Feldstein’s real-life bro.) 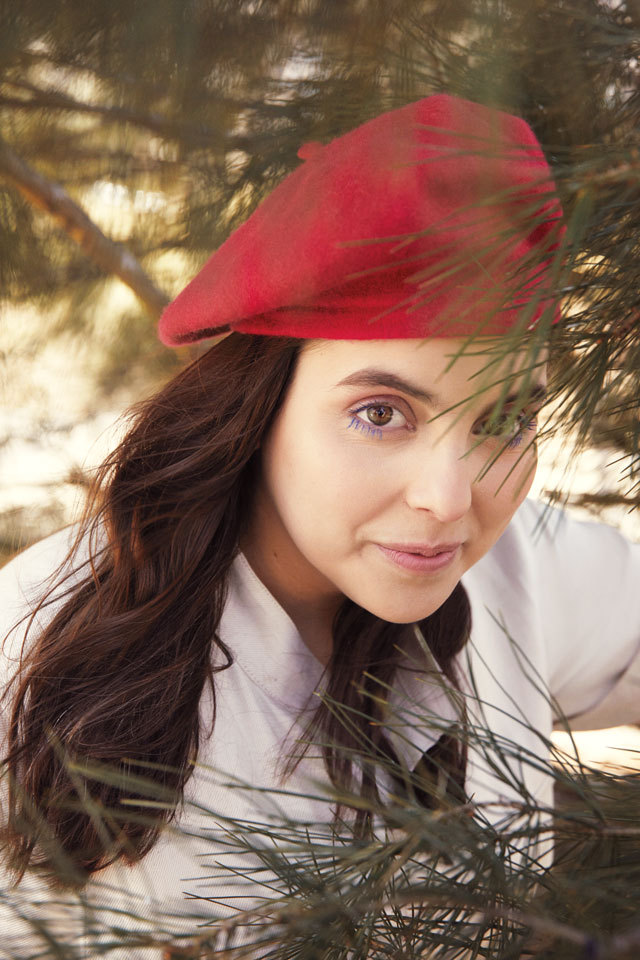 It’s been quite a ride for Feldstein, who went to Wesleyan in Connecticut before making her Lady Bird-style leap to New York City. “I always felt like an East Coast person living in L.A. when I was growing up, so then when I finally got to move here it felt like this lifelong wish fulfillment,” she says. Six weeks after snagging her diploma, she landed a role in 2016’s Neighbors 2: Sorority Rising, where she played a sorority sister bucking the Greek system. And then in quick succession, she was cast in Whitney Cummings’ The Female Brain, Lady Bird, Booksmart, the FX vampire show What We Do in the Shadows, and How to Build a Girl—the hotly anticipated comedy based on Caitlin Moran’s book of the same name, due in theaters later this year.

It was on this last project that she found herself bonding with Moran—arguably the U.K.’s funniest feminist writer—in a most unique way. “She took me swimming a couple days before we started shooting, and I had this magical day with my feminist icon, swimming at the ladies-only ponds in London on the Heath,” recalls Feldstein. “I was just like, ‘I’ll never forget this as long as I live.’ She just wanted to know me. I think I was so nervous around her that she wanted to show me that she’s just herself. She’s one of my favorite people on Earth, truly. I love her.”

If you subscribe to the theory that you attract what you put out into the universe, it’s not hard to see why Feldstein is getting so much love from other creative, funny feminists. It’s not just her onscreen chops, but also her off-screen heart and sincerity that come shining through. “By the time I was 16, I was like, ‘This is who I am,’” she explains. “I’m never going to change for someone else, whether it’s a friend, a family member, a casting director, whoever it is. And honestly, I’ve never really been asked to.”

"To All the Boys I've Loved Before" Star Lana Condor On The Return Of The Rom Com: BUST Interview

Tags: Beanie Feldstein , Booksmart , Lady Bird , Neighbors 2: Sorority Rising , What We Do in the Shadows , The Female Brain , How To Build a Girl