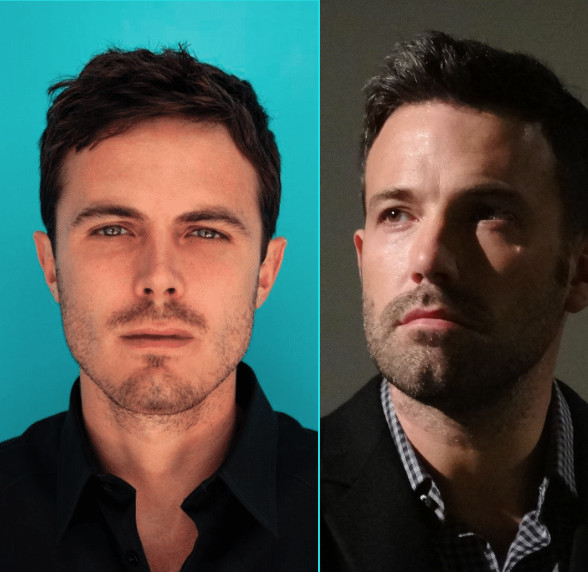 Turns out Hollywood brothers Ben and Casey Affleck have more in common than some Oscars and #MeToo allegations—they’re both slated to release movies with seriously problematic premises.

Casey Affleck’s Light of My Life tells the story of a father caring for his daughter in a post-apocalyptic society where all women have been wiped out by an epidemic. Ben Affleck is currently co-writing The Last Duel with #NotAllMen superstar Matt Damon. The film, set in 14th century France, tracks a duel between a knight and a courtier who raped the knight’s wife. If the knight is killed in the duel, his wife will be sentenced to death for leveling a false accusation against her rapist.

Each Affleck brother has proven himself a menace to women in his own special way. Casey, the worse of the pair, has settled two lawsuits from women, Amanda White and Magdalegna Borka, who worked on his 2010 mockumentary flop “I’m Still Here.” Allegations within the complaints include his crawling into bed with one of the women, verbally abusing them when they turned down his advances, making lude comments, inciting sexist, violating behavior from the crew, as well as denying them earned credits and recompense. Gorka, according to the Daily Beast, described these incidents while working with Affleck as “the most traumatizing of her career.”

Ben, despite being the lesser of two evils, isn’t clean either. A number of women have come forward, according to Vox, accusing the older Affleck of groping them. Two of the incidents, including one involving former One Tree Hill actress Hilarie Burton during a 2003 episode of MTV’s TRL, were caught on camera. His proximity to Harvey Weinstein, furthermore, has often been subject to scrutiny, with actress Rose McGowan claiming that Affleck was complicit in his rampant sexual misconduct.

@benaffleck “GODDAMNIT! I TOLD HIM TO STOP DOING THAT” you said that to my face. The press conf I was made to go to after assault. You lie.

But two white men with academy awards shouldn’t be held back by trifling things like sexual harassment, right? Instead, they should have sympathetic AP articles written about them. You know, like the one where Casey Affleck talked about how much he’s “learned” from #MeToo over the past years and chalked up the allegations against him to an “unprofessional environment." Maybe a good pity piece in The New Yorker talking about how sad Ben Affleck looks following these scandals will do the trick. Both men should, of course, still be widely respected in Hollywood and make all the movies they want, especially those contingent on violence against women.

I mean, who wouldn’t want to watch an emotional odyssey about a man protecting his daughter from a male-only world made by a dude who makes the real world an unsafe place for women? And a movie created by two #MeToo critics about a bunch of men able to dismiss a woman’s claims of having been raped and punish her for them? Instant fucking blockbuster.

The longer we remain sympathetic to the challenges the Afflecks' own misconduct has caused them, the shorter the footnote detailing their harassment and vindicating their victims becomes. The fact that Ben Affleck could pitch such an off-color movie and get it greenlit, not to mention the fact that Casey Affleck is still making movies at all, shows we're not doing a good enough job keeping men who grope and harass out of the spotlight. And though we as consumers might not be able to change Hollywood's pervasive culture of misogyny, we can sure as hell choose what movies we pay to see and what movies we don't. Namely, anything with the Affleck name rolling in the credits.

We Need To Talk About Casey Affleck's Sexual Assault Allegations

Benn Affleck Condemns Buddy Harvey Weinstein, But Turns Out He's A Creeper Too

Tags: Ben Affleck , Casey Affleck , Sexual Harassment , Sexual Assault , Hollywood , #MeToo
Support Feminist Media!
During these troubling political times, independent feminist media is more vital than ever. If our bold, uncensored reporting on women’s issues is important to you, please consider making a donation of $5, $25, $50, or whatever you can afford, to protect and sustain BUST.com.
Thanks so much—we can’t spell BUST without U.