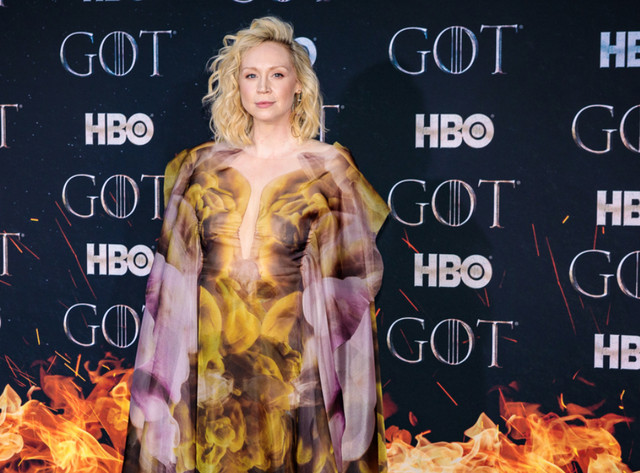 Gwendoline Christie, former BUST cover star and Game of Thrones' bear-fighting baddie Brienne of Tarth, was not submitted for an Emmy nomination by HBO, according to The Hollywood Reporter. Instead, she paid the $225 submission fee herself and is now up for Outstanding Supporting Actress in a Drama Series.

Though Emmy hopefuls often put themselves up for consideration, The Reporter claims, actually getting a nomination is a huge longshot. Two other cast members, Alfie Allen and Carice van Houten, similarly submitted themselves and were awarded nominations, bringing the total number of GoT Emmy noms to a staggering 32.

Christie has been pushing the representation of women onscreen forward for years: beyond kicking GoT butt in 30-pound armor as Brienne of Tarth, she has played badass roles such as Commander Lynne in Mockingjay as well as Captain Phasma in Star Wars sequel movies, and is currently starring as Titania in a gender-swapped version of A Midsummer Night’s Dream, according to her interview with BUST.

Self-described as “one hundred percent feminist,” submitting herself for Emmy consideration is a perfect example of the narrow margin that exists between the powerful characters Christie plays and the actress herself. She didn't quietly swallow HBO's rejection and she didn't wait for anyone to tell her that her performance was good enough. Christie knew her own worth and asked to be recognized for it. And though that may seem more prosaic than defeating countless men as a woman warrior, in real-life 2019, I'd say it's a rough equivalent.

The Feminist Reason We Can't Wait To See 'Star Wars: The Force Awakens'