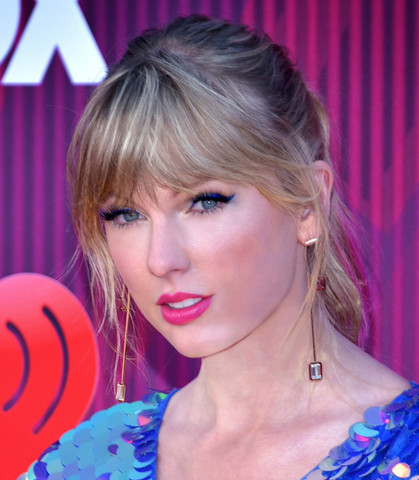 In case you live under a rock or automatically skip over headlines about Taylor Swift—I personally am guilty of doing both—let me catch you up on the hot goss surrounding the country-turned-pop icon and some dude named Scooter Braun.

Two Sundays ago, Big Machine Records, the label with rights to all of Taylor Swift’s work produced until 2018, was acquired by Scooter Braun's media company SB projects, which has and continues to represent artists including Ariana Grande, Kanye West, Carly Rae Jepson, David Guetta, Tori Kelly, and Justin Bieber. Swift, who took to Tumblr to address the news, was upset to put it mildly.

Swift refers to a reality in which Braun owns her work as one of her “worst nightmares” and considers the buy-out a huge betrayal on the part of Big Machine exec Scott Borchetta. “Any time Scott Borchetta has heard the words ‘Scooter Braun’ escape my lips,” writes Swift, “it was when I was either crying or trying not to. He knew what he was doing; they both did. Controlling a woman who didn’t want to be associated with them. In perpetuity.”

So, Taylor Swift got screwed over by a bunch of men in a shoddy business deal. Frustrating and a valuable lesson for vulnerable artists just starting out. End of story, right?

Ever since Swift spoke out against Braun, celebrities have been stirring the pot and taking sides in the dispute. Halsey, Iggy Azalea, and Selena Gomez’ mom are some of the celebs that have gone team Taylor. Demi Lovato, among others, defended her manager, calling Braun a “good man.” Sia similarly came to Braun's defense, adding "kind" to the mix of descriptors.

Enter Justin Bieber, the hero we’ve all been waiting for. In an Instagram post, Bieber dragged Swift for her post about Braun—his manager and mentor. “Scooter has had your back since the days you graciously let me open up for you!” Bieber writes. “So for you to take it to social media and get people to hate on scooter isn’t fair. What were you trying to accomplish by posting that blog? seems to me like it was to get sympathy u also knew that in posting that your fans would go bully scooter.”

Beiber writes multiple times throughout the post that he and Scooter “love” Swift and have nothing bad to say about her. Thanks, Justin, everything is fixed now. You did great, sweetie.

And THEN—we’re getting close to the end, I promise—queer icon and bad bitch Cara Delevigne brought some sanity into this hot mess by responding to Justin Bieber’s post writing: “I wish you spent less time sticking up for men and more time trying to understand women and respecting their valid reactions.” And I am absolutely ready to stan (finally someone seeing the reaction against Swift as the sexist beast that it is!) but before we move on, just a reminder that we can’t have nice things because even the hero of this story kind of messed up. “As a married man,” Delevigne writes, “you should be lifting women up instead of tearing them down because you are threated.”

Before I hype Delevigne up for saying what needed to be said, why, dear God, why, is not being a sexist jerk something that Justin Bieber should only be particularly invested in because he is a married man? Just like men who say that they completely re-evaluated their views on rape or women’s rights after having a daughter or because of their sisters, this type of argument makes caring about and advocating for the rights of women a battle contingent on individuals. If there isn’t a woman in your life that you care about, why should any of this stuff matter? Women could be treated like objects until I found my darling wife and now everything is different. Rape seemed funny until my daughter started walking home at night alone. Everyone needs to respect, value, and protect women because they are fellow people, not because of this bullshit.

Okay, now that that’s out of the way, I’ll get to the stanning. Delevigne (minus the regrettable wording) is the voice of reason, the light at the end of the tunnel who I commend for taking the time out of her busy day to try to talk some sense into notable a**hole Justin Bieber. She’s right in saying “We should all be on the same team. End of story.” An artist got screwed out of her work by a bunch of guys who I imagine saying, “It’s not personal, it’s business,” whenever she got upset, and instead of listening to her own emotional experience with acceptance, people are invalidating her pain for the sake of preserving some guy’s reputation. And while no one's looking to Justin Bieber to lead in the charge in women's advocacy, he's not alone in somehow trying to "defraud" her lived experience. Some people may have positive relationships with Braun, but that should do nothing do discredit Swift’s own. The way she feels is valid and trying to silence her with dismissals of attention seeking is not just the usual celebrity nonsense that I ignore, but downright sexist.

Our Pop Stars, Ourselves