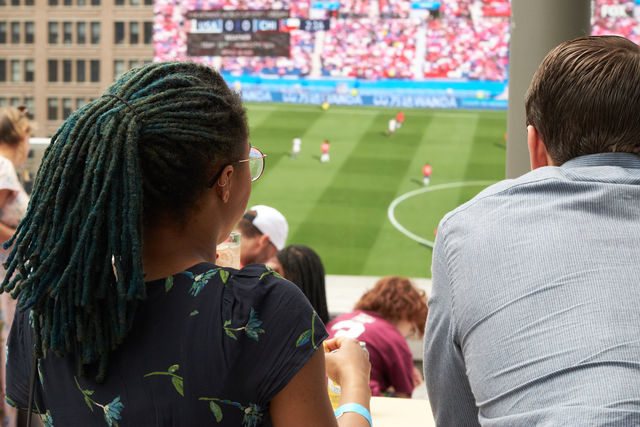 Yesterday Bust teamed up with our friends at Nike to host a watch party for the USA vs Chile game of this year’s FIFA Women’s World Cup France 2019! Some highlights include the amazing Nike NYHQ rooftop, refreshing Lavender Lemonade cocktails from Tito’s Handmade Vodka and Pisco Sours from Pisco Control C, Chilean hotdogs, live-soccer bingo, the coolest DJs, Jon Glaser’s spirited outfit and, of course, some of women’s soccer at it’s finest. With a final score of 3-0, the US women’s team has not only won both it’s matches in the cup thus far, but has yet to be scored upon by an opposing team.

You can catch this seemingly unstoppable group of women play again this Thursday, June 20th, against Sweden– but until then, scroll through some of our photos from yesterday’s magic event and relive it with us. 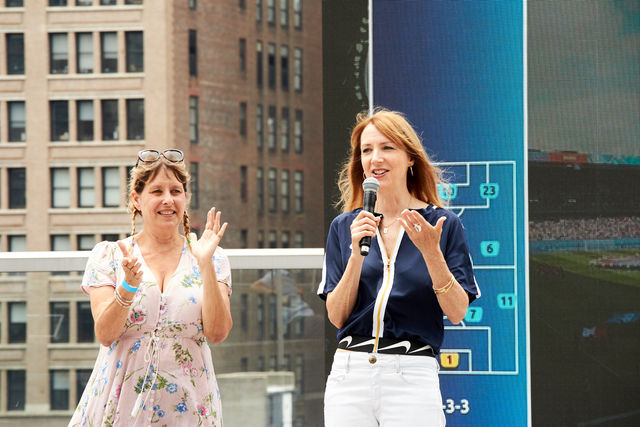 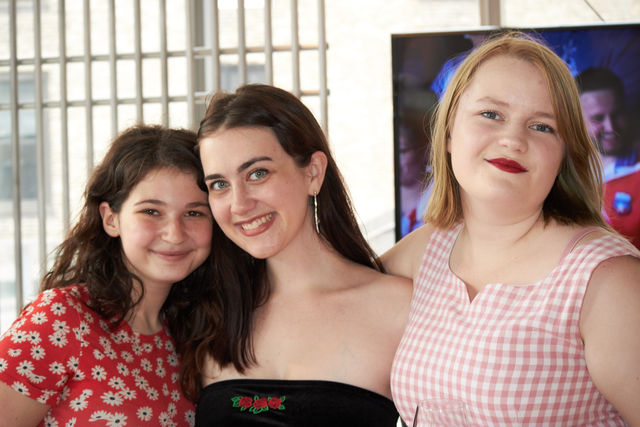 BUST Digital Editorial Director, Lydia Wang, with two of her Editorial Interns, past and present. 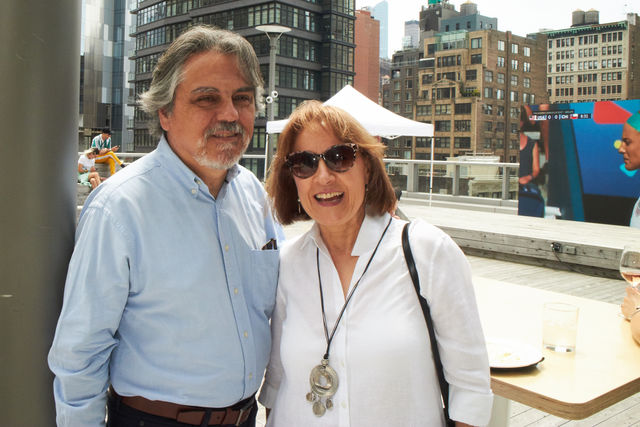 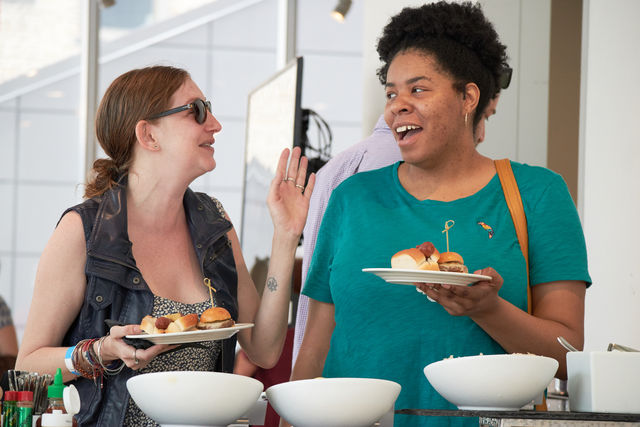 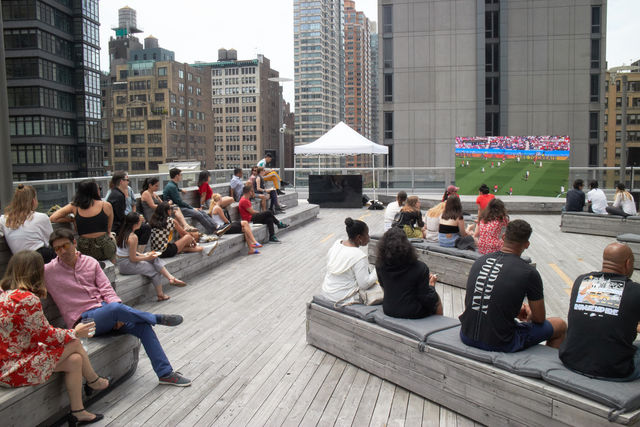 The Nike NYHQ rooftop was the best spot to watch the FIFA Women's World Cup France 2019 (except for maybe France). 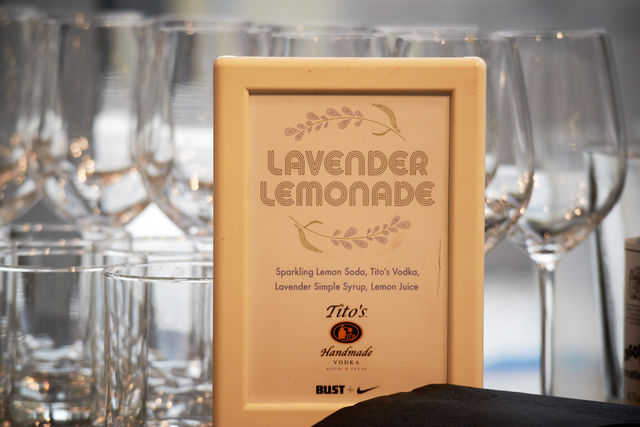 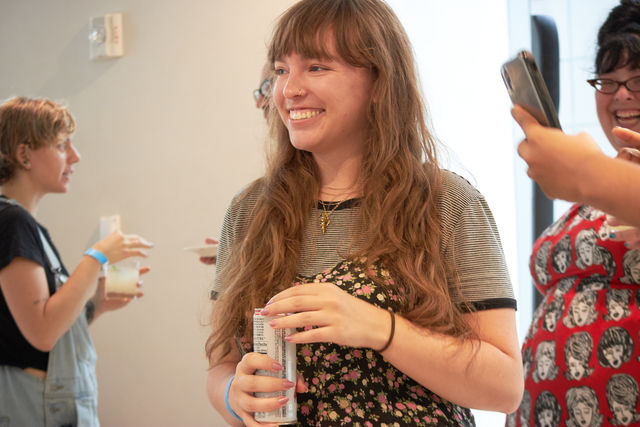 All smiles with our Senior Designer, Meredith Felt. 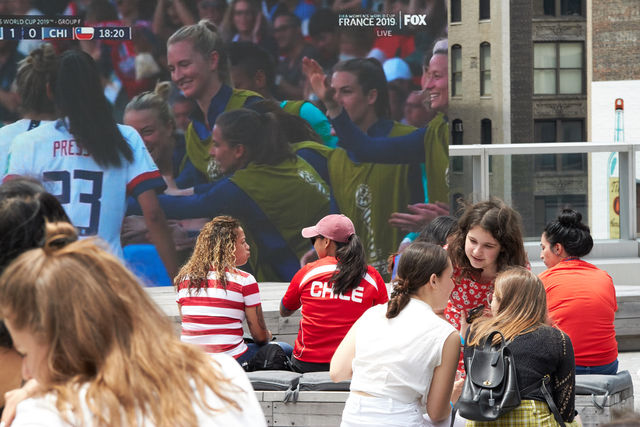 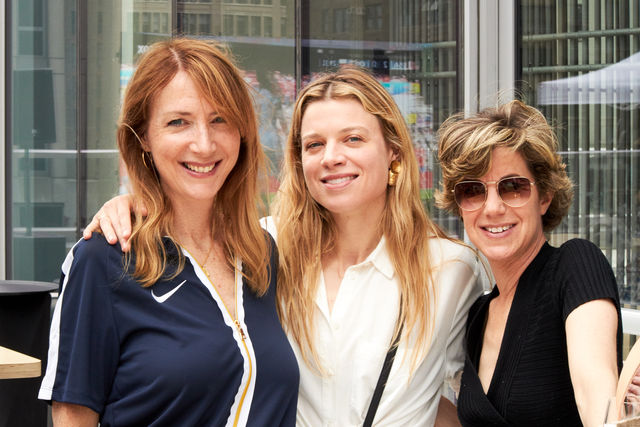 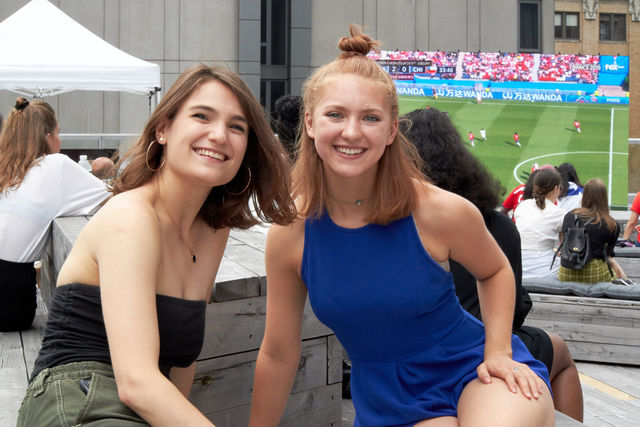 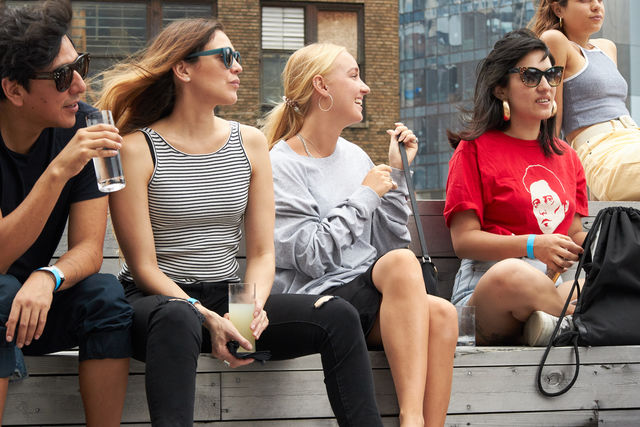 Guests basking in the unexpected sunshine. 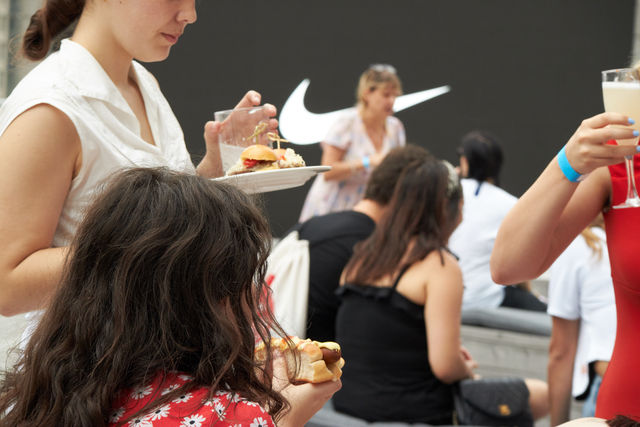 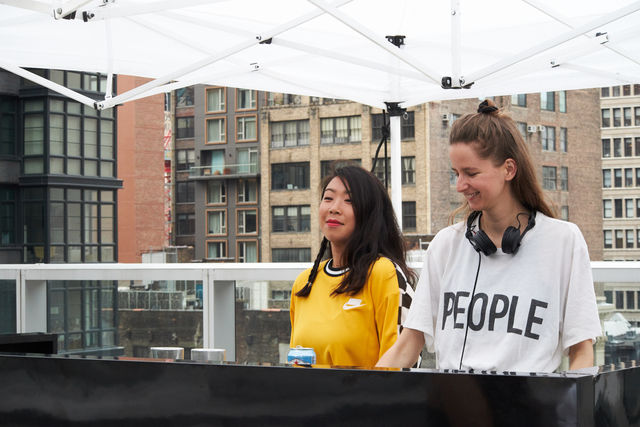 Our two out-of-this-world DJs, Jane Kate and Dominika had us dancing during half-time! 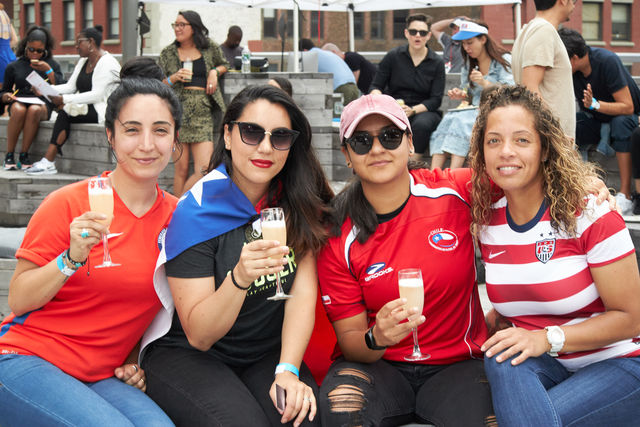 Team Chile may have lost the match but that didn't stop these fans from #winning with our Pisco Sours made from Pisco Control C. 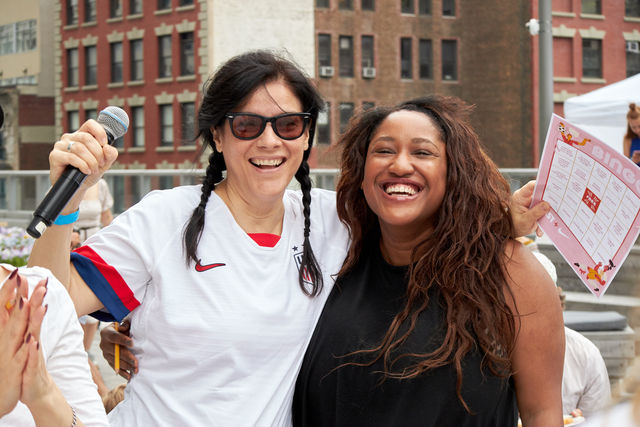 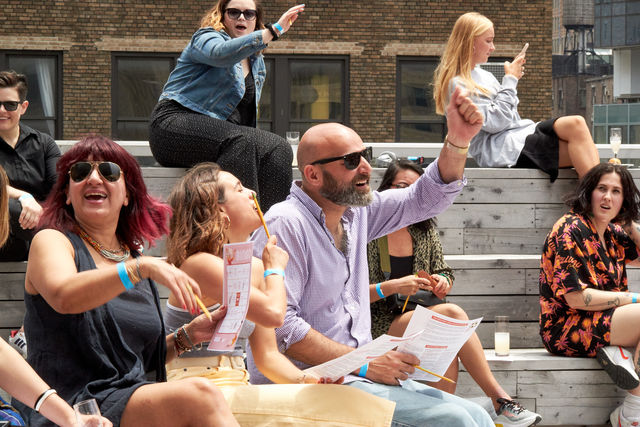 Guests cheering on Team USA as they score their third goal of the game! 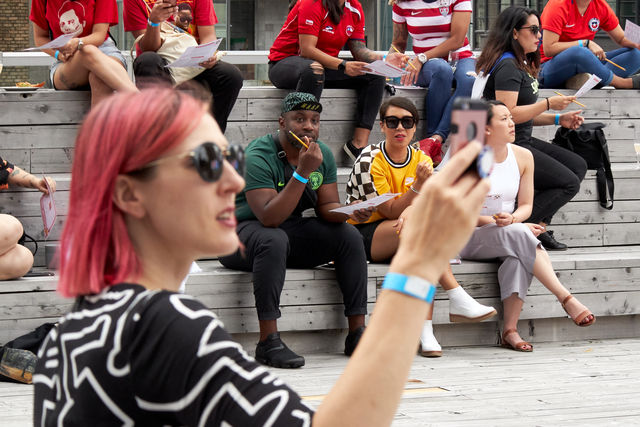 Photo-ception! Kristen Blush photographed while getting her own shot of the event. 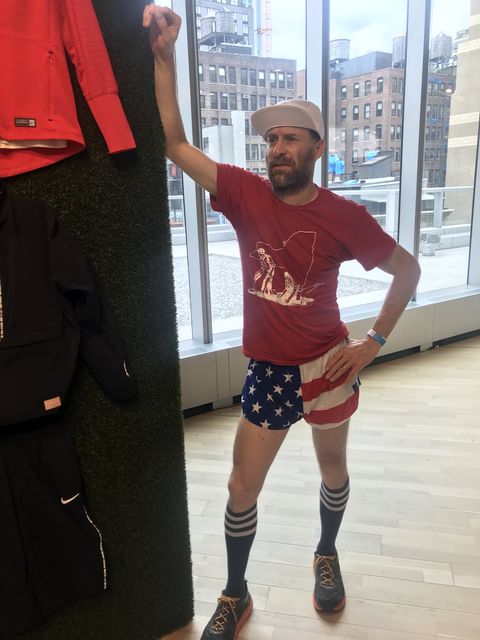 Our comedic hero Jon Glaser came to SLAY. Can you guess which team he was rooting for? 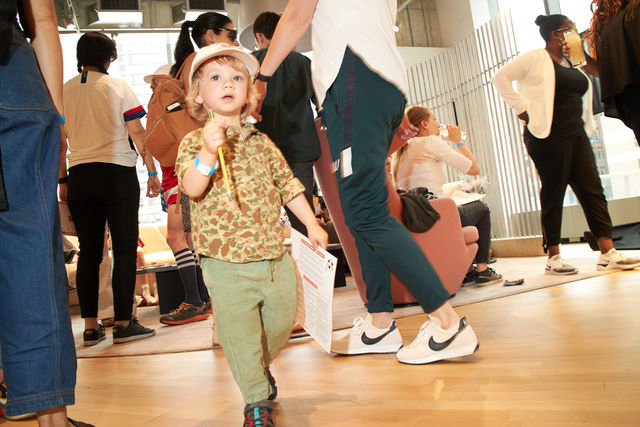 Is it just me, or is this adorable little dude #fashionGOALS. 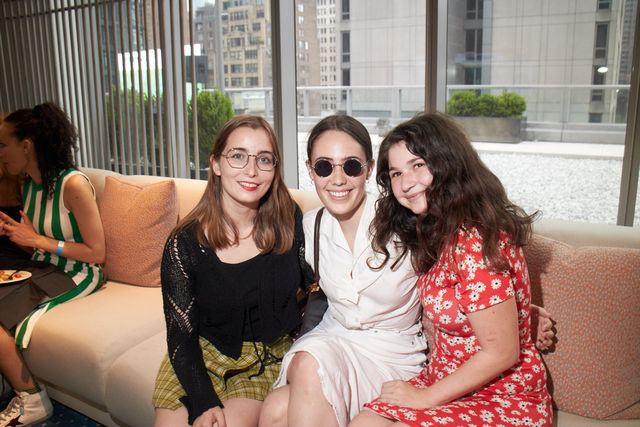 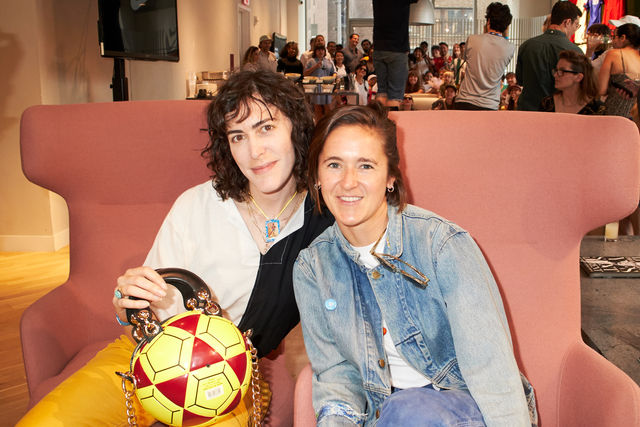 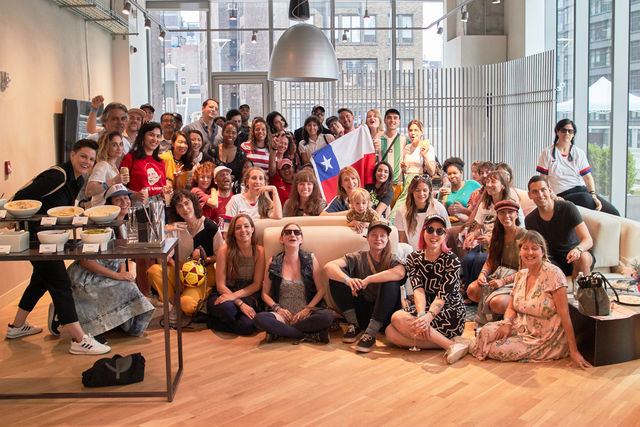 And that's a wrap! Thanks again Nike, Tito's Handmade Vodka, Pisco Control C, and our wonderful guests for such a great event! We love women in sports!