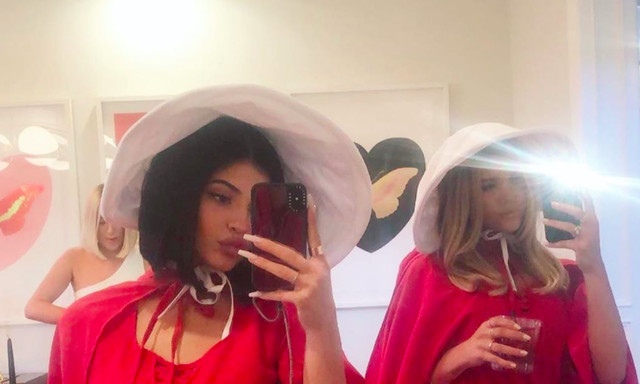 For reasons that are still unclear to this author, youngest self-made billionaire (hold for laughter) Kylie Jenner recently threw a Handmaid’s Tale themed party. The party featured cocktails like “Under His Eye” tequila and “Praise Be” vodka. The party was a glaring example of the privileged existence that Kylie lives: that she's able to make light of a show that centers on the rape and oppression of women.

All women (and frankly, anyone with a uterus) have something to lose if Roe v. Wade is overturned, as numerous restrictions to abortion access across the country have already showed us time and time again. But rich white women like Kylie have less on the line. When abortion is criminalized, it predominantly affects lower-income folks. Kylie will always be able to travel across state lines or across continents in order to procure an abortion if she needs one.

Some have argued that it’s just a TV show, a medium that people have binged relentlessly, but The Handmaid’s Tale isn’t that kind of show. Because of its intensity and depiction of violence against women, The Handmaid’s Tale has never been a juicy, bingeable show where one can consume multiple episodes in a row. And I’m certainly not opposed to television themed birthday parties, but this is very different from my Project Runway themed 12th birthday party, complete with an actual runway in my living room, with my dad dressed like Tim Gunn. The stakes of a reality TV show about fashion are far lower than a dystopian depiction of an autocratic religious regime that increasingly parallels our own political climate at breakneck speed. The handmaids' uniforms aren’t a style statement; they are a very specific aesthetic choice that have emerged as important political iconography. This isn't the first time Kylie has been called out for missing the political mark. Here's hoping she eventually learns to do better.