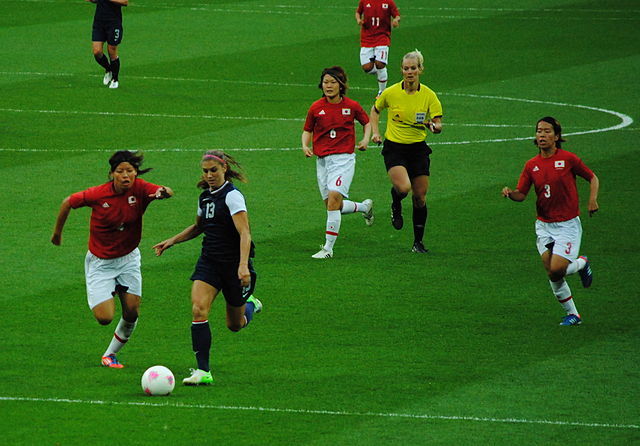 The 2019 FIFA Women’s World Cup kicked off (literally) on June 7th, with France facing off against South Korea, in Paris. The tournament will run for one month, with the final round at 11:00a.m. on Sunday, July 7th. The U.S. defending champions played for the first time this Tuesday against Thailand, setting a world record for the largest defeat in the Women's World Cup, with a score of 13-0.

Even if you’re not a sports fan, this year’s World Cup falls at a pivotal moment for women’s soccer, and in particular, the U.S. team, as they prepare to fight a court case against the U.S. Soccer Federation for “institutionalized gender discrimination,” according to The New York Times. Not only that, but the U.S. team is actually predicted to win, contending fiercely with other 24 talented teams, including the host nation, France, Germany, and England. Those who do win will take home $4 million (double what it was four years ago,) And while that certainly isn’t the $38 million the French National Team took home in 2018, it still is progress. Even the teams that are unlikely to win will be making histories of their own, with Scotland, Jamaica, Chile, and South Africa competing in the tournament for the first time. Make sure to tune in and support these incredible women as they shine on and off the field.

If you’re watching on TV in the United States, the World Cup will be airing on FOX and FS1 (FOX Sports).

If aren’t watching the games on TV, you can stream live at the above times on your phone or computer using the following subscriptions: