Details
BY Emma Davey
IN Entertainment
Published: 14 May 2019 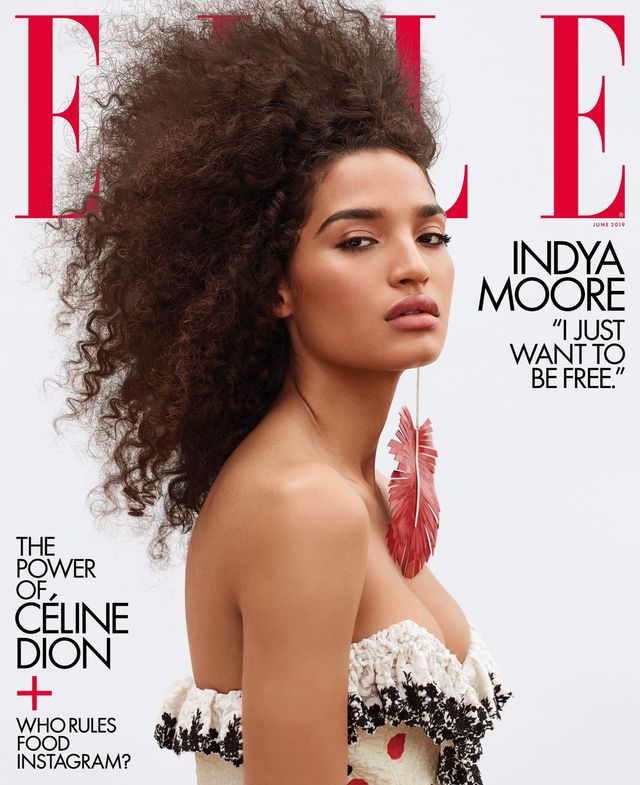 Pose actor and model Indya Moore is Elle’s latest cover star and looks stunning. They are also the first trans cover star for the magazine’s US edition.

In the cover story, Moore talks about how their relationship to their parents led to them entering the foster care system at age 14, telling the magazine: “A lot of times, when parents overdiscipline their children, especially when they’re queer, their intention isn’t to hurt them, …[t]hey think they’re saving their children from harm. But they don’t realize that they’re causing harm, that they’re doing to their kids exactly what they’re afraid of the world doing to them.”

“I didn’t understand what sex trafficking was at the time…[t]he language I knew was that they were, basically, my pimps. I was just a kid.” Moore says.

While the profile uses she/her pronouns, Moore has opened up on Instagram about their feelings on preferred gender pronouns (PGP):

“i'm still navigating various levels of insecurity around the way people consume my identity & i often slip up in compromising my PGP for other peoples comfort in fear of their ability to understand and how that ends up being projected on me...I am non binary but i also realize for cis people & even binary trans people, that my identity/PGP being respected depends on their ability to understand it…”

i'm still navigating various levels of insecurity around the way people consume my identity & i often slip up in compromising my PGP for other peoples comfort in fear of their ability to understand and how that ends up being projected on me. Writing this makes me more aware of how problematic that is not only for me but for those i advocate for, so i appreciate the question. I am non binary but i also realize for cis people & even binary trans people, that my identity/PGP being respected depends on their ability to understand it- though I'm also aware it's not about their identity to understand it's about the neighbor in the person you should respect. Im overwhelmingly affected by my fears of being percieved as difficult in cases where I am misunderstood at the horizon of a difficulty I did not stimulate. so I usually keep it to myself to make it easier for others because i don't feel like alot of ppl are ready yet.. I'm also aware how cis assumed/binary I look so thats also why i feel conflicted. I usually just go along with it... I also feel bashful around correcting people- i'll get back soon with more courage and insight. In the meantime i do prefer that people use they them pronous to identify me.

You can catch more of Moore when Pose returns to FX on June 11th.

Tags: Indya Moore , Elle , Pose
Support Feminist Media!
During these troubling political times, independent feminist media is more vital than ever. If our bold, uncensored reporting on women’s issues is important to you, please consider making a donation of $5, $25, $50, or whatever you can afford, to protect and sustain BUST.com.
Thanks so much—we can’t spell BUST without U.