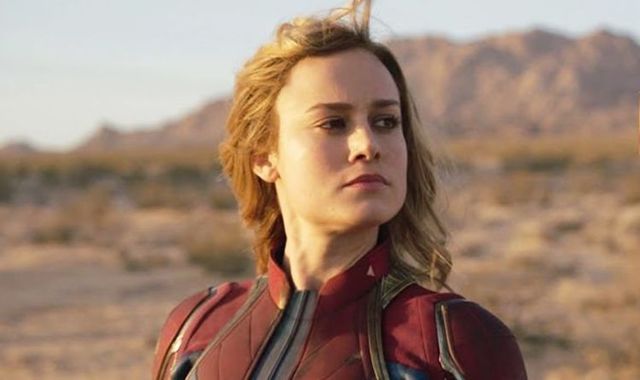 This article contains many spoilers, read at your own risk.

Growing up, I thought I was “not into” the superhero fandom, but as it turns out, I am just not into superheroes as a display of quintessential hypermasculinity. Within the past couple months, I, somewhat reluctantly, went to see Spider Man: Into the Spider-verse (twice, actually) and Captain Marvel. I left the theater after both movies feeling enthralled by superheroes. Do I like superheroes after all? Did I waste my childhood thinking they were lame when really, they are exactly my cup of tea?

I got home from Captain Marvel and decided to catch up on the past decade or so of Marvel movies. Turns out many of them are as bad as I had feared all along. Most of them do not pass the Bechdel Test, which is a bare minimum for gender representation in films since the base requirement is having two female characters, with names, exchange at least two lines of dialogue that are not about men. Seems like such a simple ask, and yet, so many movies do not pass. The Marvel franchise is heavily white, male, heterosexual, and needlessly violent. I love watching a good scene of Black Widow beating up a bunch of men; I just do not need to watch three hours of men blowing things up for no reason in order to justify the one or two scenes with women in them.

One of the first movies on my journey through Marvel was Captain America. This one is a period piece during WWII in which Captain America beats up and kills a bunch of Nazis. As much as I love watching Nazis being brutalized, I found myself resenting the film for having about 5,000 male characters and only one female character, Peggy Carter, who is, of course, the love interest and gets sold short in a lot of ways. People loved her character so much that she ended up getting a TV show, Agent Carter, which was canceled after two seasons. Captain America exemplifies overarching themes of anti-fascism and anti-imperialism within the Marvel franchise. But how much more fun would it be to watch women get artificially induced super muscles and kill the Nazis?! (A lot more fun.)

Captain Marvel is a former pilot who was found after a plane crash by the Kree who are an imperialist species living in space. They are fighting against the Skrulls- a shape shifting species that the audience later finds out are an oppressed refugee species. The movie has an anti-imperialist twist towards the end in which Captain Marvel discovers that she was unknowingly fighting for the bad team and switches sides. She then realizes her full potential as she breaks free from her abuser, shoots him into space, and fights to protect the underdogs. I left the theater wanting nothing more than the power to photon blast out of my hands.

After watching Captain Marvel, and then Captain America (a movie that absolutely does not pass the Bechdel test), I listened to the Bechdel Cast episode about Captain Marvel. They spoke with guest Carolyn Cocca, author of Superwomen: Gender, Power, and Representation, about the importance and history of representation in superhero comics and movies. In her book, Cocca writes: “While you do not have to have a perfect demographic match with a fictional character to identify with [them], seeing someone who looks like you can have a positive impact on self-esteem and seeing no one who looks like you can have a negative impact on self-esteem. You are more likely to imagine yourself as a hero if you see yourself represented as a hero.” (I would highly recommended listening to that podcast episode and reading Cocca’s book for anyone who wants to learn more.)

Representation is about intentionally creating space for people who do not get as many opportunities to have a platform in the dominant culture. Watching these movies has helped me realize I really relate to superheroes who are not cis white men, i.e Miles Morales’s Spiderman and Captain Marvel. People have a deep-seated desire to see themselves represented in television and movies, which is a privilege that cis white men do not have to worry about because they very rarely watch a movie without seeing themselves represented (and they usually get very angry on the internet about it). For marginalized people, it can feel very validating to finally see yourself reflected and empowered in the media you consume. I hope that this trend of more diverse superheroes continues and that kids growing up now get to see themselves portrayed as heroes.

Brie Larson As Captain Marvel Soars At The Box Office