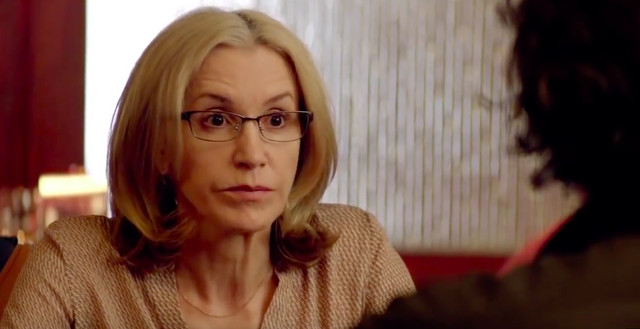 Yesterday 13 of the 50 parents involved in the college admissions scandal have pled guilty to using bribery and other forms of fraud in relation to the national college admissions scandal. The scandal hit the headlines in early March, and among those who pled guilty was actress Felicity Huffman, but not Fuller House star Lori Loughlin or her husband, fashion designer Mossimo Giannulli.

Over the past month the scandal has been one of many sensational stories (see Silicon Valley vampire Elizabeth Holmes) saturating the news and tabloids.

After pleading guilty, Huffman publicly apologized for her actions:

“I am in full acceptance of my guilt, and with deep regret and shame over what I have done, I accept full responsibility for my actions and will accept the consequences that stem from those actions.

My daughter knew absolutely nothing about my actions, and in my misguided and profoundly wrong way, I have betrayed her. This transgression toward her and the public I will carry for the rest of my life. My desire to help my daughter is no excuse to break the law or engage in dishonesty.”

Those who agreed to the plea deal could face up to 18 months in prison, however, lesser sentences are being sought after for some defendants, including Huffman. The remaining parents involved who did not agree to the deal could potentially face more time in prison, as their cases would go to a federal grand jury.

Much of the focus of the scandal has been centered on the women, rather than their husbands. While Giannulli was indicted, Shameless star William H. Macy, Huffman’s husband, was not, even though he and Huffman made a joint donation of $15,000 to the Key Worldwide Foundation (a front for the scandal). Both of the men have been largely left out of the headlines.

Loughlin and Giannuli are accused of paying $500,000 to get their daughter, social media star, Olivia Jade into USC. This past fall she publicly stated on her Youtube channel that she didn’t care about school and was only there for parties. Olivia Jade has stopped attending classes and her student account has been placed on hold.

As a college student, I have to admit that I’m not unbiased when approaching this story. I worked hard to get into school. I spent hours volunteering, participating in extracurriculars, doing homework, writing application essays, and traveling around my home state to visit college admissions officials. Huffman, Loughling, Macy, Giannulli, and all the other parents make me very, very angry to say the least. I come from a single parent household. My mom didn’t have hundreds of thousands of dollars to bribe my way into college. Even if she did, I wouldn’t want that - I’d want to prove that it was my merit as a student that got me in.

When Huffman apologized to students like me “who worked hard every day to get into college,” I rolled my eyes. It’s just a way for her to save face. Huffman doesn’t care about me or the other kids who worked their asses off. She doesn’t care that she took advantage of a broken system. She’s just sorry she got caught.

In the end, Huffman and the other parents will go to a white collar prison with a tennis court and jacuzzis, hanging out with Micheal Cohen while drinking margaritas for their 5-month sentences. Their kids will be fine, they will be fine, but the rest of us? We’ll still have to work hard.

"The Trial Of Lizzie Borden: A True Story" Is A Damning Telling Of One Of The Greatest Murder Trials

Tags: college , scandal , admissions , bribes , felicity huffman
Support Feminist Media!
During these troubling political times, independent feminist media is more vital than ever. If our bold, uncensored reporting on women’s issues is important to you, please consider making a donation of $5, $25, $50, or whatever you can afford, to protect and sustain BUST.com.
Thanks so much—we can’t spell BUST without U.