The BeyHive Wants Omari Hardwick To Understand Beyonce And Boundaries 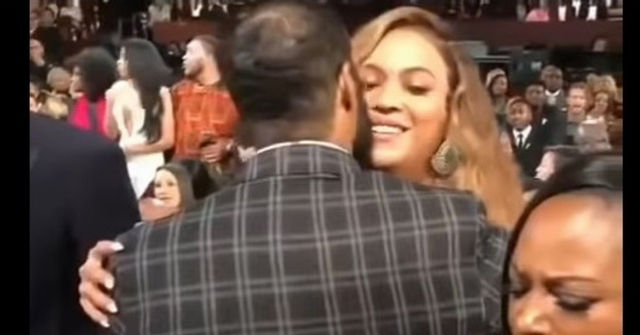 This past weekend we were fortunate enough to experience two Carter sightings. First, Beyonce and Jay-Z attended the 30th annual GLAAD Awards as the pair were the recipients of the Avant-Garde award. Before they received their award, Shangela delivered a stellar lip-sync performance of Beyonce. Upon accepting the awards, Jay-Z dedicated the award to his mother, whom was honored last year by the same organization for her coming-out story that was featured on his album 4:44 on the track “Smile.” Beyonce recognized her uncle, a gay black man who has since died from HIV, who helped raise her and Solange. She even ended her speech saying “Who you identify as, is your human right. Who you choose to go home with and bring that ass to Red Lobster, is your human right,” further solidifying her allyship to the queer community.

Then, the coupled appeared again at the 50th NAACP Image Awards. Jay-Z was the recipient of the President’s Award, and Beyonce would ultimately win the “Entertainer Of the Year” award because she’s fucking Beyonce, that’s why.

As expected, everyone in attendance finds a way to crowd The Carters. And honestly, who wouldn’t want a chance to just for a moment occupy the same space as Beyonce and have their existence acknowledge by Queen Bey? If you can’t tell by now, I’m a member of The Hive™ Class of ‘13. Footage of celebs finding their way over to Beyonce and Jay-Z had surfaced. Amongst the many, was STARZ’s Power, Omari Hardwick. He shakes Jay-Z’s hand, takes a photo and then finds his way to Beyonce. Hardwick immediately goes in for a kiss on the cheek, a hearty hug, and then another kiss on the cheek. What would normally be typical Hollywood schmoozing has many of Beyonce’s fans bothered. That second kiss is very close to the corner of her mouth. The two break away from the embrace, Hardwick leaves, and according to The Hive, Beyonce looks visibly bothered.

The double peck on the cheek has sparked up a lot of discussion about women and boundaries. Granted, none of us can speak to Beyoncé’s feelings nor can we be sure of the familiarity between she and Omari, and, sure, The Hive can have a bit of an unhealthy obsessive interest in Beyonce, but there is something to be said about women and personal space. Hugs are extremely personal and intimate. Don’t believe me? Consider how many times you’ve seen men embrace in hugs with one another--what were the circumstances? How familiar with one another were they? There is always unspoken, strict boundaries amongst men. Those same rules don’t apply to women. Many argue that Hardwick’s actions were nothing more than chivalry or politeness. But seriously, who goes in for TWO kisses? Not even the French.

The overall frustration for a lot of women is just how our bodies and personal space are causually and regularly ambushed by outsiders. Watching that interaction between Omari and Beyonce is just triggering because many of us have been there. And most importantly, if Beyonce can't have boundaries, then there is definitely no hope for the rest of us.