Navigating South By Southwest 2019 Through a Feminist Lens 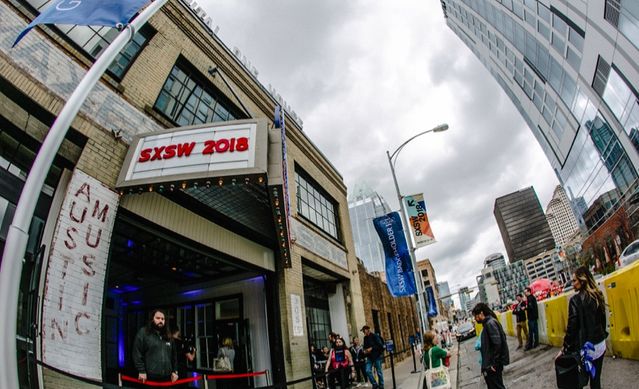 After getting approved for an interactive badge at South By Southwest, the sprawling music, film, and education festival that takes over Austin, Texas during spring break, I was pretty stoked to hit up all the panels. Once I planned which panels and sessions I’d cover for my day job, I scanned the schedule to see which other events I didn’t want to miss.

Translation: events tailored to my thirst for female empowerment, intersectional activism, and inspiration.

While I wasn’t able to hit up every session I would have liked to during my three days at the festival (my 9-5 gig was waiting for me on Monday), I did get to stop by a few panels and moderated sessions that had my feminist spirit feeling recharged.

I started my girl power agenda with “How ’90s Bitchification Led to #MeToo,” a presentation by journalist and author Allison Yarrow. Like in most cases when referencing the ’90s, Yarrow pointed out that thinking back 20 years ago filled her with a strong sense of nostalgia. But when she, as an adult woman, thought back to how she viewed women in the ‘90s as a young girl, she realized that her opinions were negative. Blame it on the media, on our parents, on a misogynistic culture.

“Destructive sexism was rampant in the ’90s,” Yarrow said. “’90s bitchification made all women into bitches. The only difference between them was what kind.”

Yarrow, along with moderator Bridget Todd and attendees who took to the mic during the question-and-answer portion of the session, had a collective therapeutic experience in admitting that our upbringing and the times shaped the way we viewed famous women such as Anita Hill, Lorena Bobbitt, and Marcia Clark at the height of their fame. Now, as 20-something and 30-something adults, many were able to voice guilt in existing in a society that bitchified (and still bitchifies) women.

“We are just part of this system,” Yarrow said. “We have autonomy and authority and we can question now in ways that we couldn’t when we were little girls.”

The proof is in the #MeToo and #TimesUp movements, showing that we as a society are beginning to listen to women.

While the bitchification session looked toward the past, another panel titled “The Future is Fluid: How Gender and Sexuality Has Changed” focused on what’s to come. Led by Out MagazineEditor-in-Chief Phillip Picardi, the panel brought together HER founder Robyn Exton, performance artist Alok Vaid-Menon, and model/dancer Leyna Bloom for an hour-long discussion of their personal experiences as a lesbian woman, gender non-conforming person, and trans woman, respectively.

It was the most open-minded discussion I witnessed all weekend, one that truly embodied intersectional feminism at its best. While voicing hope for a society where “coming out” isn’t accompanied by fanfare and binaries are non-existent, the quartet’s conversation succinctly called out the problems that come along with gender identity and sexuality.

“Even in the feminist movement, there’s been a refusal to seriously engage that the heart of patriarchy...is the gender binary,” said Vaid-Menon. “I’m not allowed to exist.”

They said that they began identifying as non-conforming to be free of gender, but still face gender norms. Their solution would be to erase the differences among women – from cisgender women and trans women to non-binary and non-conforming persons. Vaid-Menon suggests getting rid of the notion that there is one universal definition of womanhood.

“There are many ways to be a woman,” Vaid-Menon said.

Alexandra Waldman, who, along with business partner Polina Veksler, spoke during the “Plus-Size Fashion Has No Future” session, echoed a similar sentiment of ending separations of women. Waldman and Veksler created Universal Standard, a fashion brand that carries sizes 00-40, in an effort to cater to women of all sizes and body shapes.

“This is not about increasing sizes,” Waldman said. “This is the desegregation of women.”

Waldman, who designs the brand’s pieces herself, said plus size women shouldn’t worry about whether a brand has their size or not, but only if she likes a certain garment. The brand, which was just started in 2015, lets a wide scope of women feel welcomed, especially with items being shown on models at every size.

Plus size fashion not having a future is not about getting rid of clothes for bigger bodies. It’s about erasing that distinction that makes women of a bigger size feel separate from women who wear “normal” sizes.

It was that feeling – the idea of that separation being removed – that made me feel hopeful.

Whether it’s the fluidity of sexuality and gender or the acceptance of plus size women, hearing these women, along with gender non-conforming voices, speak about acceptance of one another – differences and all – reassured me that intersectional feminism is alive and well. There is always room for growth, but my time at SXSW proved that we’re heading in the right direction.

Alok On Why Their Personal Style Is Political

5 Of Our Favorite Moments From New York Fashion Week

Sarah Martinez is a proud Syracuse alum and digital editor at an alt-weekly in her hometown of San Antonio. For occasional shameless self-promotions and retweets she wishes she had come up with herself, follow Sarah on Twitter @smartinezwrites.