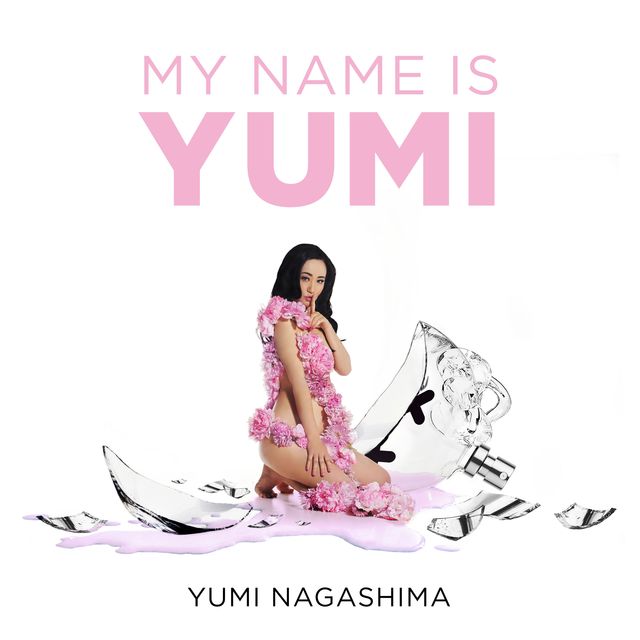 Yumi Nagashima (@yumicomedy) is the kind of comedian who continues to surprise. The Japanese-born Vancouver-based standup's brand of observational humor and deadpan delivery is delighting audiences nationwide. A YouTube clip from one of her sets has recently gone viral with over 400,000 views. In the video, titled "Japanese Sweet Bite Technique," Nagashima casually addresses the lackluster sex life of a couple, seated in the front row, mulling over different methods of oral sex for them. In her new debut album, My Name Is Yumi, Nagashima covers a range of topics, such as racism, international dating preferences and working in entertainment, from her unique viewpoint as a millennial woman from Japan to establishing a performance career in North America. You can see her perform at this year's Winnipeg Comedy Festival, or YouTube where she frequently uploads new bits. We had the privilege of speaking with the rising star about her road to comedy, her creative process and how she's challenging western stereotypes of Asian women. 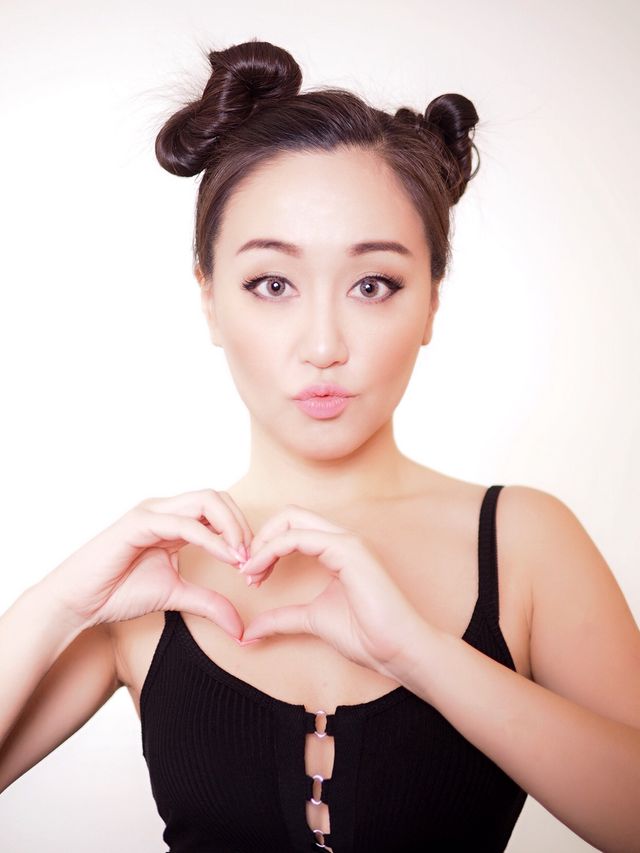 What attracted you to comedy? Have you always been a funny person?

Well, I started with acting first. I started studying acting around 2015, or wait a little bit before that, and I was kind of struggling because I have a thick Japanese accent so, like whenever I go to auditions I will have to be like a "Japanese Waitress" or like "Japanese Nuclear Scientist" or like the roles that make sense with my Japanese accent and it was like really limited opportunity. And then my agent asked me to go to see a dialect coach to get rid of my Japanese accent and I took a few classes and I felt so wrong because this is how I talk and this is what happens when Japanese people try to speak English. And in order to fit the Hollywood standard, I have to change how I talk and I felt so wrong. One of my actor friends, he wrote a comedy play called How Much Are Those Feelings In The Window? And then I got to play a Japanese wife who was like really not happy in her marriage. And when I said the first line, the audience started laughing which, I wasn’t expecting that and I had to wait a little bit to say the next line. And then, I realized when you do comedy it’s really interactive and you get to create something special with the audience and it made me happy. And that’s when I said oh maybe I should do comedy.

Who are some of your favorite comedians?

Dave Chapelle and Wanda Sykes, Bo Burnham. Dave Chapelle, I love him because he is like so effortless and casual like he could totally be your friend. Wanda Sykes, I love her delivery. Bo Burnham is like my soulmate. He’s like totally outside the box and it sort of changes my perspective on comedy or what comedy can do.

I’ve noticed that sex is a big topic in your comedy. A video of one of your sets recently went viral. You’re talking to this couple in the audience about the right way to go down on someone. I love how you're just so unapologetic about women advocating for their pleasure. Why is talking about this topic important for you? 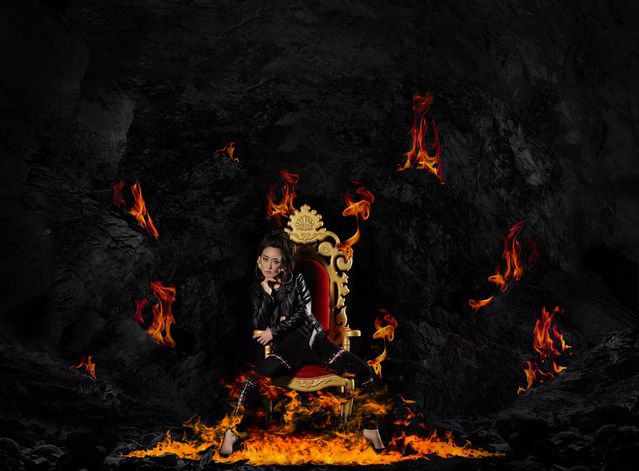 I love the way you structure your jokes in that they continuously subvert the audience’s expectations about your identity so the joke just gets funnier and more interesting in a way where you’re revealing something not just about yourself, but the audience as well. It’s really engaging. Do you like having those audience interactions?

Oh yes. That’s one of the reasons I do this. I feel a really strong connection with the audience. It’s a live performance and you’re talking to them. I love asking what they’re thinking and it’s like they come out feeling like “Oh, she’s actually looking at us.” It feels like [giving] extra love to the audience like “Hey, I can see you! Thank you for coming and thank you for being here!”

They talk about crowd-work a lot in comedy and some comedians, especially starting out, really struggle with it, but it comes so naturally to you it almost seems like it’s part of your joke-writing process. Would you say that it is?

Yeah, that joke was basically part of my writing process. Like, the beginning of the seed of the idea always happens in my shower. Like when I’m showering the idea pops in [my] head and sometimes I’m like ‘Oh shit! I gotta write this down.” And then I stop showering and put a towel on my head and before I forget I write the premise, the idea of the joke, down on paper. And then when I know I have like at least 30 minutes or an hour I sit in front of the computer and then start typing all the jokes. Like, "how do I say it?"

Yeah, it’s interesting how one word can change how funny the joke is.

Yeah! It was kind of funny because I’m Japanese, I think I’m even more careful with that than some English speaking comedians [in terms of] what the word means to the general public. I’ve used a dictionary because I want to deliver the exact idea so there’s hopefully no misunderstanding.

Have you ever performed standup in Japan?

I did it twice in Tokyo but both of [the shows] were for an English speaking audience. I’ve never performed comedy in Japanese except for this one time I was performing at a café called the Kino Café (in Vancouver) and apparently the owner just hired one Japanese dishwasher and she was watching the show with her friend and her English was so limited at the time and he [the owner] wanted me to perform for her for a few minutes and I did it in Japanese and she loved it.

I have to say it got so much better after the whole #MeToo movement. The awareness changed so much. Male comedians show more respect for female comedians. It’s comfortable working as a female comedian in Vancouver. We feel like friends and we’re more connected.

Does the #MeToo movement in the Vancouver comedy scene impact your writing in any way and if so, how?

When I started my goal was always to empower women or liberate women specifically Asian women. I was just touring with mostly female comedians and there are so much restrictions to women especially more in certain areas of the country and I always try to liberate them. And I think it’s kind of like after the movement, it’s even easier for me to state a point. 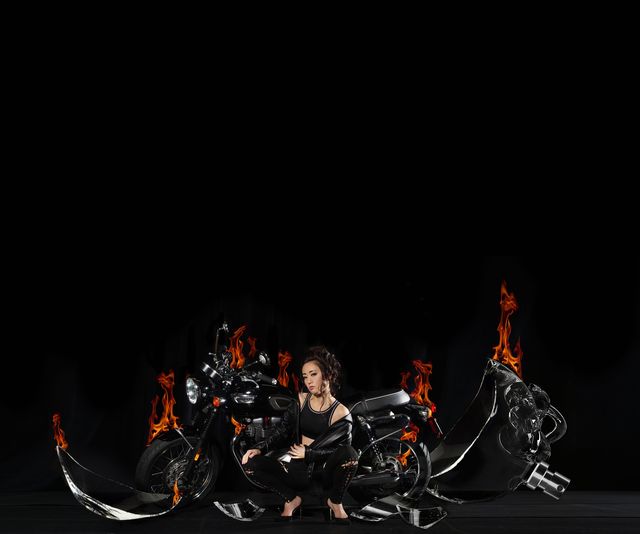 Any advice for comedians who are just starting out?

I want female comedians to have really good self-esteem; just respect and self-love and know that your opinion matters. And know that you matter. Each person feels differently about anything and it’s so fun to learn about the other people talking about the same topic. It’s very interesting.