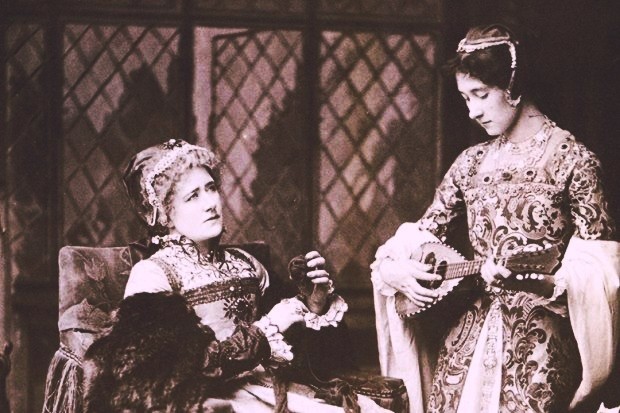 Here at F Yeah History, we love women who boss at everything. Be it literature, politics, art, employment, activism – the two women you’re going to read about next had it ALL.

Star of the stage Ellen Terry and her thespian daughter, Edith Craig, were two of the jazziest, energetic, and engaging characters of the early 20th century. From defying social norms to sticking it to theatre censorship laws, Ellen and Edith shook up the world they lived in, and everybody they met along the way.

IF YOU’RE A FAN OF SHAKESPEARE, YOU’LL KNOW HE WROTE SOME CRACKING LEADING LADIES. PORTIA, KATHERINE, VIOLA, SYLVIA, AND WHO COULD FORGET BEATRICE, QUEEN OF WIT AND SASS?

They’ve been portrayed on stage and screen over the past five hundred years, but never with quite as much wow factor as when Britain’s best loved stage actress, Ellen Terry performed them. 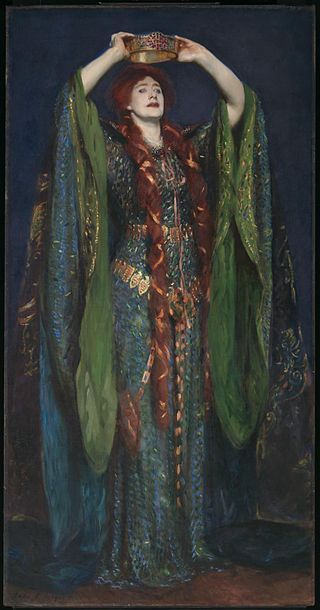 And if you want a quick summary of how much Britain loved Ellen Terry, then here it is in a little poem written for her:

Ellen Terry lived a dramatic life on and off the stage. Born to a family of performers, she became a child actress and grew up on the stage, before joining the Theatre Royal at Bristol and becoming famous for her depiction of Shakespearean heroines.

BUT it all went a bit wobbly when Ellen turned sixteen, and married George Fredric Watts, a renowned artist, for whom she had once modelled. Watts was 46 at the time – 30 years her senior! – and the marriage was doomed (again…she was 16!), lasting less than a year.

Ellen returned to the stage, often alongside Henry Irving (who apparently inspired the looks for Bram Stoker’s Dracula, don’t you know). Henry and Ellen’s relationship was intense, and passionate; they partnered in productions for decades.

Ellen was also close to George Bernard Shaw, exchanging letters with him for most of her life. There was even a play written about their letters! Shaw referred to their relationship as a courtship by letters, and wrote to her, in one:

‘Do you read these jogged scrawls, I wonder. I think of your poor eyes, and resolve to tear what I have written up: then I look out at the ghostly country and the beautiful night, and I cannot bring myself to read a miserable book…Yes, as you guess, Ellen, I am having a bad attack of you just at present. I am restless; and a man’s restlessness always means a woman; and my restlessness means Ellen.’

I’d say I felt sorry for his wife, but their relationship was pretty weird already…

But enough about the men. Ellen loved a romance, yes, but her career remained extraordinary.

She was unable to resist stage life, though this was sometimes for financial reasons.

Even after giving birth to her two children with Edward Godwin (who she had eloped with but didn’t actually marry), she returned to acting and slayed across theatres in the U.K., U.S.A., and Australia. 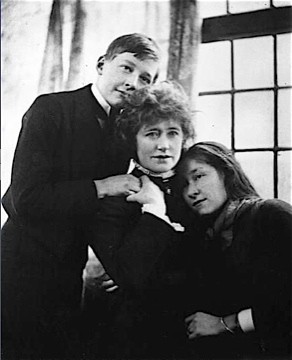 The Terry/Craig/Godwin fam: Terry and her children, Edward and Edith

Ellen was adored by legions of fans, and became the muse to many directors and playwrights. Her performance of Portia in Shakespeare’s The Merchant of Venice was world-renowned, and in her later years, she successfully toured the U.S., delivering lectures on the Bard himself.

Ellen’s children travelled with her as she toured the world, and as she grew older, her daughter Edith managed her career.

Born Edith Godwin, she was keen to distance herself from her illegitimacy…and thus, Edith Craig was born!

Ellen’s star may have eclipsed all others, but her daughter lived an colourful, unique, and inspiring life equal, if not greater, than her mother did. 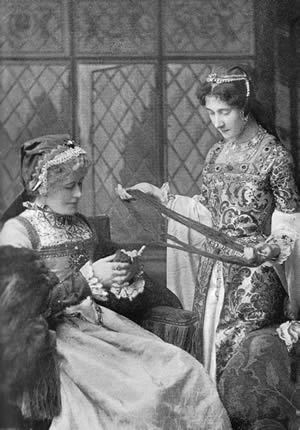 Starting on the stage at a young age, Edith acted, like her mother, with Henry Irving’s Lyceum Theatre, and in the plays of her mum’s pen pal, George Bernard Shaw.

But she wasn’t going to be an actress, oh no! Edith took a very different theatrical direction. Inspired by the radical movers and shakers that surrounded her, Edith set up a new theatre company, the Pioneer Players.

In a move to end censorship in performing arts, Edith and the Pioneer Players, well, did what it said on the tin. They put on plays that had been previously banned – plays about social reform, humanists; and, unsurprisingly, feminism.

Because what cause was flourishing at the time of the Pioneer Players? Women’s suffrage, of course!

Now, Edith was already pretty indoctrinated into the women’s suffrage movement, having attended a forward-thinking school with a pro-suffrage teaching staff, as she said:

“When I was at school I lived in a house of Suffrage workers, and at regular periods the task of organising Suffrage petitions kept everybody busy. Perhaps I didn’t think very deeply about it, and my first ideas of Suffrage duties were concerned with the interminable addressing of envelopes; but I certainly grew up quite firmly certain that no self-respecting woman could be other than a Suffragist.”

Edith was a member of the Women’s Social and Political Union, but soon left in protest at the Pankhursts’ autocratic rule and joined the Women’s Freedom League with other suffrage bigwigs, including Teresa Billington-Greig and Charlotte Despard.

As theatre became even more prolific in the suffrage world, with plays by Ciecly Hamilton and Elizabeth Robins depicting pro-suffrage and feminist narratives, in 1908 Edith became instrumental, along with her fellow actresses, artists and playwrights, in forming the Actresses’ Franchise League.

Apart from bearing one of the most gorgeous suffrage banners of all time (don’t @ me), the AFL didn’t use tradition campaigning tactics, but used performance as propaganda. The organization grew and got stronger, thanks to Edith’s strong, organizational mad skills.

Edith dedicated her life to challenging, questioning, and fighting social norms. With the drama and passion that her mother applied onstage, Edith applied it to fighting injustice and inequality.

She openly lived in a ménage-a-trois with playwright Christabel Marshall (known as Christopher St John) and artist Clare Atwood, to which her brother said was a result of her "hatred of men" (really original, Edward, round of applause to you).

Edith was a wee bit of a battle-axe; she was hard-faced and uncharismatic, unlike her mother, who once said she was too afraid to kiss her own daughter, she hated affection so much.

Despite this revulsion for PDA and hugs, Edith was absolutely dedicated to her mother.

She lived next door to Smallhythe, Ellen’s country house – although out of hatred for Ellen’s third husband, she built a hedge between their houses so she never had to see him, quite literally.

When Ellen died, she transformed the house into a museum so that her mother’s memory would be preserved forever, and the story of her stardom would shine on. Though she was estranged from her brother (who was the father of Isadora Duncan’s daughter…), she continued to share the story their family’s life, dominated by their mother, by going into partnership with an organization dedicated to saving stories of then nation…the National Trust. She died in 1947. Right up to her death, she flaunted social conventions, and lived life the way she wanted to.