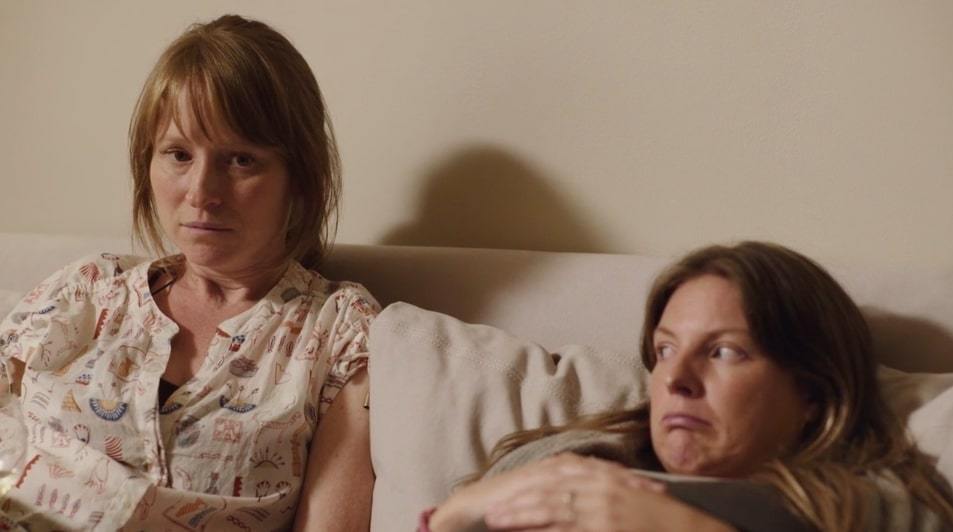 Pepper Binkley, a New York based performer, writer, and director, has created (and starred in) a sweet, funny web series about fertility with an incredible creative team. The web series, called It’s Freezing Out There, follows Pepper, an illustrator in her mid-30s, as she reevaluates her life, career, and relationships, while simultaneously grappling with her declining fertility.

This short form dramedy begins with Pepper receiving a call from her gynecologist, who informs her that her “ovarian reserve” (the eggs remaining in her ovaries) is reaching a dangerous level of low. Pepper sees the possibility of wanting a baby in the future, so she decides to explore cryopreservation, or egg freezing.

So often, media and TV shows, like New Girl and The Mindy Project, portray freezing your eggs as a professional development move for career-driven women who are not ready for a family to get in their way. Pepper has dreams of being a cartoonist for The New Yorker, but overall she feels unsure about her career, her rocky romantic relationship, and her future. At one point in the series, Pepper’s doctor hilariously asks her, “So you’re having difficulty in your mind making a choice between drawing cartoons and having a baby?” Basically, Pepper’s still figuring everything out, and the scary reality of limited fertility ends up helping her sort some things out; egg freezing becomes a great option that allows her to feel liberated from her biological clock.

A few fun facts about the show: It’s Freezing Out There was made by a team of 50% women and people of color on a tiny budget in New York City. The show features many artists’ work and highlights the work of Hallie Bateman. During Episode 6, Pepper takes a date to go dog watching, which is hilarious and totally something I would do, but it turns out you’re not allowed in a dog park without a dog! Episode 11 features a real Egg Freezing 101 course from Extend Fertility, an organization that focuses on egg freezing and affordability, and doesn’t require a psych evaluation for people looking to freeze their eggs. The 101 session featured in Ep. 11 is not branded content–it is real information presented to destigmatize the conversations we have about fertility. For example, I learned that women are born with 1-2 million eggs, but by the age 35, only 6% of her initial egg supply remains.

It’s Freezing Out There was created to watch in order, but watching single episodes is fun and easy, too! The show has 12 episodes ranging from 5 to 10 minutes, which makes the show easily bingeable. The web series is being featured at the Girl Power Film & Media Summit on March 23rd as part of Women’s History Month, so in honor of women, treat yourself to this inspiring, heartwarming miniseries as soon as you can!

Despite Success, Cast Of "Big Little Lies" Still Had To Fight For Appropriate Wages

You'll Never Understand "Russian Doll" Until You Understand The 12 Steps

Tags: It's Freezing Out There , Pepper Binkley , review , fertility , egg freezing , web series , Hallie Bateman , webseries , It's Freezing Out There , fertility
Support Feminist Media!
During these troubling political times, independent feminist media is more vital than ever. If our bold, uncensored reporting on women’s issues is important to you, please consider making a donation of $5, $25, $50, or whatever you can afford, to protect and sustain BUST.com.
Thanks so much—we can’t spell BUST without U.