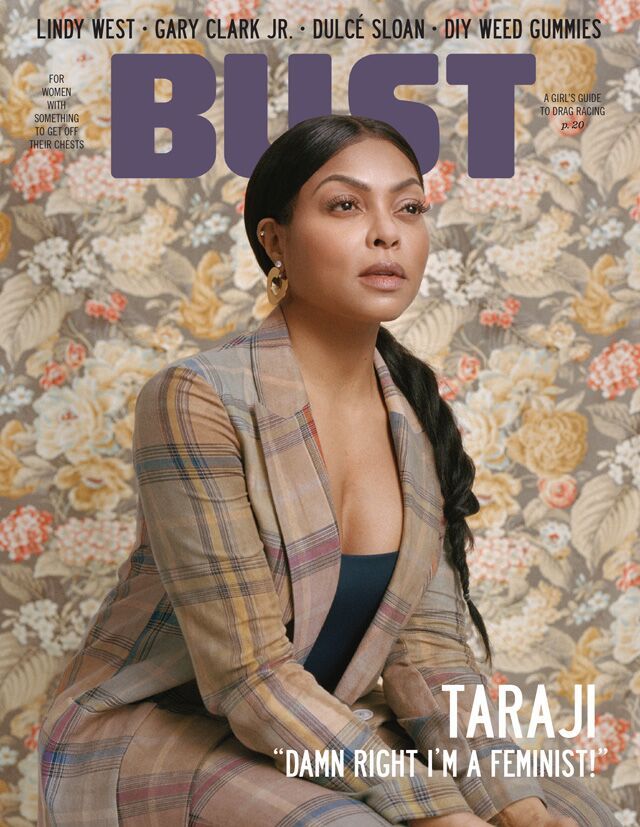 It’s still cold in NY, but our March/April 2019 cover gal, Taraji P. Henson is HOT! Well before Empire and Hidden Figures, many of us have been fortune enough to have witnessed Taraji’s versatility as early as The Division and Baby Boy. With her first comedy What Men Want out now and upcoming biopic The Best of Enemies, it’s clear that Taraji still has so much more to show us.

Check out the sneak peek of our interview with Ms. Henson below, and be sure to buy the issue on newsstands now! (Or subscribe!)

On the Hard Work it take to Maintain her Relationship with fiancé Kelvin Hayden:

“We were clear when we moved in together—we ain’t goin’ nowhere. You can’t quit and walk out. No, let’s sit down and let’s work this out. He’s actually more clear on it than me. He had to bring me up to speed. I was like, ‘Oh that’s what you gotta do? I gotta sit here and sweat it out? OK!’ He’s very patient with me. I come with a lot.”

On #TimesUp and Whether Things Are Changing in Hollywood for Women:

“When I don’t have to fight so hard for my money, I’ll know things are changing. I see women working more, but where is my money? And I mean off the bat, not the back end. Damn right I’m a feminist, because if I don’t fight for me and my kind, who will? I believe in women.”

On Her Passion Behind the Boris Lawrence Henson Foundation and the Importance of Having Access to Black Therapist:
Founded last year in honor of her late father, a man who struggled with mental health issues after his tour of duty in Vietnam. “The foundation was born out of necessity. I’ve had traumas in my life and so has my son. [Marcell’s father, William Lamar “Mark” Johnson, was murdered in 2003.] When it came time to seek help, it was hard—especially for my son. Becoming a young Black man and trying to express everything that comes with that to someone on the opposite side of the couch when they don’t look like him is hard. A lot of the issues that are going to come up are the result of people who look like [his therapist]. How is my son going to express this and not hurt [the therapist’s] feelings or feel like he can’t say something because it’s weird.”

On Life Not Being Over After Your 20s:

Tags: Taraji P. Henson , What Men Want , Empire , Cookie Lyons , Interview , Boyfriend
Support Feminist Media!
During these troubling political times, independent feminist media is more vital than ever. If our bold, uncensored reporting on women’s issues is important to you, please consider making a donation of $5, $25, $50, or whatever you can afford, to protect and sustain BUST.com.
Thanks so much—we can’t spell BUST without U.