The New York International Children's Film Festival will be running from February 22 to March 17 in various theaters across New York City. The festival, which is now in its 22nd year, is featuring a diverse array of content, from animated short films to documentaries to feature films. Even better - about 50% of these films were directed by women.

This year, the NYICFF is highlighting stories of girls around the world in their short film series entitled Girls POV. The series includes stories from Australia, Japan, Norway, Egypt, France, the United Kingdom and the United States. It is being presented with the support of the Academy of Motion Picture Arts and Sciences. Here are the 8 films that will be highlighted in the program:

A space-obsessed girl realizes that in cosmic matters, it’s all about the long game.

Rikke likes a boy. Does he like her back? Does she even want him to? Watch and find out.

An empowering story of one girl adopting a superhero identity so that she can fight back against street harassment.

A funny and sweet exploration of what it means to be a 12-year old girl, as told by the girls themselves. 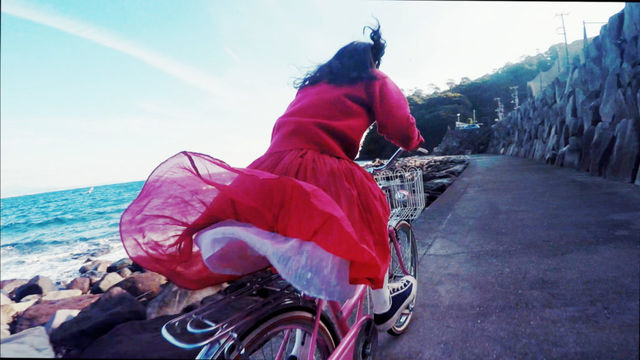 One young woman’s freewheeling ride down the Japanese coast winds along a breezy path through vivid encounters with senses, sensations, and pulsating colors.

Poet Penny sums it up best when she says “I would like to kick! ‘Cause that’s what a supergirl does.“

Sometimes you talk to the mirror, and sometimes it tries to talk back. But your body is your business—and yours alone—and one young woman has had enough.

A pugilist-in-training, Jess has big boxing aspirations, while her father worries and supports her in one-two alternations of his own.

Bring all the mini-feminists in your life (or even just yourself!). Tickets to the festival are available here.