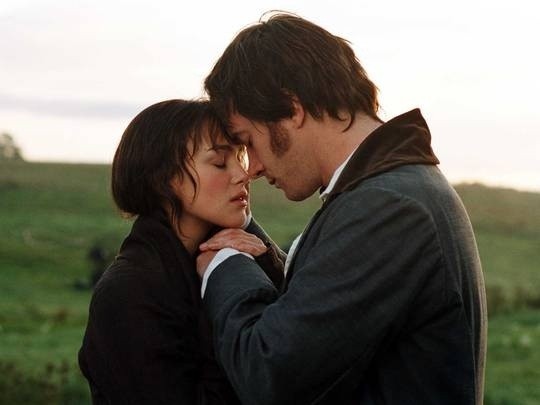 “If, however, your feelings have changed, I will have to tell you, you have bewitched me body and soul, and I love…I love….I love you.”
— Pride and Prejudice, 2005

If you are a serious, literary-minded Jane Austen fan, it may raise your blood pressure a bit to learn that there are many people who believe the above quote was actually said by Mr. Darcy in Pride and Prejudice. Similarly, there are those who are convinced that the famous scene where Darcy leaps into the lake at Pemberley is an accurate depiction of something that Austen wrote on the page. In fact, as most of you reading this will know, the above lines are said by actor Matthew Macfadyen in the 2005 movie version of Pride and Prejudice and the scene with Darcy in the lake is enacted by Colin Firth in the 1995 BBC miniseries. Neither scene is in the book. 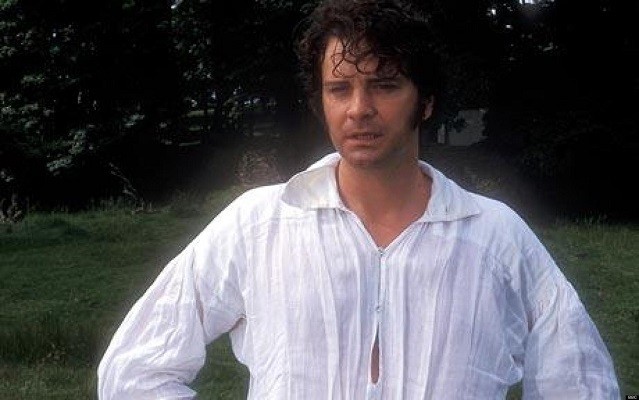 Colin Firth as Mr. Darcy in the BBC adaptation of Pride and Prejudice, 1995. Photograph: BBC.

Such is the power of a major motion picture or well made television miniseries. It not only influences how people picture a character or a setting, it can change their impression of the book entirely. In time, the events of the movie and of the book bleed together and the general public begins to take for granted that what they have seen on the screen is an accurate depiction of a famous novel which, perhaps, they have never had the time or inclination to read. 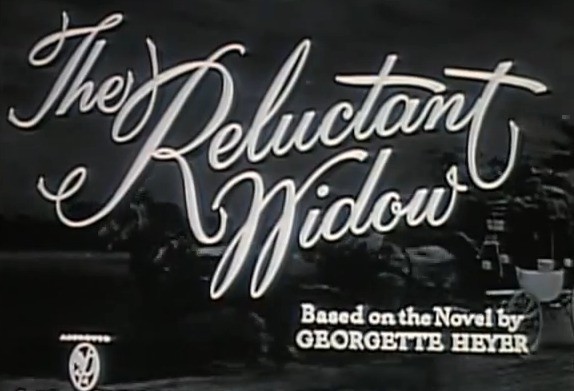 The Reluctant Widow, 1950 film adaptation. Based on the Novel by Georgette Heyer.

In 1950, The Reluctant Widow by Georgette Heyer was made into a movie starring Jean Kent and Guy Rolfe. Amongst other changes made to the original story, the heroine was transformed from British Elinor Rochdale to Helena, the French governess. The movie was not a success and, for the most part, has slipped into obscurity. I wonder how much of its failure at the box office can be attributed to deviations from Heyer’s original material? If you are a curious Georgette Heyer fan who has an hour or two to kill, you can watch it for free here and then decide for yourself.

In 1955, Heyer’s popular Regency romance, Arabella, was made into a German film titled Bezaubernde Arabella (Enchanting Arabella). Starring Johanna Von Koczian and Carlos Murphy, it takes place in 20th century Germany instead of Regency England. Arabella’s father (who is alive and well in the book) has died and the family is in debt.  As a result, she must make a wealthy marriage. This movie was also largely unsuccessful, with some calling it pointless and others a mere attempt at social comedy. Again, it is hard to tell how much of this reaction can be attributed to changes made by the filmmakers. Would an accurate depiction of Heyer’s novel have fared better? I would like to think so. 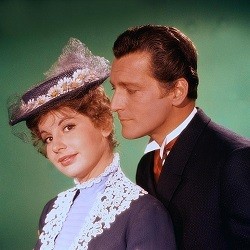 Elizabeth Gaskell’s 1855 novel North and South introduced us to the love story of John Thornton and Margaret Hale. It has been adapted twice for the small screen – once in 1975 and once in 2004. The 2004 BBC miniseries version was not as blatantly inaccurate as some adaptations of novels, but it did begin with Mr. Thornton beating a man senseless for smoking in his factory and end with a smoldering kiss on a train platform.  Naturally, neither of those things are present in the novel.

Unlike the Heyer films, however, the North and South miniseries was hugely successful. I have often wondered if this was a result of keeping the bulk of the story true to the book and changing—or adding—only those elements necessary to make it translate well to the screen. Or perhaps its success was simply a result of excellent casting. After all, what miniseries would not strike ratings gold with Richard Armitage playing the romantic lead? 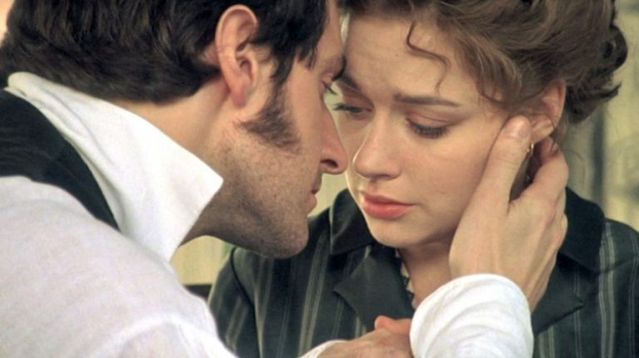 Richard Armitage and Daniela Denby-Ashe as John Thornton and Margaret Hale in North and South, 2004.

One of the most well known novels adapted to the screen is Bram Stoker’s Dracula. The number of movies, television shows, and miniseries based on Stoker’s 1897 classic are too numerous to list. Yet, how many people who know the story of Count Dracula, Van Helsing, Mina Murray, and Jonathan Harker have ever read the book? And how many imagine the title character as anything other than a caped, fanged, campy Bela Lugosi? 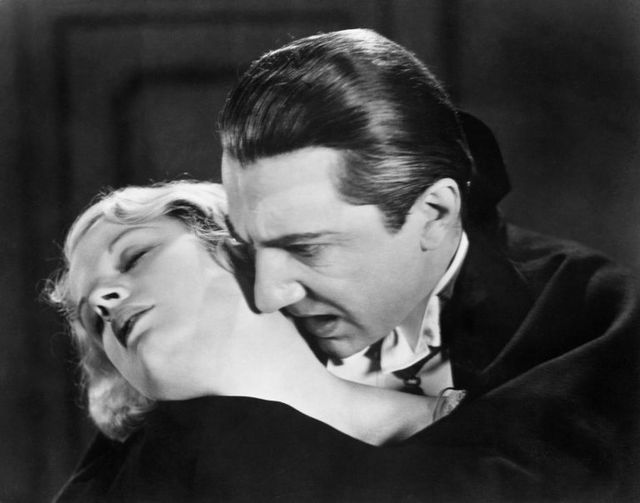 Dracula is an epistolary novel. As such, the first image we get of the Count is one recorded in the journal of Jonathan Harker upon arrival at Dracula’s castle. I include it here so that you can make your own comparison between the author’s version of Count Dracula’s appearance and the popular film version.

“…a tall old man, clean shaven save for a long white moustache, and clad in black from head to foot, without a single speck of colour about him anywhere…His face was a strong—a very strong—aquiline, with high bridge of the thin nose and peculiarly arched nostrils; with lofty domed forehead, and hair growing scantily round the temples but profusely elsewhere.  His eyebrows were very massive, almost meeting over the nose, and with bushy hair that seemed to curl in its own profusion.  The mouth, so far as I could see it under the heavy moustache, was fixed and rather cruel-looking, with peculiarly sharp white teeth; these protruded over the lips, whose remarkable ruddiness showed astonishing vitality in a man of his years.  For the rest, his ears were pale, and at the tops extremely pointed; the chin was broad and strong, and the cheeks firm though thin.  The general effect was one of extraordinary pallor.” 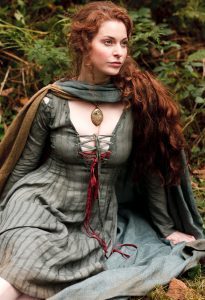 Esmé Bianco as Ros in the HBO adaptation of Game of Thrones, 2011-2013. Ros is a character who is not in the books.

One of the more recent outcries over the discrepancies between the book and screen version of a popular novel is that over the A Song of Ice and Fire series by George R.R. Martin and the HBO television series Game of Thrones. For those of us who have been reading Martin’s series for years, the alterations made to plot, setting, and characters can be disappointing, to say the least. But despite the pervasive grumbling from fans of the books (myself included, I admit), Game of Thrones is one of the most-watched series on television.

A filmmaker often has a vision all their own, as do the actors portraying the roles. As a result, we are encouraged to look at film and television adaptations as something wholly separate from the books on which they are based or inspired. Fair enough. But what about those people who have never read the novels? Do inaccurate adaptations perpetuate their ignorance? Fill their head with plotlines, quotes, and characters that never existed in the mind of the original author? Or do the film and television adaptations provoke a curiosity in the viewer—a desire to seek out the original source material and enlighten themselves? 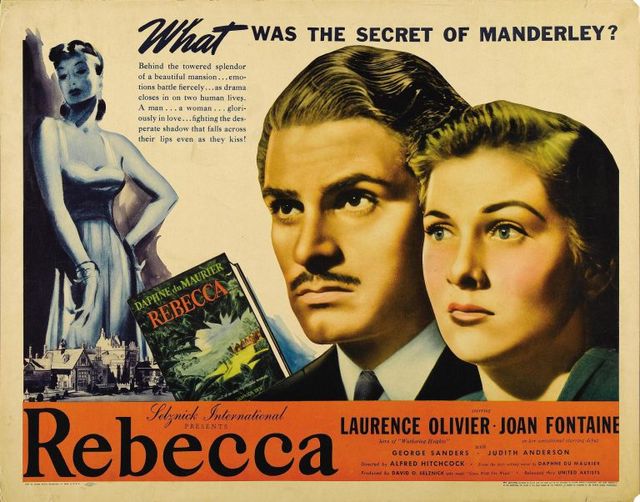 I don’t have the answer to this. What I do know is that some of the adaptations, though inaccurate, are beautifully done and thoroughly entertaining to watch. Alfred Hitchcock’s version of Daphne DuMaurier’s Rebecca comes to mind. As does the Granada adaptation of Evelyn Waugh’s Brideshead Revisted. Accuracy is, of course ideal, but having said that, I would no more give up the image of Mr. Darcy rising from that lake in the 1995 version of Jane Austen’s Pride and Prejudice than I would the image of John and Margaret on the train platform in the 2004 version of Elizabeth Gaskell’s North and South. Would you?

What Did Jane Austen's and Charlotte Brontë's Obituaries Look Like?

Why Are Miniature Portraits Everywhere In Books By Jane Austen And Charlotte Brontë?