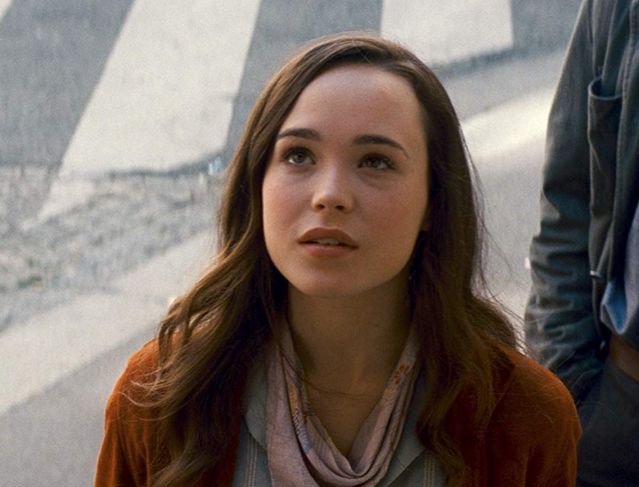 During an appearance on The Late Show With Stephen Colbert, actress Ellen Page made a passionate statement regarding the hatred and suffering perpetuated by the Trump/Pence Administration. Colbert congratulated her on the one year anniversary of her marriage to dancer/choreographer Emma Portner, which lead to a discussion on the slow progress of LGBTQ issues in Hollywood. Page grew emotional as she recalled the homophobia and misogyny she experienced throughout her career and emphasized the power of combatting isolation by finding community.

The two went on to discuss climate change and Page’s environmental activism. She took a moment to explain, “the most marginalized people, and particularly people in the world that had nothing to do with this, are the ones that are suffering the most currently.” People of color in her home country of Canada, she went on to explain, are disproportionately affected, leading to what Page calls “environmental racism.”

From there, Page segued into a critique of the media’s insufficient job addressing the urgency of climate change by making it appear as a debatable discussion, and drew a comparison to the recent attack on Jussie Smollett saying, “We have a media that’s barely talking about it. We have a media that’s saying it’s a debate whether or not what just happened Jussie Smollett is a hate crime! It’s absurd! This shit isn’t a debate!”

Page then apologized for being “so fired up” but said “it feels impossible right now with the president and the vice president, Mike Pence, who wishes I couldn’t be married. The vice president of America wishes I didn’t have the love with my wife. He wanted to ban that in Indiana. He believes in conversion therapy. He has hurt LGBTQ people so badly as the Governor of Indiana."

At this point, Page turned the attention back to the hate crime against Smollett in relation to the country’s leadership, saying “If you are in a position of power and you hate people and you want to cause suffering to them. You go through the trouble. You spend your career trying to cause suffering. What do you think is going to happen? Kids are going to be abused and they’re going to kill themselves and people are going to be beaten on the street.” Below, is a video of the full interview.

Ellen Page Came Out And We’re BUST-Ing With Pride!