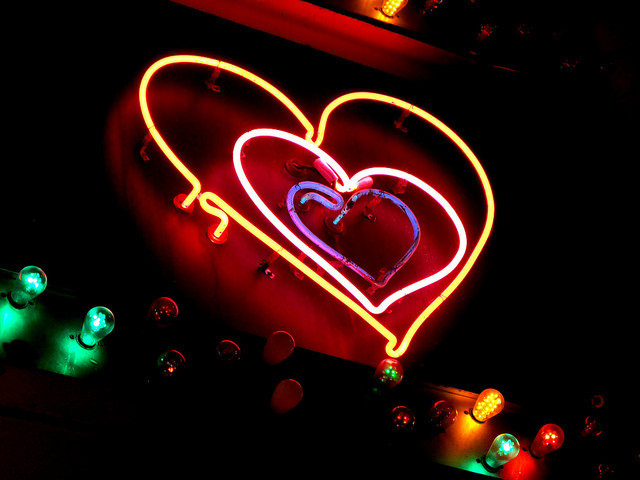 Valentine’s Day can be a really hard time whether you’re single, dating around, or in a long term relationship. Seasonal depression is still in the air (for me at least), and to fuel the depressive fire we are expected to navigate a holiday that was maybe once genuinely about love but is now a capitalist pile of cheesy cards and overpriced candy. If you are single, it can be a constant reminder of that. Even if you are happy in your single life, it’s a really awkward time to go hang out at a bar or restaurant and be surrounded by annoying couples. If you are in a relationship, there can be a lot of pressure and anxiety around making plans and getting gifts.

I have never been someone who particularly cares about Valentine’s Day either way, but I do love going to the store the day after to buy discount heart-shaped chocolates and then shoving them in my face while I watch a romantic comedy from the early '00s that reminds me of simpler times. Regardless of where you are in your love life, here are some empowering podcasts to get you through. 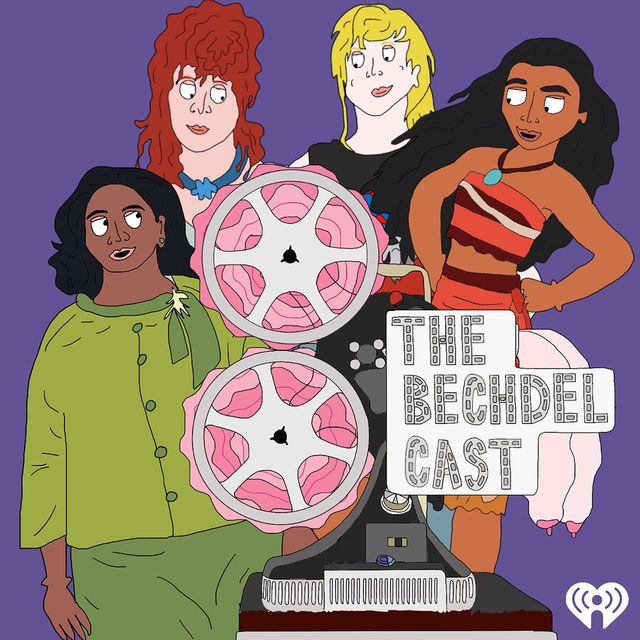 1. The Bechdel Cast, hosted by Jamie Loftus and Caitlin Durante, details the portrayal of women in film. They use Alison Bechdel’s Bechdel Test as a jumping off point but discuss the film’s representation of gender, race, and queerness. Each episode is about a different film and often has a great guest joining them. I am going to recommend starting with The Princess Diaries episode since I saw them record it live in Brooklyn with guest Marcia Belsky. 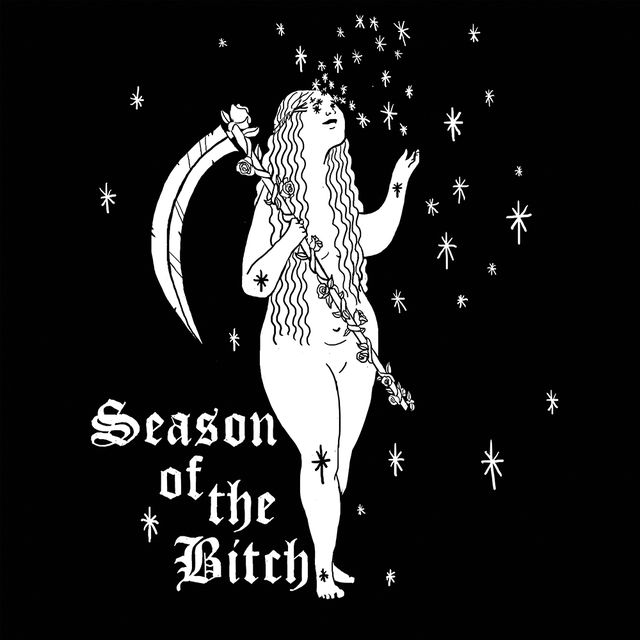 2. Season of the Bitch, run by 6 hosts who refer to themselves as The Coven, is a leftist feminist podcast filled with political goodness. Am I one of the hosts? Yes. Is it empowering? Also, yes! We delve into all different topics from a socialist feminist perspective. You can read more about SotB not written by me: here. Check out Feminists of the Animals Kingdom and get inspired by all sorts of badass ladies across different species. 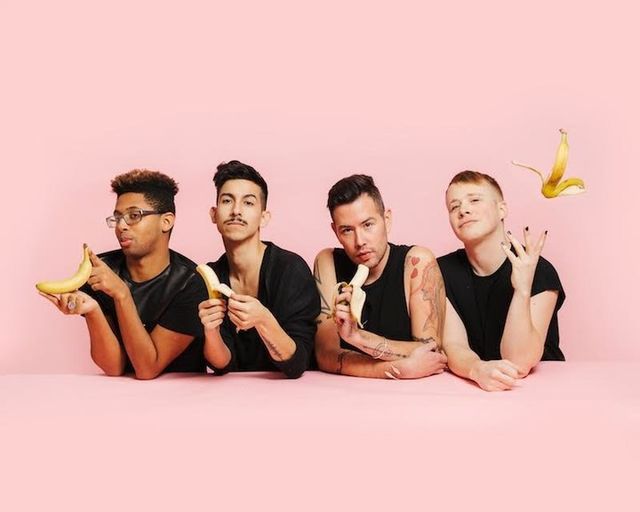 3. Food 4 Thot, hosted by queer POC, is about sex, identity, culture, and what they like to read. It is a hybrid of intellectualism and naughtiness. As their website puts it, “a delectable meal of brain food and junk food.” Listen to their episode We Are Not Lonely, We Just Hate People to instantly forget your Valentine’s Day blues, or at least commiserate in them.

4. The Heart, created by Kaitlin Prest, is about intimacy and humanity. It is more than a podcast, it is an audio art project utilizing various sounds, music, and narration to get their message across. It was hard to choose which episode to recommend since they have many powerful series but I decided to go with the first episode of their “No” series. 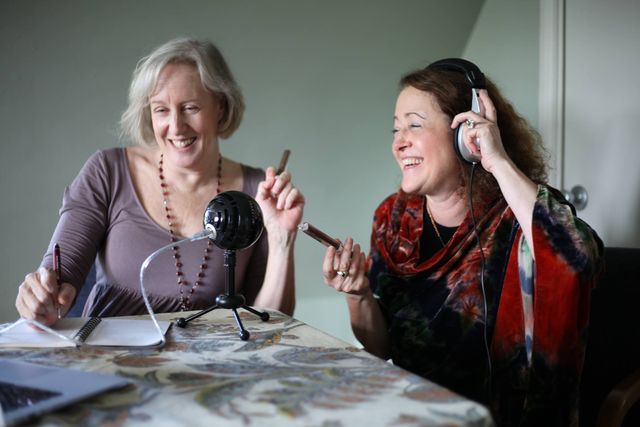 5. Shrinks on Third, hosted by psychologists Julie Meyer and Cindy Ariel, is a podcast that combines psychology and social justice. The hosts use their “wit, wisdom, and womanhood” to explore various topics and interview activists. Check out their episode There’s a Long To-Do List which features Elise Gaul and her son Ryan talking about “what it’s like to have, or to be, a family member coming out as transgender or gender non-conforming.” 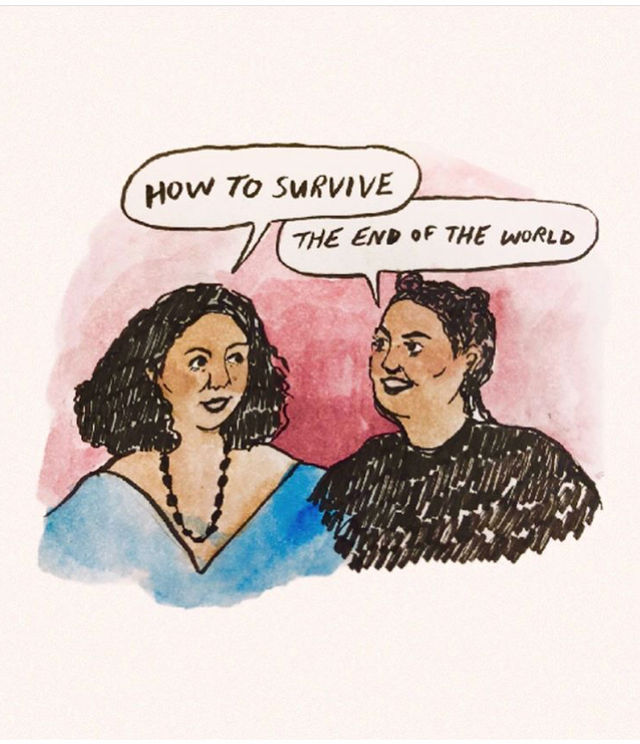 6. How To Survive The End Of The World, hosted by Autumn Brown and Adrienne Marie Brown, talks about “learning from the apocalypse with grace, rigor, and curiosity.” In a time when it feels like the end of the world could be eminent, the Brown sisters offer survival skills and comforting solidarity. Listen to their episode The Practices We Need: #MeToo and transformative justice if you’re ready for some righteous indignation this Valentine’s season. 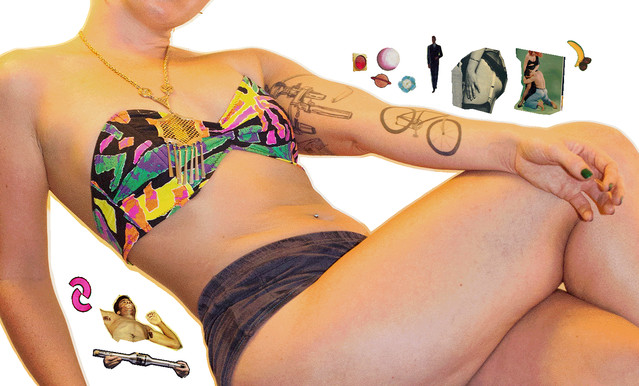 7. Why Are People Into That? (YAPIT), hosted by Tina Horn, non-judgmentally explores different aspects of human sexuality. Tina explores science, psychology, social justice and history alongside personal anecdotes and advice for exploring your own sexuality. Whether you’re single or happily committed this Valentine’s Day, it’s always a good time to explore sexuality in a non-judgmental environment. Each episode delves into a different topic so I would recommend picking the one that most spark your interest, but I will recommend the Bondage episode. 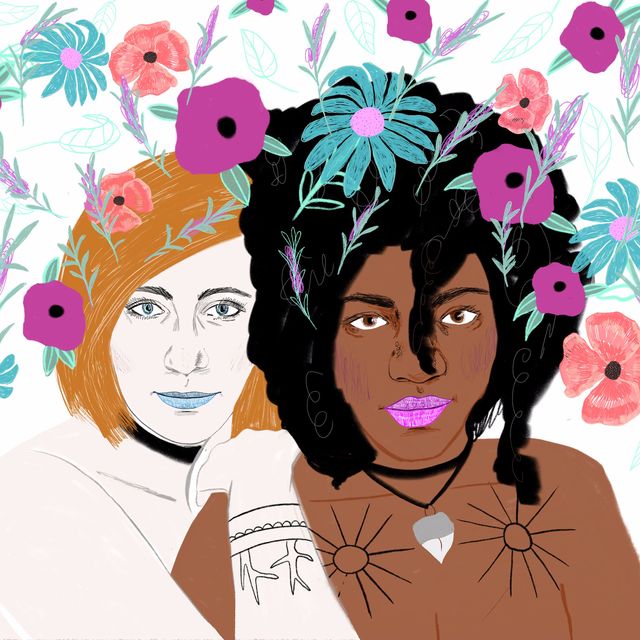 8. Femme, Collectively, hosted by Corinne Kai and Rahel Neirene, is an intentional space for queer femmes to explore intersections of gender, sexuality, emotional labor, sex, healing, and energy. In their episode Redefining Femme they interview Ruby and Queenie, who are both romantic and musical partners, about being in a cis/trans relationship and transphobia in lesbian spaces. Their music advice and fashion tips will definitely leave you feeling more empowered. 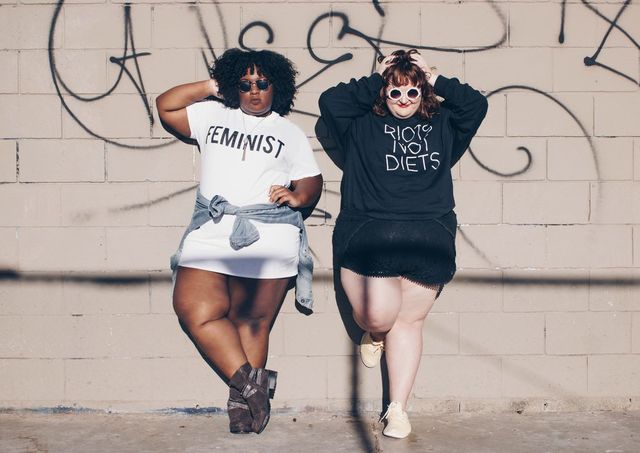 9. She’s All Fat, hosted by April K. Quioh and Sophie Carter-Kahn, rejects the ways the body positive movement has been co-opted by capitalism and examines the intersection of feminism and fatness. They talk personal experiences and pop culture while discussing how society treats fat women - and reclaiming fat as a descriptor not an insult while they do it. To stay on the theme of dating check out their episode Fat Dating: Through Thick and Thicc, or if you never want to hear about dating again, try their episode New Year, Same Fat Us. 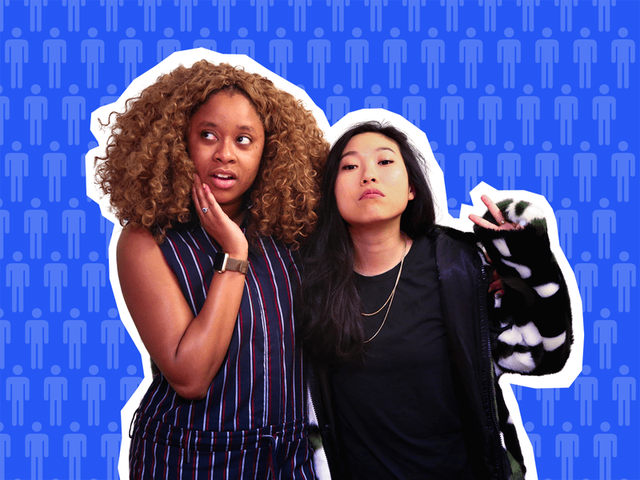 10. Sooo Many White Guys, hosted by Phoebe Robinson and produced by Ilana Glazer, is consistently fun and uplifting. Phoebe interviews actors, writers, comedians, and musicians who are successful in their field without being white guys! Then at the end of each season, she interviews one token white guy. Check out her episode with Awkwafina to hear about Asian-American representation in media and how hard it is to find a place to pee in New York City.

Feminist Folklore Gets Feted And Flamed On The "Poptarts" Podcast

Tags: feminism , women , queer , podcasts , pop culture , The Bechdel Cast , Food 4 Thot , Season of the Bitch , The Heart , Shrinks on Third , How To Survive The End Of The World , Why Are People Into That? , Femme Collectively , She's All Fat , Sooo Many White Guys , Phoebe Robinson , Ilana Glazer