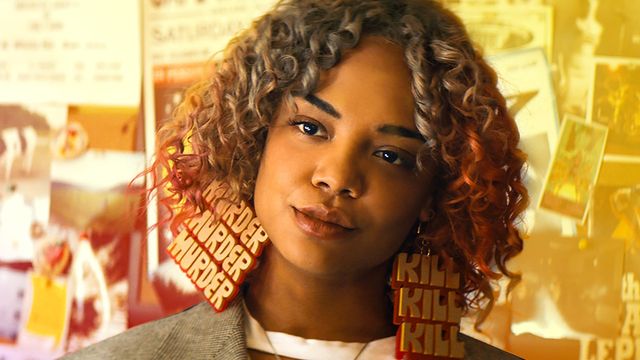 A panel discussion at The Sundance Film Festival brought forth an exciting initiative which hopes to narrow Hollywood’s pervasive gender gap, Deadline reports. In a speech, Tessa Thompson announced the 4% Challenge, which encourages filmmakers to commit to working with women directors, especially women of color, within 18 months.

Last night in a keynote speech at @sundanceorg I announced that I will join the @TIMESUPNOW #4percentChallenge. I will work with a female director in the next 18 months. I know @brielarson, @kerrywashington, & @jurneesmollett are in. Which male actors are with us?

I also committed to Doubling the number of women and POC journalist covering the films I have coming out this year. (One in April and in June). TimesUpx2 https://t.co/WFFSXSwuhB

“Because only 4% of the top 100 studio films over the last DECADE have been directed by women, #TIMESUP is initiating a challenge, the 4% challenge, and I intend to take it: I commit to working with a female director in the next 18 months.” -@TessaThompson_x #TIMESUPX2 pic.twitter.com/GjsuqeryKj

Dr. Stacy L. Smith of the USC Annenberg Inclusion Initiative disclosed that many high-profile leaders in the industry have already agreed to the challenge, including Franklin Leonard, Nina Jacobson, Angela Robinson, Amy Schumer and Paul Feig. Many more celebrities have taken to Twitter to announce their support.

I officially accept the #4percentchallenge to announce a project with a female director on a feature film in the next 18 months. No better time to start than now with my new film #Hustlers directed by @lorenescafaria@inclusionists#TIMESUPX2

According to a study conducted by the Annenberg Inclusion Initiative, from 2007 to 2018, only 4% of 1,200 top grossing films were directed by women. In an effort to increase this unfortunate but unsurprising statistic, the Inclusion Initiative as well as Time’s Up launched the 4% Challenge. The list of participants keeps growing and can be viewed on the organization’s website. While the lasting effects of the challenge are yet to be determined, it will be exciting to see the work from women creators as a result of the commitment from industry leaders who have agreed to the initiative.

"The American Meme" Is Most Disturbing Movie Of The Year