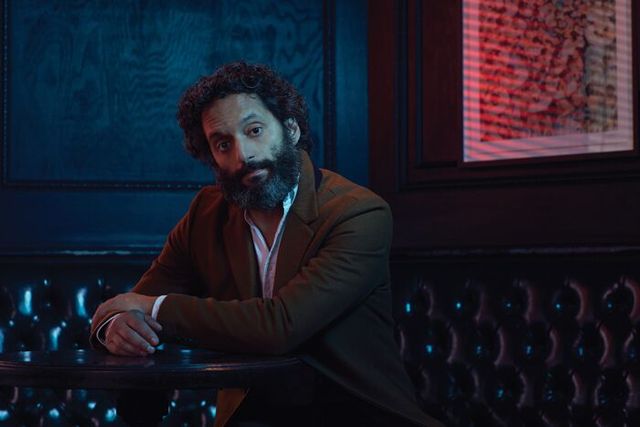 Jason Mantzoukas is a real human. This may seem like an odd thing to say about a hilarious actor, but it’s necessary. The son of a Greek immigrant father and Greek-American mom, Mantzoukas, 46, has built an incredible résumé by playing a variety of funny dirtbags and sexy weirdos. He’s so good at disappearing into his characters, in fact, that fans sometimes forget that he’s pretending.

This is particularly true when it comes to his stint as Rafi on FX’s The League, where the Massachusetts native was tasked with playing a maniac obsessed with feces, criminality, and his own sister. “The compliment I take from it is, nobody ever says, ‘Oh shit, Jason Mantzoukas!’ Or, ‘Oh shit, the actor who played Rafi,’ he says. “They are like, ‘Rafi is here!’ As if to say, ‘There’s a bear here.’ You know what I mean? They think that I’m an actual monster that is where they are.” The downside of this kind of fame, is that fans often try to get physical, grabbing him from behind on the street or yanking at him at a bar. To de-escalate, Mantzoukas says, “I respectfully ask people not to touch me. I go very low voice. I go very quiet.”

Mantzoukas began performing in high school theater productions and Boston-area punk bands before studying improv at the Upright Citizens Brigade Theatre in New York City. (He now performs at the Los Angeles branch at least twice a week). And aside from Rafi, he’s currently known for co-hosting the popular film podcast How Did This Get Made?, as well as his roles on the TV comedies No Activity, Big Mouth, The Good Place, and Brooklyn Nine-Nine. He also did one episode of the Gilmore Girls series revival, “because I begged them,” he says of the show, which he’s loved for years. When I ask if he got to visit the iconic Stars Hollow gazebo, he looks mildly pained. “I shot on location somewhere else,” he sighs. “Don’t get me started.” 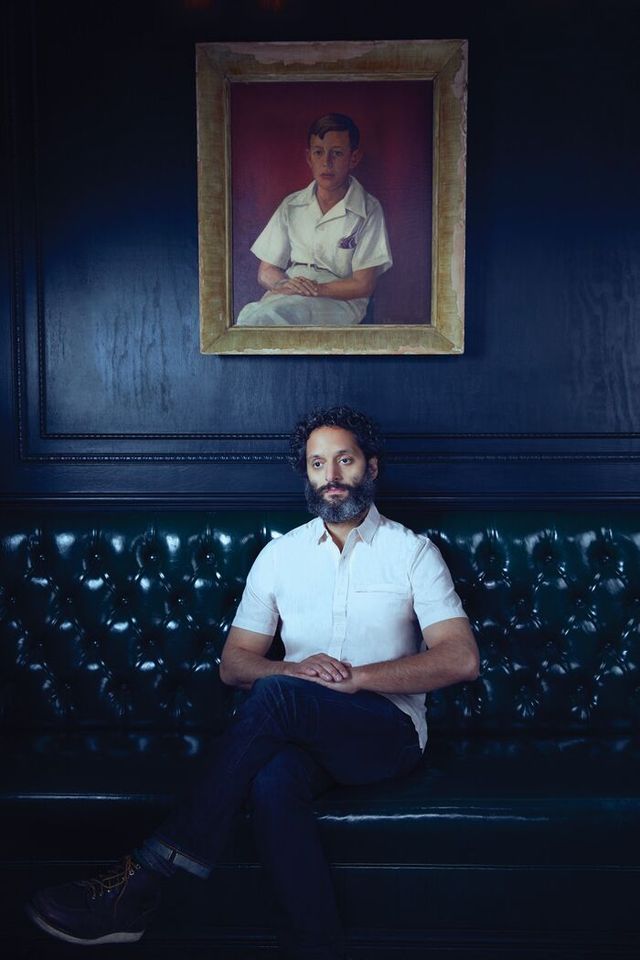 Speaking of girls, Mantzoukas has a distinct appeal among female fans. But when they gush about him online, they often sound kind of surprised by their attraction. Mantzoukas characterizes his usual flirty feedback aptly: “It sounds crazy and I don’t know what’s wrong with me, but, I think Jason Mantzoukas might be sexy?” He seems to find it amusing, not insulting, because if there’s anyone who knows that Jason Mantzoukas plays a lot of scuzzy guys, it’s Jason Mantzoukas.

Now poised to transition to more film roles after positive reviews for his 2018 indie flick The Long Dumb Road, Mantzoukas will soon appear in John Wick: Chapter 3, where he plays a character named “Tick Tock Man.” It’s all very hush-hush, but one thing is certain—somebody will write a thinkpiece about how they kind of want to make out with Tick Tock Man. And he’s sure to take it all in stride. Because the real Jason Mantzoukas is proof that the good guy occasionally does win. Although he may have to play some not-so-good-guys along the way.