Carol Channing Passes Away At 97 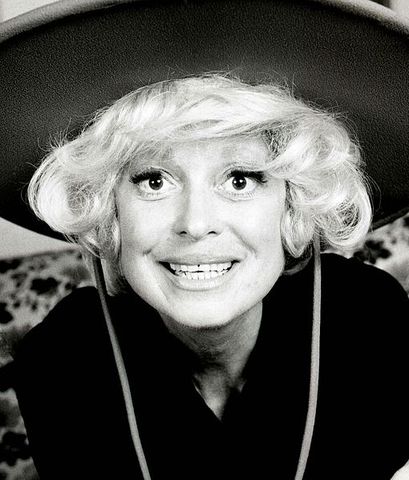 Larger than life star Carol Channing passed away this morning from natural causes at 97, her publicist told CNN. Channing was born in Seattle in 1921 and grew up in San Francisco, where her parents were devout Christian Scientists. According to NPR, Channing was rocketed into the spotlight in 1949 when she portrayed Lorelei Lee in Broadway’s Gentlemen Prefer Blondes. Later, in 1964, Channing won a Tony Award for her career-defining role as diamond-loving gal, Dolly Gallagher Levi, in Hello, Dolly!

Channing's role as Muzzy Van Hossmere in the 1967 movie musical Thoroughly Modern Millie resulted in her first Golden Globe and blessed the world with her now-iconic “Raaaaspberries!” line.

BUST's October/November 2016 interview with Channing is a lovely celebration of her radiant spirit and dazzling personality. In the interview, Channing joked that at 95 her biggest fear was falling, called laughter healing, and advised young women to “dedicate yourself to pursuing and understanding every aspect of your work, and concentrate on the things that bring you great joy.” In her lifetime, Carol Channing paved the way for so many and the joy she inspired will never be forgotten.

Carol Channing: "How Could I Possibly Have Regrets?" BUST Interview

Tags: Carol Channing , passing , Broadway
Support Feminist Media!
During these troubling political times, independent feminist media is more vital than ever. If our bold, uncensored reporting on women’s issues is important to you, please consider making a donation of $5, $25, $50, or whatever you can afford, to protect and sustain BUST.com.
Thanks so much—we can’t spell BUST without U.