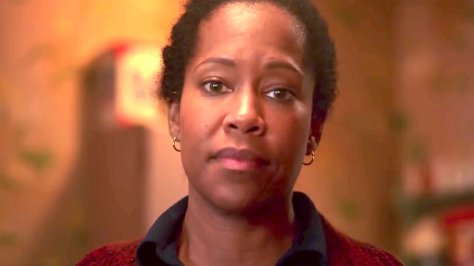 Queens Sandra Oh, Regina King, and Glenn Close each won their categories and our hearts with their Golden Globes speeches last night.

Oh made history as the first Asian woman to win the Golden Globe for Best Actress in a Drama Series for her role in BBC America’s Killing Eve—and for being the first Asian host of the show. In her acceptance speech for her win, she thanked her parents, speaking in Korean. As sweet as it was, the real speech to watch from Oh came at the conclusion of her opening monologue with co-host Andy Samberg.

“I said yes to the fear of being on this stage tonight because I wanted to be here, to look out into this audience, and witness this moment of change,” Oh said. “I’m not fooling myself; next year could be different, it probably will be. But right now, this moment, is real. Because I see you, and I see you. All these faces of change. And now, so will everyone else.”

This moment of appreciation for the diverse casts of 2018 set the tone for the evening. Many award winners throughout the night spoke about their gratitude for the stories told in 2018.

Regina King won Best Supporting Actress in a Motion Picture for her work in If Beale Street Could Talk. Her acceptance speech added to Frances McDormand’s inclusion rider speech from last year’s Oscars, as King promised, “I am making a vow, and it’s going to be tough, to make sure everything I produce [in the next two years], that it’s 50% women.”

King ended her speech by challenging those both in and outside of the entertainment industry to use the power they have to follow suit.

In one of the last awards of the night, Glenn Close won Best Actress in a Motion Picture Drama for The Wife. The movie, about a woman who writes her husband’s Nobel-winning novel, took a long time to make—“It’s called The Wife. I think that’s why it took 14 years to get made,” remarked Close.

Close related her mother’s subservience to the societal expectation of women as nurturers, but turned it into a call for women to find their own fulfilment in life. She received a standing ovation.

It may feel as though these speeches, among others throughout the night and surely ones to come this awards season, are beating a dead horse. Is it necessary for everyone to still reference Time's Up, #MeToo, and the need for diversity in filmmaking?

Filmmaking is a long process. The average amount of time it takes to make a studio film from greenlighting it to the wide release is just under two and a half years, according to data researcher Stephen Follows' "Film Data and Education." And that’s a studio film, AKA the well-oiled machine version of movie-making.

That means we haven’t truly seen the repercussions of #MeToo and Time’s Up on the big screen yet. It also means those in power in the industry are only just now seeing the positive returns of diverse stories and casts on screen. This is exactly the right time for award accepters to emphasize the need to continue the push for more women and people of color in front of and behind the camera because in the timescape of filmmaking, those in power are still in the “testing the waters” phase, deciding if this is a trend that should become the norm or not.

Until it is the norm, we'll continue to have awards shows like last night. Several films with diverse cast and directors of color will get nominations (BlacKkKlansman, Crazy Rich Asians, Black Panther, etc.) but will walk away empty-handed, while more mild-mannered films that loosely and problematically claim progressive values (*cough* Green Book*cough*) win big.

Top photo: Regina King in If Beale Street Could Talk

Sandra Oh, Before 'Killing Eve': From The BUST Archives