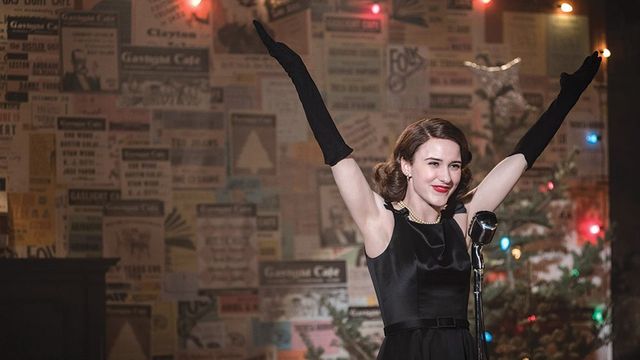 Yesterday, my blood really started to boil when Forbes released an article called "The World’s Highest-Paid Comedians Of 2018," which included a list of the wealthiest comedians. And surprise, surprise—the list included only men. Jerry Seinfeld, Kevin Hart, Dave Chappelle, Chris Rock, Ricky Gervais, Gabriel Iglesias, Terry Fator, Jim Gaffigan, Jeff Dunham, and Sebastian Maniscalco all made the top 10, which is cool for them, but instead of reading about their money successes, I made a list of ladies who make me laugh harder, think more, and feel deeper. So, without further ado, in no particular order, I present a list of lesser-known lady comedians who deserve more credit for making some major comedy waves in 2018.

1. Kate Berlant is an actor, writer, and comedian who specializes in absurd, experimental comedy. She voices characters on HBO’s Animals and Netlfix’s Bojack Horseman. Her episode in Netflix’s original series The Characters had me in stitches and highlighted Kate’s impressive improvisational skills. Kate’s deadpan characterizations are beyond brilliant and refreshing and the characters she created in her Netflix episode are worthy of their own full-length comedy documentaries.

2. Tig Notaro is a stand-up comic, writer, and actor who has mastered deadpan comedy. Tig’s humor is self-effacing and she frequently processes grief in her comedy. Tig was diagnosed with breast cancer in 2012 and based a comedy set entirely around cancer. She wasn’t originally sure how audiences would react, but Tig's sets about double masectomies and chemo changed the comedy scene. Tig’s Happy to Be Here special on Netflix this year made my heart smile and is a must-see for Indigo Girls fans.

3. Michelle Buteau is a comedian, actor, and podcast host who is unapologetically funny, bubbly, and honest. Her podcast with WNYC Studios, "Late Night, Whenever!," is worthy of actually being on late night television, and her episode on Netflix’s The Comedy Lineup should have been its own Michelle Buteau special.

4. Aparna Nancherla is a comedian with a softer tone and a dry, existential sense of humor. On her website, Aparna describes her sense of humor as “a wine you didn’t order.” Every time I listen to or watch Aparna work, I am pleasantly surprised by her intelligent, honest silliness. As a fellow introvert, I relate to Aparna’s comedy on a spiritual level. Watch her episode on Netflix’s 2018 The Standups now!

5. Taylor Tomlinson is an up-and-coming, young stand-up comedian and podcaster who caught my attention with her sets on The Tonight Show with Jimmy Fallon and Conan. Taylor does the "Self-Helpless" podcast with two equally funny ladies, Delanie Fischer and Kelsey Cook. "Self-Helpless" talks all things self-improvement with a humorous twist. Check out Taylor’s episode on Netflix’s The Comedy Lineup for more fresh takes on life, desires, and family.

6. Cameron Esposito is an unapologetic comedian, actor, and podcaster who talks about feminism, the LGBTQ+ community, and social justice in her work. Cameron’s most recent standup special, Rape Jokes, tackles surviving sexual assault in a comedic way. The special is political, heart-felt, it creates a new talking point in comedy, and all of the proceeds from the special benefit RAINN (Rape, Abuse and Incest National Network), a nonprofit anti-sexual assault organization.

7. Megan Amram is a Twitter comedy queen. Follow her @meganamram for your daily dose of funny. Megan's Twitter account launched her career in 2010, and she is now an Emmy-nominated comedy writer who wrote for Silicon Valley, Parks and Recreation, and she currently writes for The Good Place, the greatest TV show in my regularly watched repertoire.

8. Naomi Ekperigin is an actor, comedian, and writer who has written for Broad City, Difficult People, and who regularly appears on 2 Dope Queens. Naomi’s voice, cadence, and comedy are absolutely captivating. She is witty, hilarious, and she tells it like it is. Naomi Ekperigin and Tiffany Haddish in a buddy comedy is something I frequently dream about. Also check out Naomi's amazing podcast "Couples Therapy," on whichever podcast platform you use!

9. Ali Wong is a stand-up comedian, writer, and actress with two Netflix specials, Baby Cobra and Hard Knock Wife, both of which she did while heavily pregnant. Ali tackles motherhood, marriage, and womanhood with a frankness like nobody else. This woman is wicked smart, quick, and funny.

10. Hannah Gadsby is a stand-up comedian and writer who changed the way I think about comedy. Her Netflix special Nanette is a work of art that is not only extremely funny, but is also an angry, cathartic critique of society. Hannah bares her soul in this special and her rawness blew my mind in a way I didn’t know was possible.

I could honestly write forever about badass women in comedy and the game-changing work they are doing. For example, Kate McKinnon, Aidy Bryant, Cecily Strong, Jessica Williams, Phoebe Robinson, Abbi Jacobson, Ilana Glazer, Tiffany Haddish, Amy Poehler, Tina Fey, and Julia Louis-Dreyfus are just a smattering of some of the more well-known names that also inspire me on the daily. All of these women are funny, smart, and heart-felt in their comedy and they deserve to be paid as much as men. So, on this day, to the comedy industry I say, "Be better." And to the highest-paid comedians of 2018 I say, "thank u, next."

Penny Marshall, Star Of "Laverne & Shirley" And Director Of "A League Of Their Own," Has Died At Age 75